When two unlikely things come together, it usually leads to beautiful results. Just try to search for unlikely animal friendships on Youtube and not awwww at the videos of a chimpanzee hugging a baby-tiger. Or rewatch the first Step Up… Chaning Tatum was so young and still single and did backflips at the car park wearing a tank top… ok, I am getting carried away. The point is he was a street-dancer and she was a ballerina and who would have thought they’d fall in love and create an awesome dance in the end of the movie? What an unimaginable twist! Long story short, in the spirit of mixing up the unexpected I brought together Russian and Sri Lankan cuisines to create a perfect breakfast item. 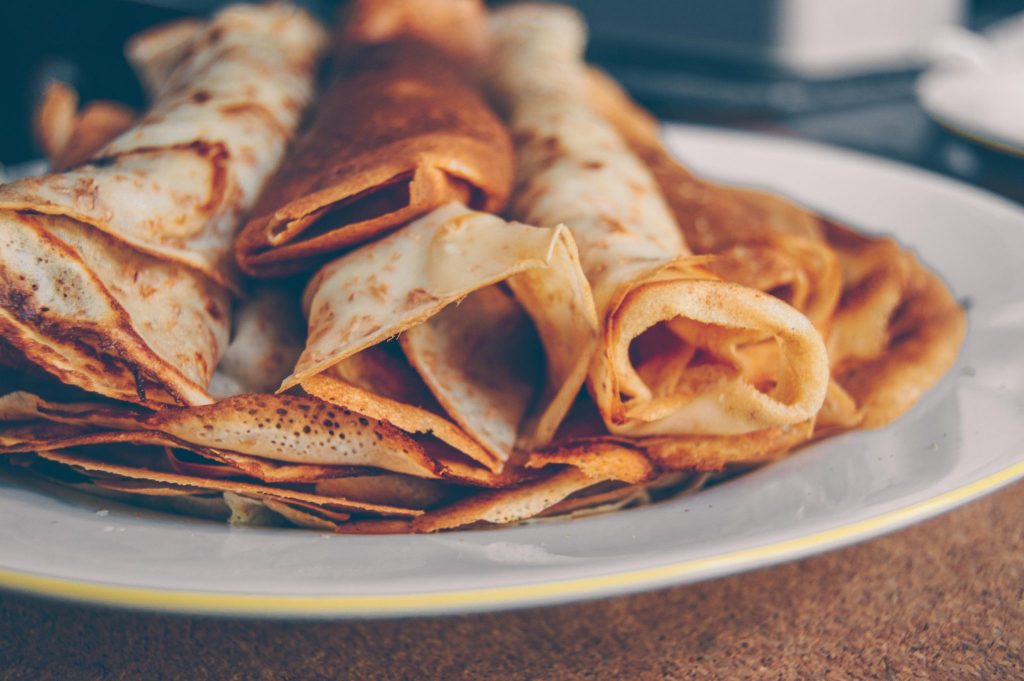 It was at the highway rest stop on the way to one of Sri Lanka’s pristine beaches that the idea came to me. We stopped to have some coffee and snacks. Neither the former, nor the latter were particularly inspiring. Rest-stop-material, you know. Until my father-in-law brought Sri Lankan pani pol pancakes. Sweetened coconut the color of burnt sugar was rolled inside a thick yellow pancake. 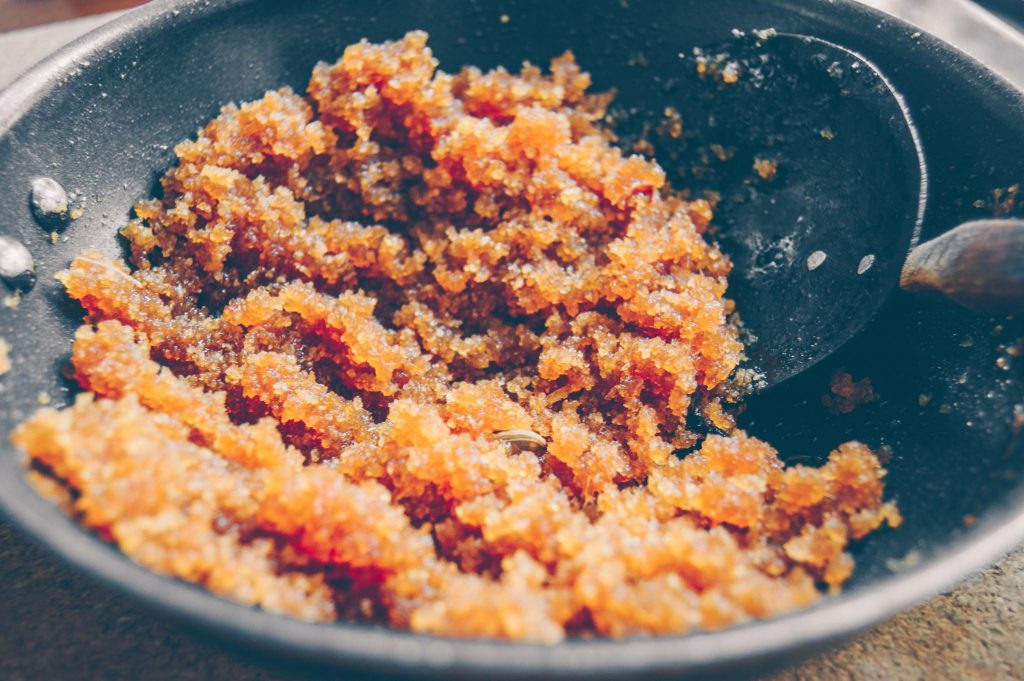 The pani pol pancakes reminded me of Maslenitsa that was running full speed in Russia that week. During Maslenitsa Russians celebrate the end of winter for a whole week with games, dances, fights (scheduled, wall-on-wall, no-particular-reason type of fights) and pancakes. Let it sink in: the winter in Russia is so bad we celebrate the end of it for a whole week. A pancake, or blin in Russian, symbolizes sun and the start of spring and warm weather.

I was in the middle of telling my parents-in-law all about the custom of burning a doll representing winter at the end of the festival (again: how bad is winter in Russia that we have to burn a symbolic doll when it ends) when it dawned on me: I should make some blini and stuff them with pani pol.

Not an eye-opener, not a tremendous discovery, I know. Pancakes filled with pani pol were already in front of me on the table. But the idea of hot Russian blini with soft center and crispy edges stuffed to the brim with sweet coconut was irrisistable. “We should make it on a weekend!” I turned to my mother-in-law. “I make blini, you make pani pol” I continued in a true spirit of division of labour. 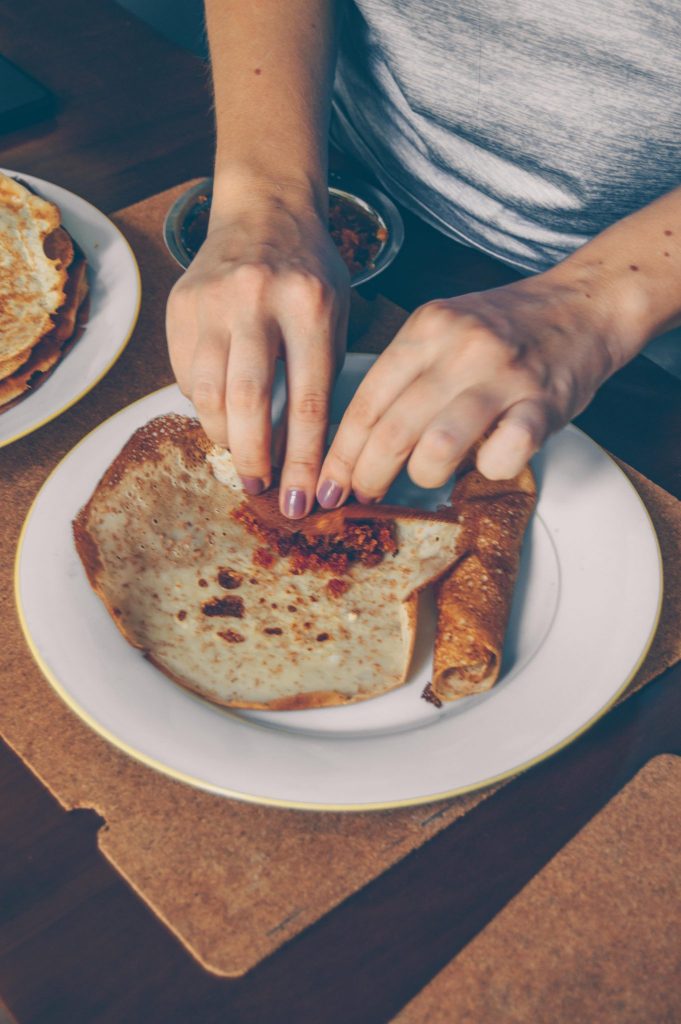 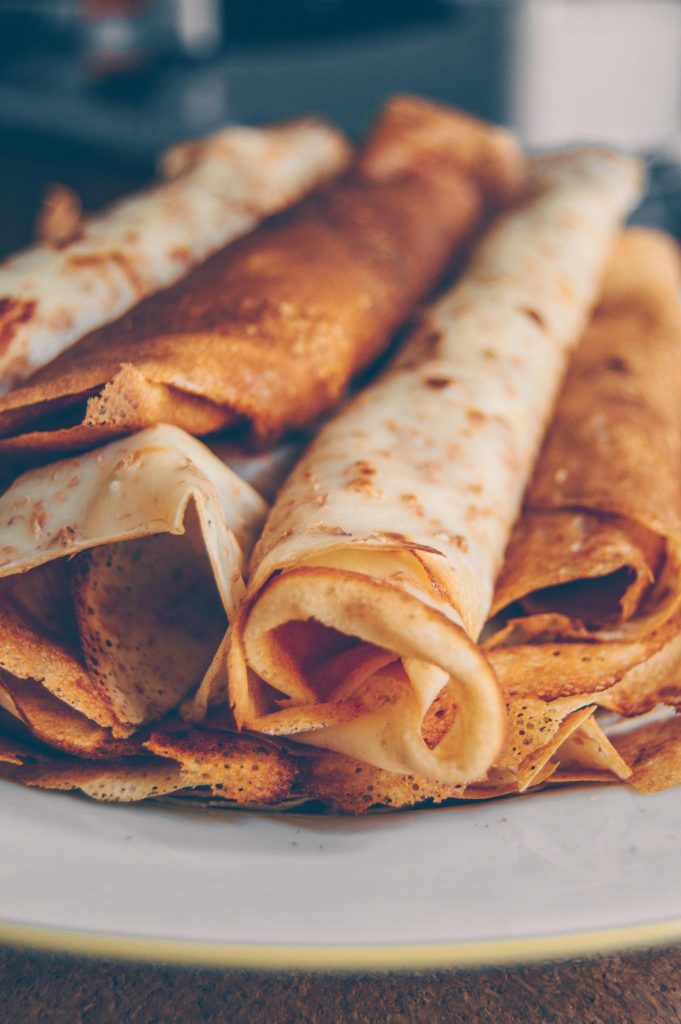 It was one of those things I just knew would work. There was no other way. It had to. And it did.  My mother-in-law and I stood at the stove on a Saturday morning, me flipping blini on two pans at once, her caramelizing sugar and mixing in freshly grated coconut. I think of those blini now as a perfect end of my Sri Lankan winter. When you spend three months under burning sun surrounded by palm trees instead of braving the cold and snow, it makes perfect sense to stuff Russian pancakes with coconut instead of, say, caviar. For every blin I stuffed with pani pol and rolled up I put another one straight into my mouth, doubling down the total amount of pancakes left for the family. I was celebrating the end of a tropical winter, give me a break! 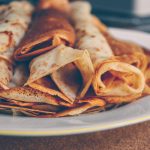 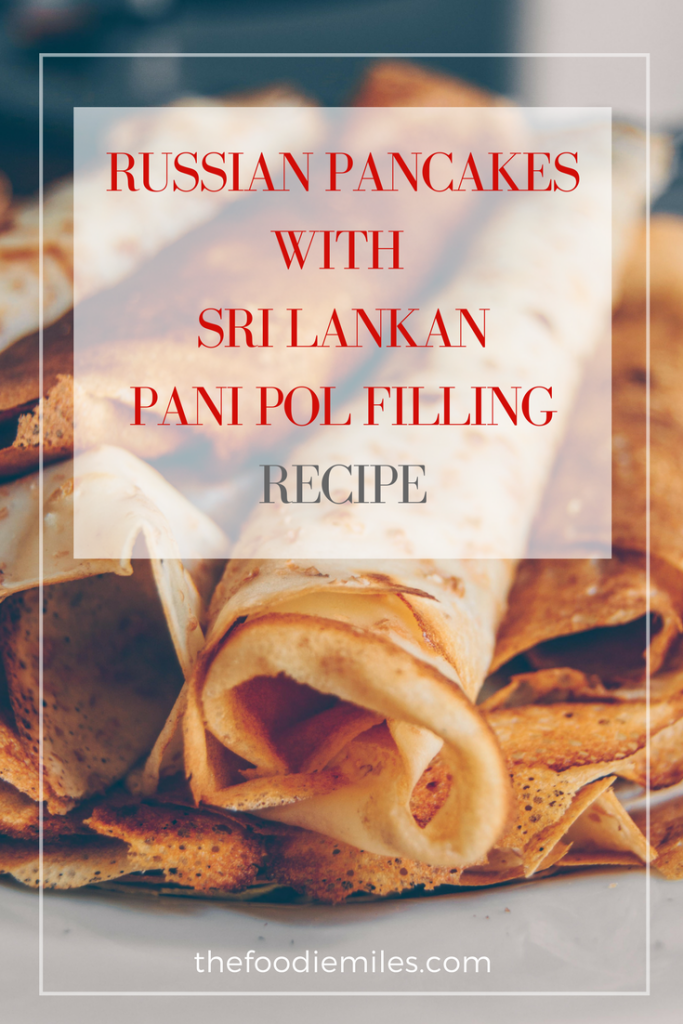