Enough with the Evil Russians! (Stranger Things Made Me Write This)

On July 4th, season 3 of Stranger Things hit Netflix and immediately smashed its ratings records with over 40 million households streaming the show. If we assume there are two people in every household (which I guess is way below the actually number), at least 80 million people watched the series. And, at least 80 million people were, once again, sold on the idea that Russians are the the evil of the world and have to be destroyed. As a Russian, I am not surprised by this turn of events on television. I just did not expect such a betrayal from one of my favorite TV shows.

This post contains a ton of spoilers, so if you haven’t watched the show yet, maybe come back and read this delightful rant later. 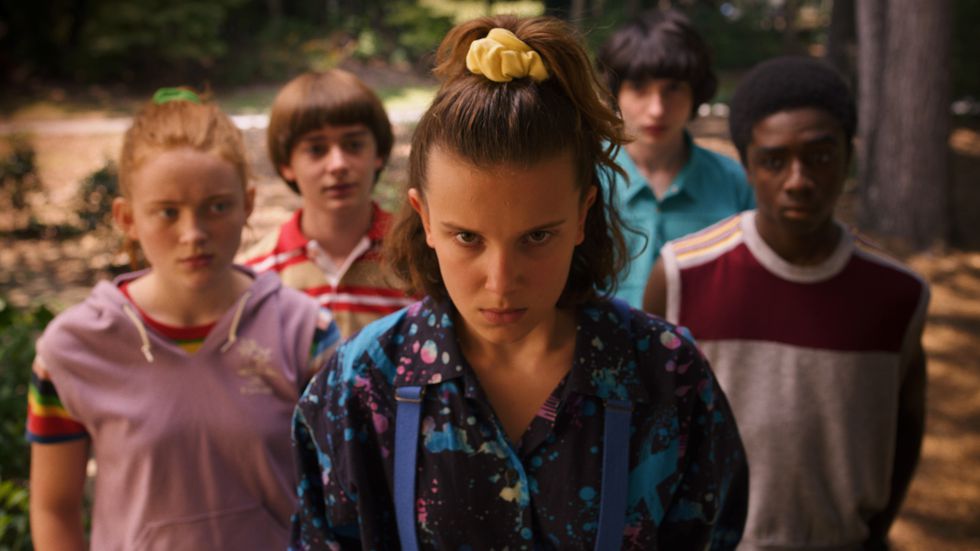 The opening scene of the show takes us to a laboratory where a bunch of scientists is trying to break open the gate to Upside Down under close supervision of military men. The whole scene progresses in complete silence. The uniform of the general should have warned me something is off, but it didn’t… it didn’t. It’s only after the massive generator-thingy explodes, effectively burning everything and everyone to the ground, that the scientist-in-chief finally says in Russian: “Comrade-general, we are so close”.

Evil Russians working on opening the gate to Upside Down for no particular reason.

At this point I realize that season 3 is going to be about heroic American kids saving the world from bad Russian guys, and the first words out of my mouth are: “Да еб твою мать!” which is an inappropriate expression of ultimate frustration in my mother-tongue (Google Translate does a good job if you need a direct translation). The feeling stayed with me for the whole 8 episodes.

Throughout the series, the Russians are commonly referred to as “commies”, “the reds”, “russkies”, “the enemy of the state” and my personal favorite “evil Russians”. Don’t get me wrong, I am quite used to Russians being portrayed as villains in Hollywood, but for the first time I heard someone actually say the words “evil Russians”. Mind you, these words are not applied to particular characters in the series, they are conveniently used to describe the whole nation, as in: Italians are emotional, Germans are direct, Americans are easy-going, Russians are what? Russians are evil.

A Soviet colonel who takes special pleasure in drugging and beating up children.

Russians are in fact so evil they watch their comrades burn to ashes without blinking an eye, beat up and drug children on a regular basis and kick women in the stomach. Every Russian character in the show is flat and one-sided. There’s an Arnold Schwarzenegger stand-in whose only job is to look menacing and choke people mid-air. There’s a general who finds slapping teenagers fun and does evil laugh convincingly. There are Soviet soldiers here and there who add some “authenticity” to the scenes.

In Hollywood, directors usually offer a prominent antagonist, like Ivan Drago in Rocky IV or Egor Korshunov in Air Force One. One bad Russian guy against the American hero. In Stranger Things, no-one in particular is the bad guy, and that was the most disturbing thing of all. It’s Russians in general who are portrayed as the Big Bad.

The only kinda-good Russian guy in the series helps Americans close the gate to Upside Down and declares that he would like to get American citizenship right before getting shot by his Russian comrade for being a traitor. The moral is: all the Russians are evil except for the Russians who betray their country and decide to become Americans.

You might argue that the series is based in the 1980’s when the Cold War was in full swing, so portraying Russians as bad guys is justified. To which I have to say, that although the show is set in the 80’s, the show’s creators live and write in 2019. Stranger Things is a young adult fantasy, not a political drama, that did well without Russians for two glorious seasons.

If you think about it, there’s no real reason for the Russians to be in the show. It is never explained why they are trying to open Upside Down. The Russians are just a necessary “something new” in season 3, wholly caused by screenwriters’ creative choices and not by the plot necessities. Although making Russians the bad guys in 2019 can hardly be called creative. 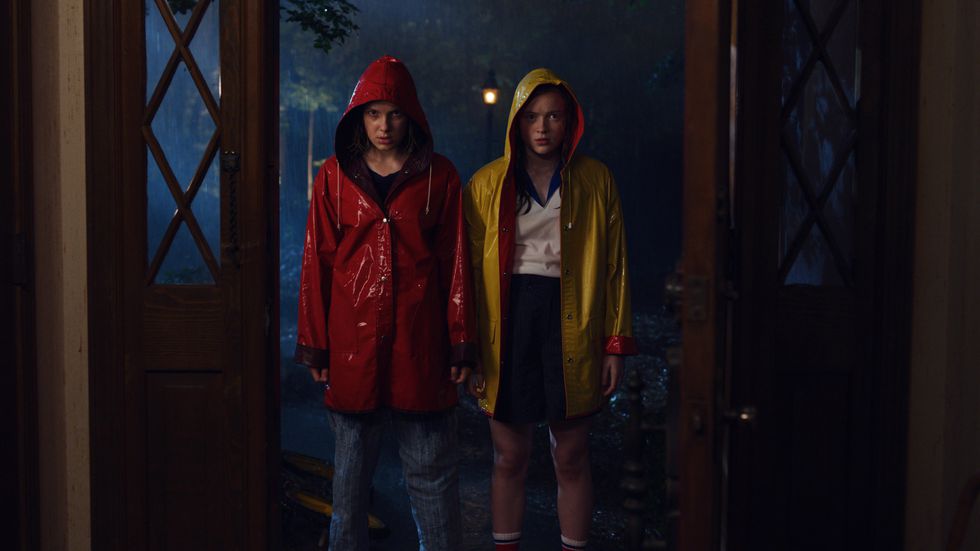 By the end of the season, I found myself in an odd position of rooting for the “evil Russians”. Because if you show us as horrible human beings, well, maybe we should act like that and see what happens.

I’ll give Stranger Things credit for one thing: hiring Russian actors to play Russian characters. It annoys me to no end when American actors play Russians and try to speak the language. In 9 cases out of 10 I have to read English subtitles to understand what these “Russians” are saying. Here, Stranger Things is one step ahead of other movies and shows.

What remained the same is stereotypical portrayal of the people. Russians traditionally get three types of roles in Hollywood: spies, mafia, and, in case of women, gorgeous prostitutes. Sometimes those roles intersect. One could be both a spy and a prostitute. Or a prostitute with ties to mafia. Either way, everyone is an alcoholic.

Jennifer Lawrence as a beautiful Russian spy in Red Sparrow

Russian men have three names to choose from when they are born: Viktor, Vladimir and Ivan. They are also deeply religious (despite a 70-year-long ban on religion) and always tattoo crosses and onion domes on their backs (Hello, the Equalizer!). Next to the onion domes is usually tattooed a portrait of Lenin, because the Soviet leader and Orthodox Church go hand-in-hand together. 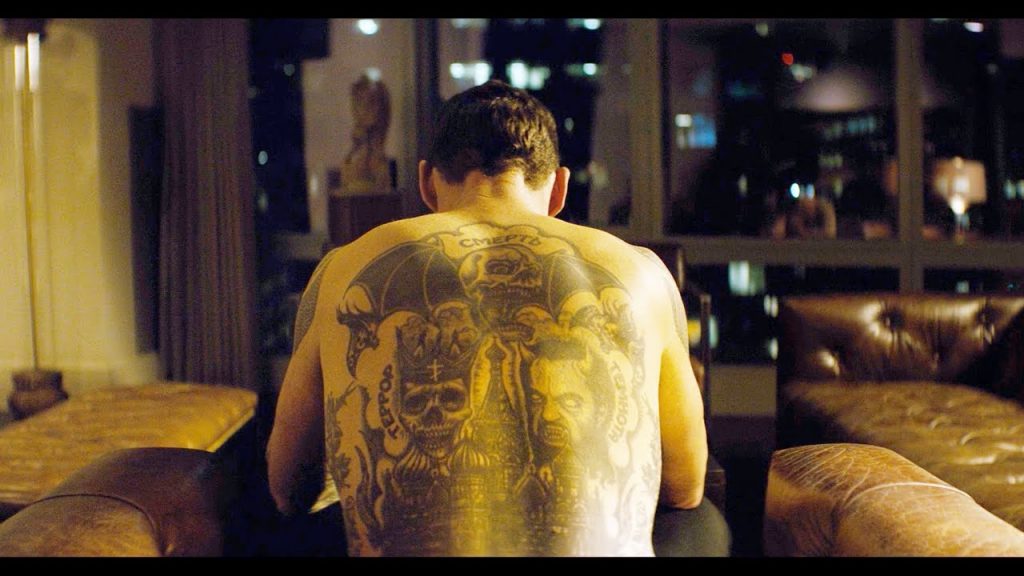 Russian mafioso in The Equalizer boasts some bad-ass tattoos.

It is also completely normal for a Russian to walk into the most popular church in Moscow (absolutely empty during service) and say: “We will avenge our mother Russia. America will bleed”. Sounds a little extra? Well, we Russians speak exclusively in pompous cliches that make us look even more evil. In fact, that is what we say to children before tucking them in bed.

Now, imagine general Eisenhower addressing one of his commanders before Normandy offensive: “Soda… is a luxury we have. Hamburgers… are a luxury we have. Time is not”. Did you just snort out loud? I swear I used a direct quote! Ok, I used a scene from Enemy at the Gates where Khruschev says the exact same line (swap soda and hamburgers for vodka and caviar) to his commissar during the battle of Stalingrad, but no-one seems to have a problem with that. 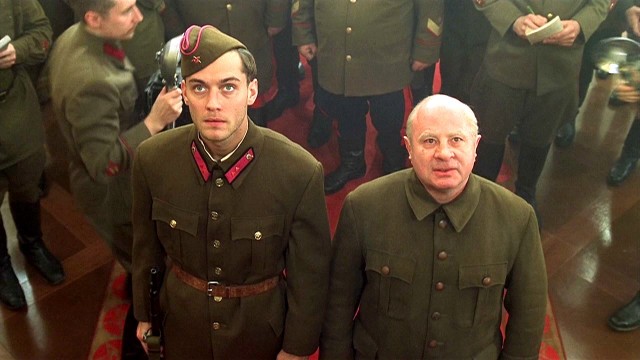 Krukschev (on the right) who, according to Enemy at the Gates, is a dumb violent lunatic.

At this point I am not asking for much. When Bruce Willis arrives to Moscow in A Good Day to Die Hard, and the guy driving him from the airport sings Sinatra and refuses to take the money, my heart almost explodes with happiness. Of course, the other Russians in the movie blow up whole cities, sell weapon-grade uranium, and betray their closest allies, but it’s ok… A nice taxi driver? I’ll take that. 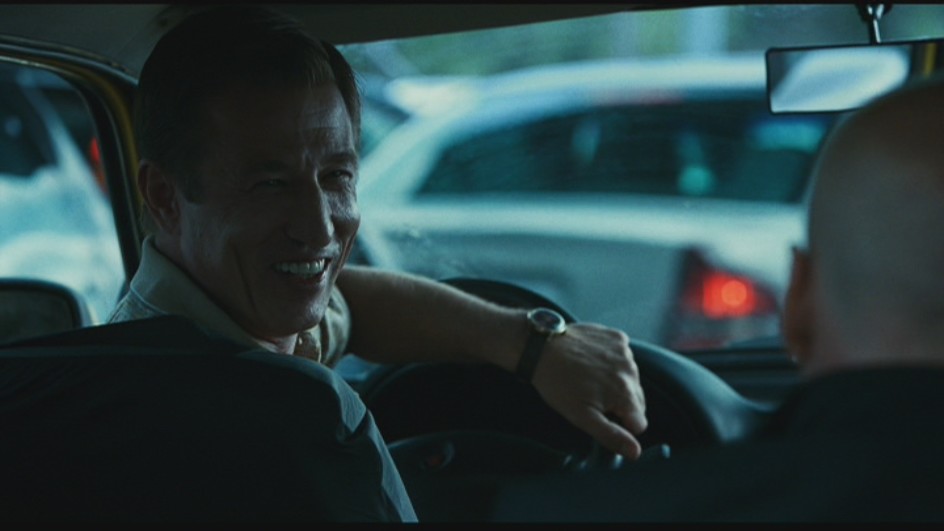 Moscow taxi driver in A Good Day to Die Hard. Not charging a client for the ride is a very unlikely scenario, but I appreciate there’s one nice Russian character in the movie.

In Armageddon, a Russian astronaut repairs the spacecraft by banging a wrench on a piece of equipment and screaming “This is how we fix problems on Russian space stations!” Never mind that Russians were the first in the world to send a man into space. Aimlessly pounding with hammers on random spacecraft parts is exactly how we did it. But I am going off course here, the point is Lev Andropov is a good guy! He, of course, is constantly drunk and wears an ushanka-hat in space, but at least he doesn’t beat up kids with that wrench, like the Russians almost do in Stranger Things.

The Cold War has been over for almost 30 years now, but the stereotype of dumb, corrupted, violent Russians lives and prospers. Despite the tensions between the United States and Russia, it would be great to see my people shown as… you know… normal. Not the saviors of the world — we’ll leave that title to Americans — just normal. Can you imagine that some (a lot of) Russian people don’t have tattoos, can boast higher education, and earn money by working in offices (not by selling drugs)?

The worst thing is that neither the creators, nor the viewers truly understand what is offensive in these movies and TV-shows. You think I am offended by seeing Russians as villains? No, I am just sick and tired of it. Most people feel that saying “commie” and “russki” is insensitive. My American friend once asked whether I’d be offended if someone called me those words. The short answer is no.

“Russki” literally means “Russian”, no more no less. Maybe if you want to scream it at me just change it to “russkaya” since I am female (nouns with assigned gender are pain in the butt, I know). As for “commie”, you see, in Soviet Russia being a communist was a good thing. Being a capitalist was bad. So once again, it is not going to hurt my feelings.

What I found extremely offensive is when in the last episode of Stranger Things the main characters kill Russian soldiers and put on their uniform to sneak inside the building. This uniform was worn by Soviet soldiers during WWII. My own great grandfathers wore it in battles. You don’t get to just put it on and be the heroes.

Hopper wearing Soviet uniform in the end of the season.

You know what else? A Russian song as the background to the romantic scene in which Hopper and Joyce are making plans to go on a date. Do not use our beautiful music in a TV-show that vilifies Russians.

One last thing I am struggling to understand is how all of this is happening in the age of fighting racism, sexism, and stereotypes. Showing Asians as bad drivers is inappropriate. As well as casting Latino people only for the roles of servants. As well as portraying a gay person only in the role of main character’s best friend.

Some of my American friends of Asian and Mexican origin told me that when people ask them where they are from, they find it insesitive. We live in an age when asking someone “Where are you from, pal?” is offensive, but saying “I was busy saving the world from Russians and monsters” is totally fine.