The madness degree of a given foodie can be determined by the sacrifice he (she) is willing to make in order to get desired food. In other words, where is your limit? Is staying in line for one hour too much? How about three hours? How about we add rain to the equation?

I consider myself a moderately crazy foodie. Although I have a feeling that I am sliding towards the total coo-coo side slowly, but surely. The thought “Oh, I really shouldn’t, but it would make such a great post for the blog” is pushing me to do the unimaginable. 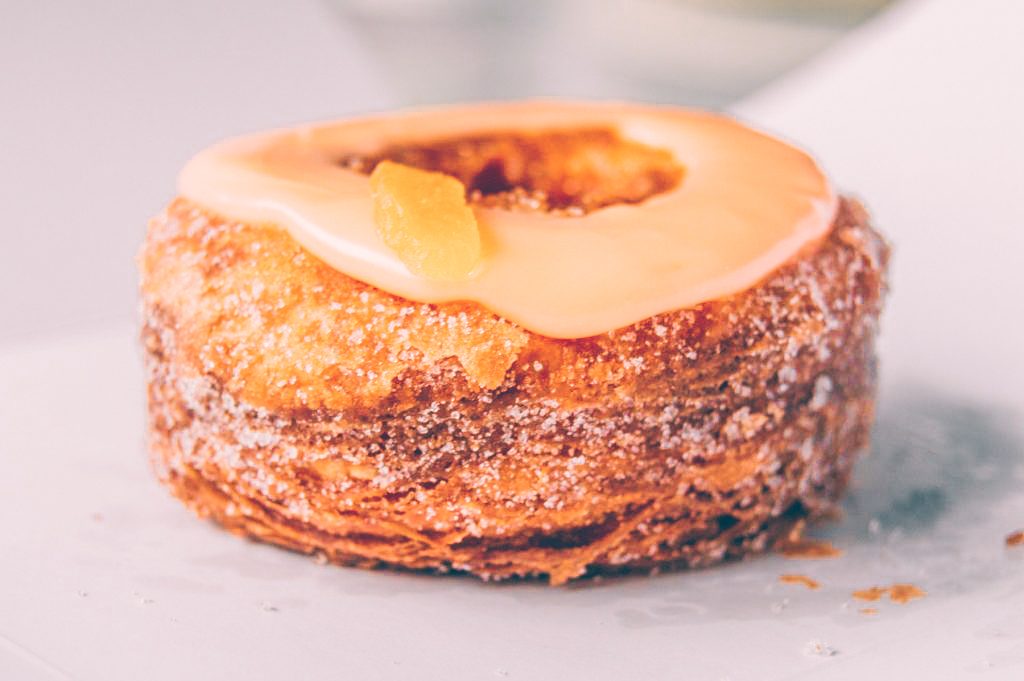 The craziest thing I have done so far is waiting in line at 7 AM under rain to get Dominique Ansel’s cronut – the most talked-about pastry described by many as a hybrid between croissant and doughnut. In my defense: it’s an absolute must-try if you are in New York. Besides, it’s not a simple combination of two pastries, but a complex creation described on the bakery’s official website as such:

“Taking 2 months and more than 10 recipes, Chef Dominique Ansel’s creation is not to be mistaken as simply croissant dough that has been fried. Made with a laminated dough which has been likened to a croissant (but uses a proprietary recipe), the Cronut pastry is first proofed and then fried in grapeseed oil at a specific temperature. Once cooked, each Cronut pastry is flavored in three ways: 1. rolled in sugar; 2. filled with cream; and 3. topped with glaze. The Cronut pastries are made fresh daily, and completely done in house. The entire process takes up to 3 days.”

There’s only one flavor per month, but those flavors sound like music: valrhona chocolate champagne, rum caramelized banana brown sugar, milk & honey (with a hint of lavender) – shall I continue or stop the torture? The craze about cronut started almost immediately after the pastry was born. Just days after, hundreds of people were lining up to try the masterpiece.

Here Are All the Frightening Things I Learned About the Line for Dominique Ansel’s Cronut on the Internet:

Scared? I was too, but having already tried Dominique Ansel’s creations, I was sure cronut was worth the trouble. Yes, I woke up at 6 am, but I got to walk the empty streets of New York City and that doesn’t happen often. Yes, it was raining, but bad weather was the reason of a slightly shorter line that day. 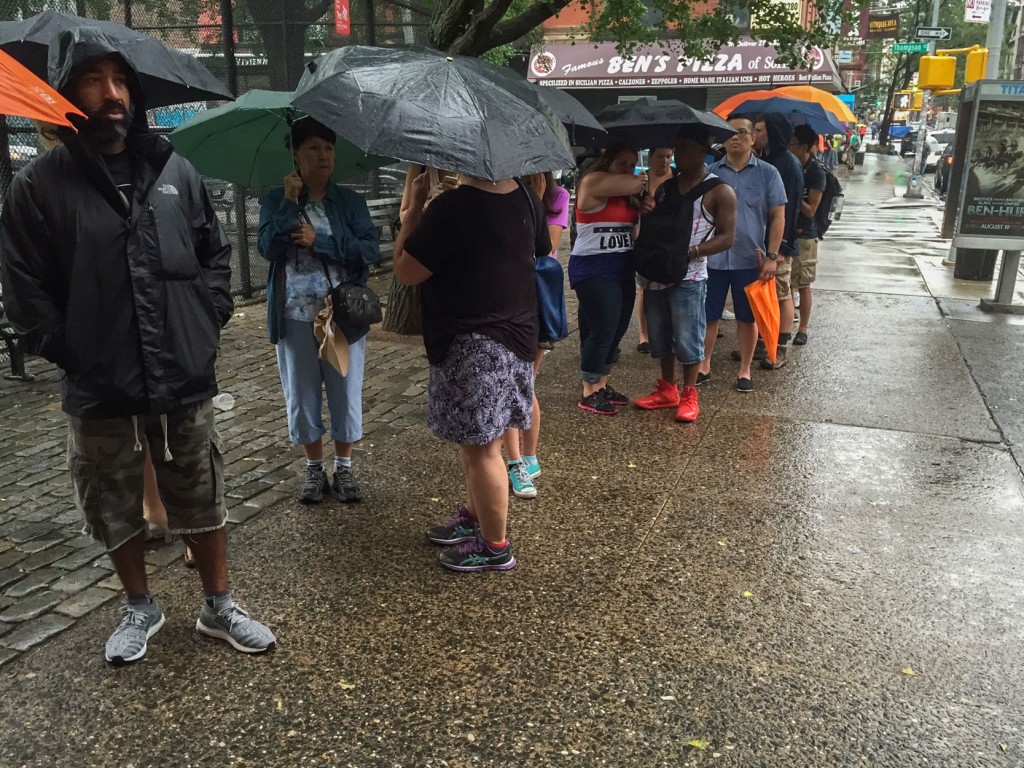 Line in front of Dominique Ansel Bakery at 7.30 AM

Yes, I had to wait in queue but I was rewarded with freshly-squeezed lemonade and a madeleine for my dedication – the staff members came out and gave small samples to everybody in line, followed by the manager who thanked people for coming so early and waiting. It was sweet. 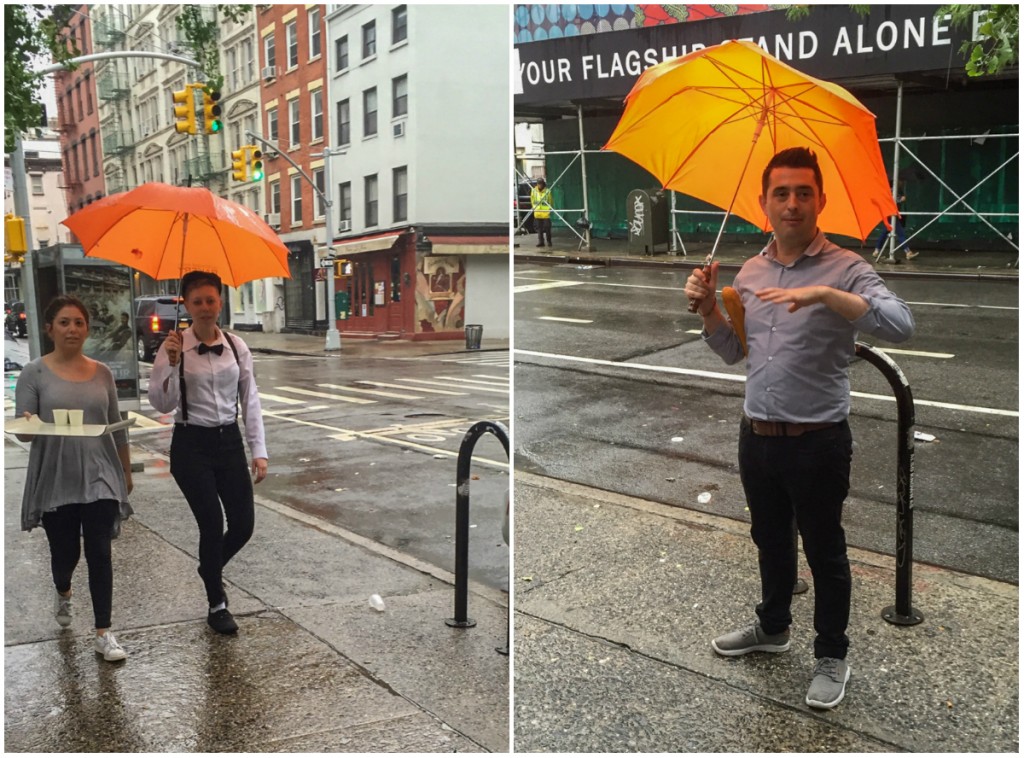 The staff of the bakery came out to give lemonade and cookies to the crowd waiting in line.

Here Are the Things I Learned About Cronut First-hand: 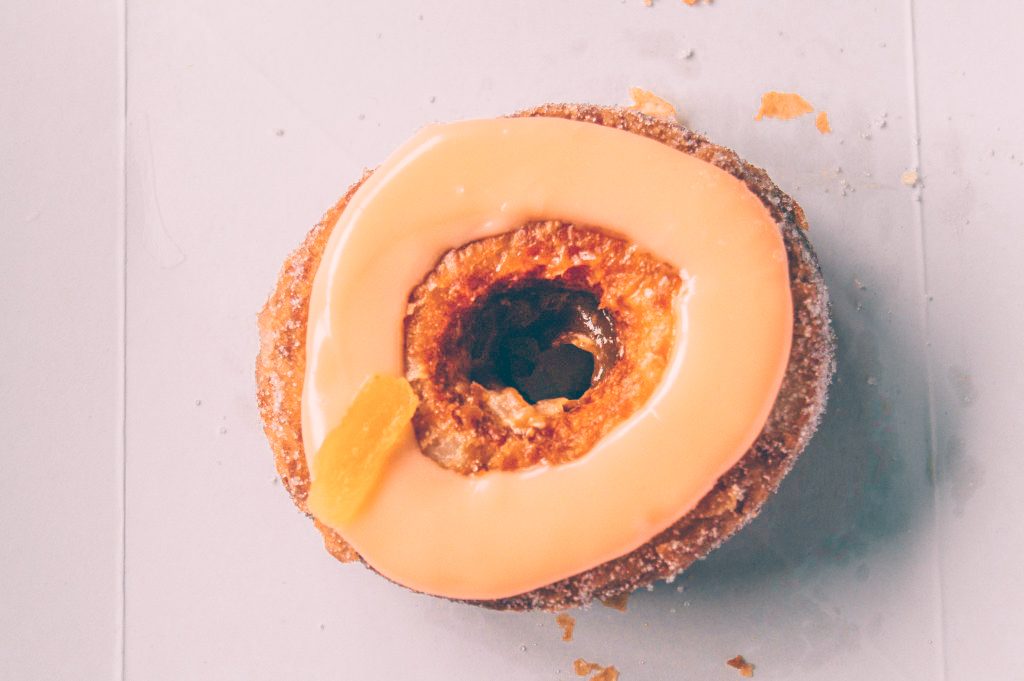 I only stayed in line for 45 minutes to get this baby! Lucky me!

Waiting in Line for Cronut: Is It Worth It?

The question that’s probably escaping your lips now is “Was the cronut worth waiting in line for?” The answer is: “Absolutely!” It’s a masterpiece of a pastry. Cronut is filled with cream to the brim, but the layers are still flaky and crunchy as you would expect a croissant to be. And even though it’s deep fried, the dough doesn’t feel even remotely oily.

Doughnuts always seemed a little too straight forward to me, simple and lacking some finesse. Cronut took it to a whole new level with its delicate balance of flavors and textures. A masterpiece that is a must-try in New York!

One but, though. Do I think cronut is tastier than other Dominique Ansel’s pastries? Nah-ah. DKA is just as mind-blowing. Paris-New York cake is as mouthwatering. I simply love the creative genius of Dominique Ansel and will wait in line for whatever he brings to the culinary scene next!