Be a Little Bit Dharshi

Buddhists believe that a person has many lives, and those lives can be interconnected. You might meet the same people over and over, only they take up new roles. You might return to the places you love in the next lives. Sometimes I think that in one of my previous lives I was Sri Lankan, or maybe I lived in Sri Lanka, but there’s definitely some kind of connection.

Apart from the fact that I’ve been living here on and off for the past seven years, there are many little things. For example, when I first left Sri Lanka for another country, Brazil, my roommate in São José dos Campos turned out to be from Sri Lanka of all places.

The fact that Dharshi is from Sri Lanka isn’t relevant to the story, she could be from anywhere on this planet. I just like coincidences. So Dharshi… Dharshi came to Brazil half a year before me. By the time I arrived, she could speak some Portuguese, knew the best clubs for dancing forró in the city, and was eager to introduce me to the new exciting life. Sharing a room, late night dinners, and sickly-sweet caipirinhas quickly made us friends. 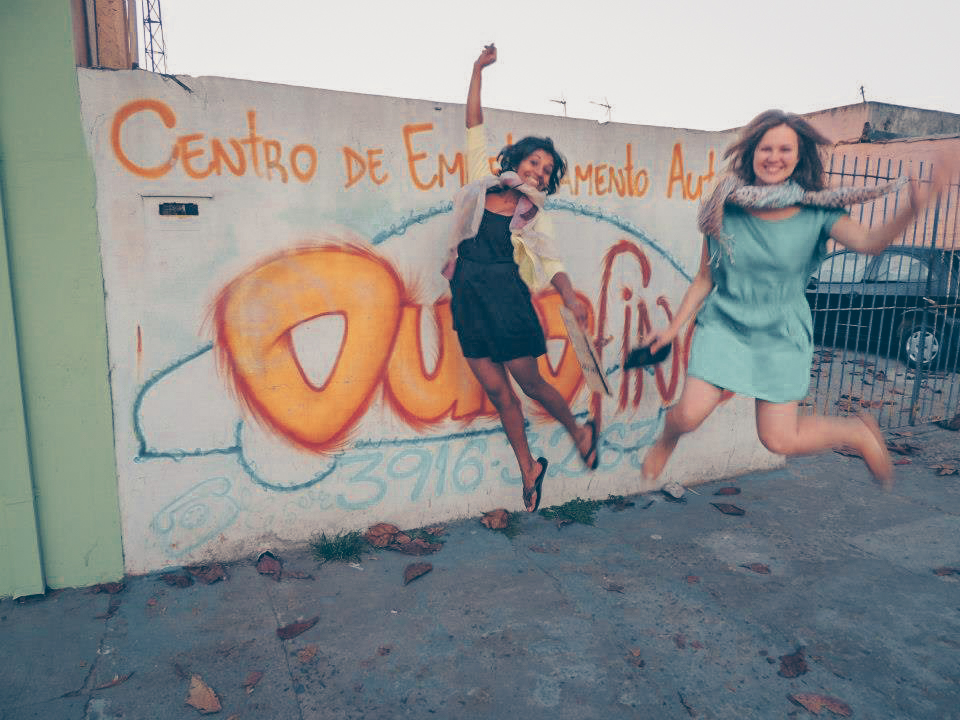 Dharshi was, and still is, a feminist, an environmentalist, and a vegan. And that annoyed the hell out of me. Which is funny because all those things make up for a lot of personality and character. I hated all those things (except for the vegan part), but I loved Dharshi.

She worked as a kindergarten teacher in Brazil. At nights, after a whole day at work, she would sit on the floor of our living room with scissors, glue, empty plastic bottles, old magazines, and those brown rolls left after toilet paper is over, and make props for the next day’s class. I was on the couch opposite her, looking at the vases and pencil holders she made out of rubbish, all the while thinking: damn girl, those are ugly!

A few times, when we walked around our neighborhood at night, we had conversations about woman’s role in society, relationships, and feminism. I hated the word “feminism”. A feminist to me was an unsatisfied woman who hates men. Which is why I couldn’t understand how Dharshi could be a feminist, she clearly liked men.

At least I could understand Dharshi being vegan. Back then eating meat didn’t bother me whatsoever, but I respected her choice and her dedication. I did think she was missing out a lot, though. To live in Brazil for a year and not try the famous churasco! 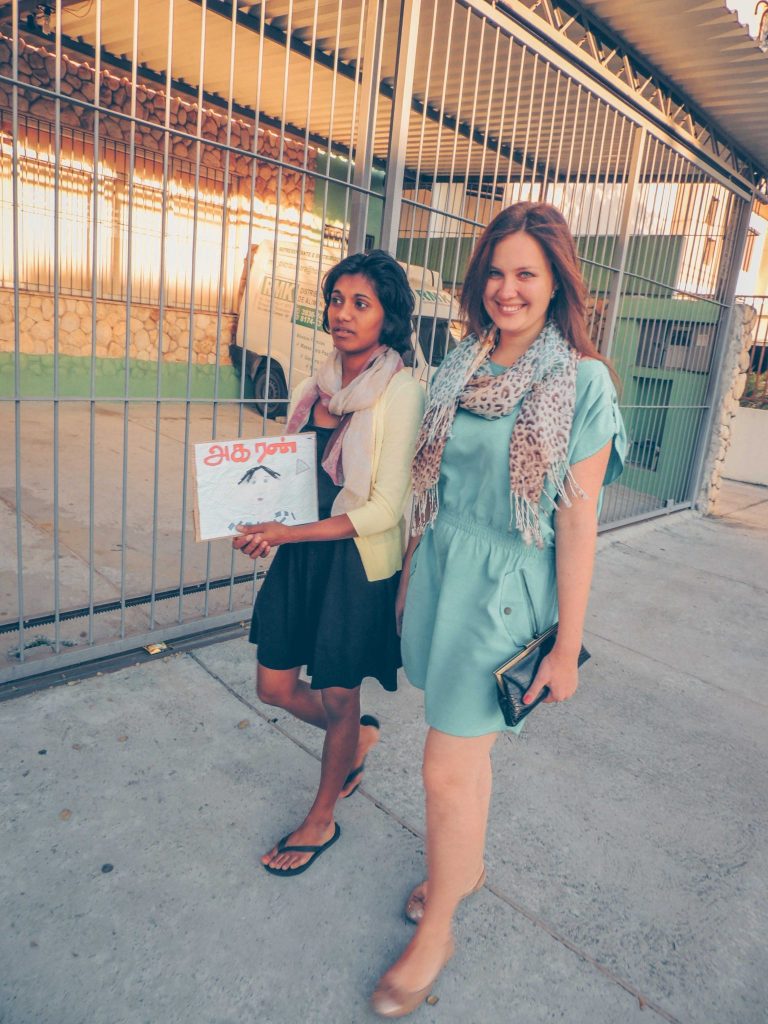 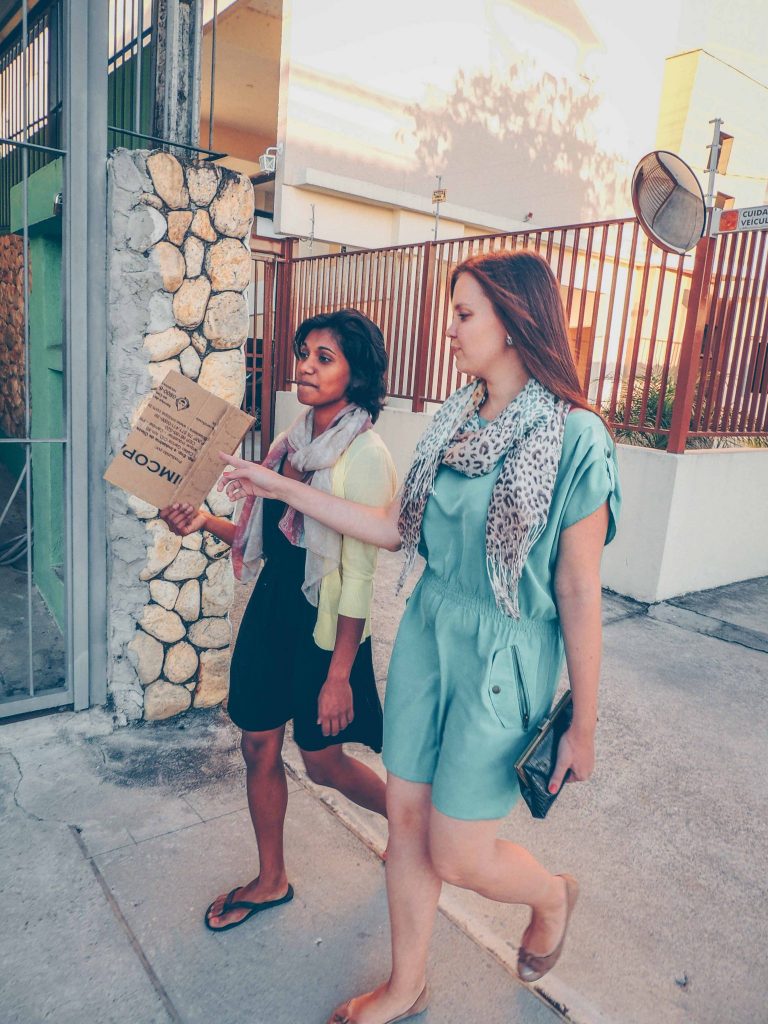 What annoyed me most was not Dharshi defending women’s right, being vegan, or making childish art of trash, but the fact that she did all those things at once. Why do you have to be into everything? That’s too much Dharshi, too freaking much! Can’t you just choose one and roll with it? Aren’t you tired?

Dharshi was doing her thing without pushing it onto anyone. She went to whatever restaurant we chose and managed to find the one vegetable dish on the menu. She never once told me that it’s bad to eat meat or that I should try going vegetarian for a while. She didn’t ask for help making her toilet paper roll vases. And when we had our long conversations about feminism, if anything, I was probably more pushy in trying to convince her that feminism was stupid.

Then Dharshi left Brazil. We have seen each other once in the six years that passed since our internships. Funny enough, it was in Sri Lanka that we met again. I lived there at the time, she came to visit her family. Six years is what it took me to become all those things that annoyed me about Dharshi. Ok, “become” might be too strong of a word, but I am trying to get there. 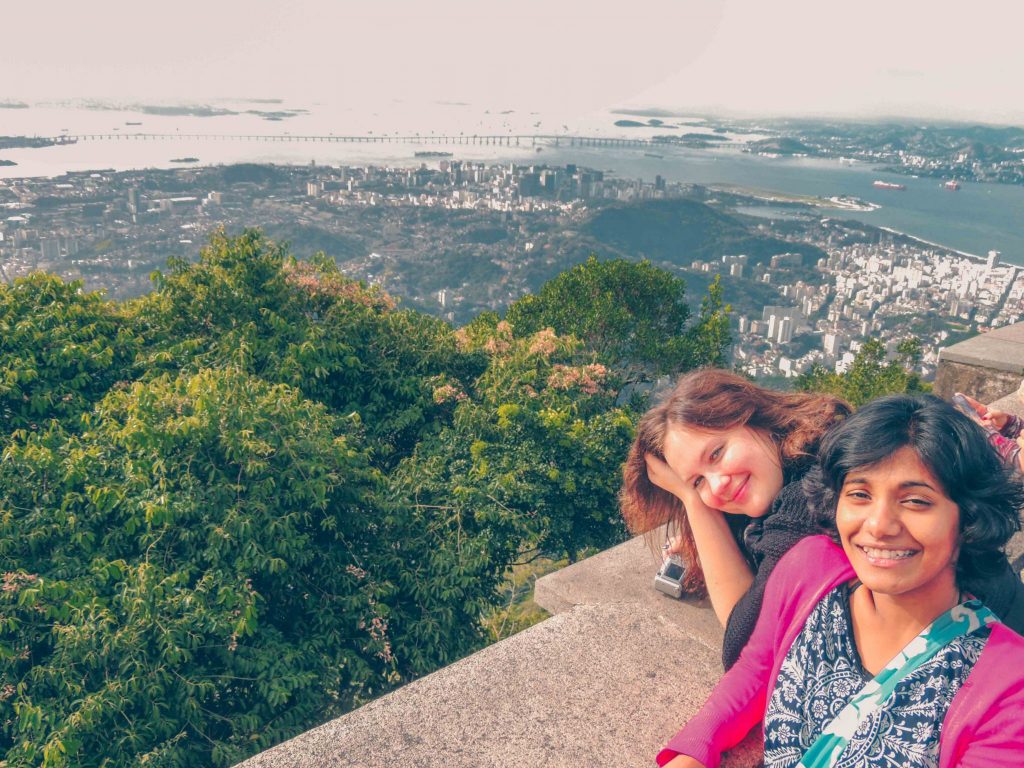 Back then I had a point and shoot type of camera, so don’t judge the pictures in this post!

It took me six years to realize that women’s rights are human rights and that one can be a feminist and love men at the same time.

It took me six years to figure out that trash doesn’t disappear from the planet, but grows in piles on islands, ends up in the ocean, and kills animals who eat it.

It took me six years to develop compassion for animals who are not only killed, but violently abused before giving their life for us to enjoy a meal.

Why did it take me so long? How many Starbucks coffee cups did I throw into trash during these six years? How many meals could I turn vegetarian without even noticing that I am missing something? How many tragic stories of women being abused did I ignore because my own life is pretty comfortable?

The one thing I can say in my defense is that I didn’t know better. I knew animals were killed of course, but I had no idea they were mistreated up until two years ago when I watched some videos on Facebook. I knew that trash was a problem, but I put plastic bottles in recycling bin, right? That should do it!

It took watching movies on Netflix, reading environmentally-conscious blogs, talking to dozens of people over the past years to change my perception. It took six long years, but that first seed was planted by Dharshi. 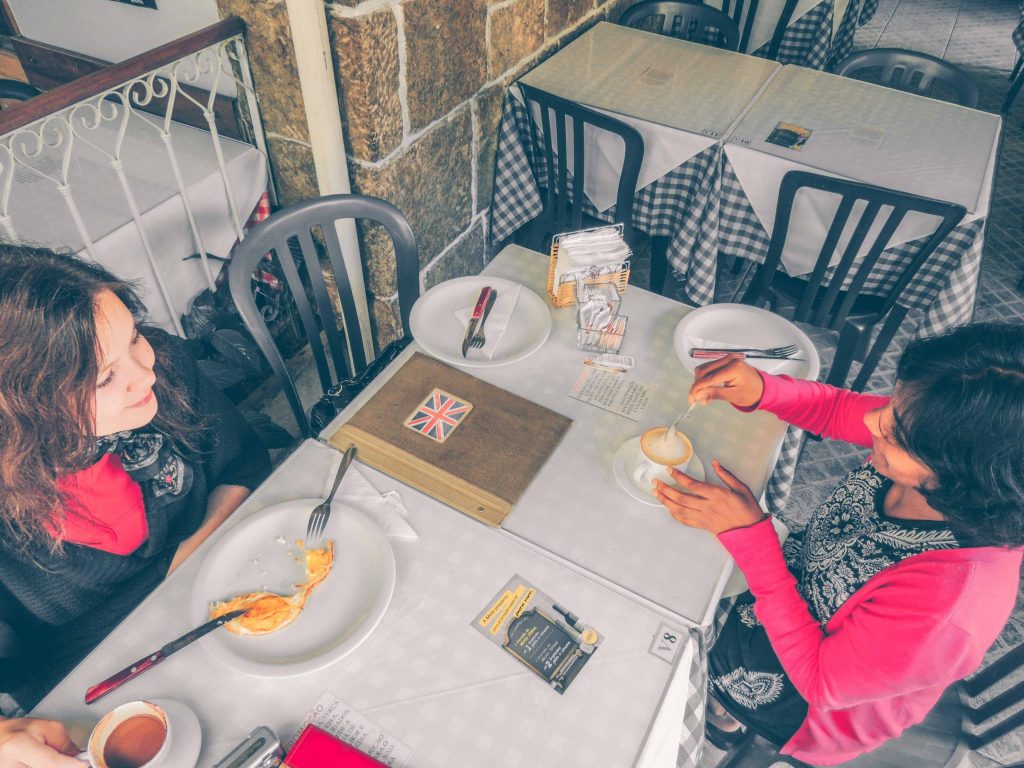 Having breakfast in Rio De Janeiro

Just like Dharshi, I am doing my thing quietly. I am not vegan yet, not even vegetarian, but I reduced my meat intake by a few times since last year. I am not living a trash-free life, but I am trying my best to avoid using plastic. I don’t scream from the rooftops that I am a feminist, but I try to convince at least people close to me that the word “feminist” is not a swearing.

And then I think… maybe I shouldn’t be quiet? Without someone reposting those horrible videos of animal abuse I still wouldn’t have known it exists. Without seeing how plastic straws are being pulled out of a turtle’s nostrils I still would have been drinking juice through a straw. Without listening to Emma Watson’s speech at the U.N. (that’s what did it), I would have still thought that feminism is silly.

I am too afraid to annoy people, like Dharshi annoyed me. I am too scared to receive negative comments. I know that every time I repeat to the waiter “No straw, please. Really, I don’t need a straw” he probably thinks I am an idiot. But if you put those on a scale: me looking like an idiot and annoying people vs a turtle staying alive, it becomes pretty obvious what’s more important.

Maybe if Dharshi was around to annoy me through the past years, I would have gotten to where I am faster? So I choose to be annoying. I’ll annoy the hell out of you, because I want to promote what’s good for this planet and, as a consequence, for the humankind. I am still scared as hell of the negative comments I might get. But I believe it’s worth it. I say we should all be a little bit annoying. We should all be a little bit Dharshi.

Side notes
13 Essential Eco-Friendly Products for Travelers
Side notes
I Am a Realist, I Believe in Miracles