“Complicated” is probably the best way to describe my relationships with Sri Lankan sweets. While getting used to Lankan rice and curry wasn’t so hard (apart from the fact that I was crying with every spoonful of chili-infused curries), local sweets didn’t find the way to my heart even 6 years after I first arrived to the paradise island.

Most of the times trying a new local dessert leaves me with one question: why? Why so much sugar? Why so much fat? Why everything is deep-fried? The questions are not rhetoric, and the answers can be found when you dig a little deeper. 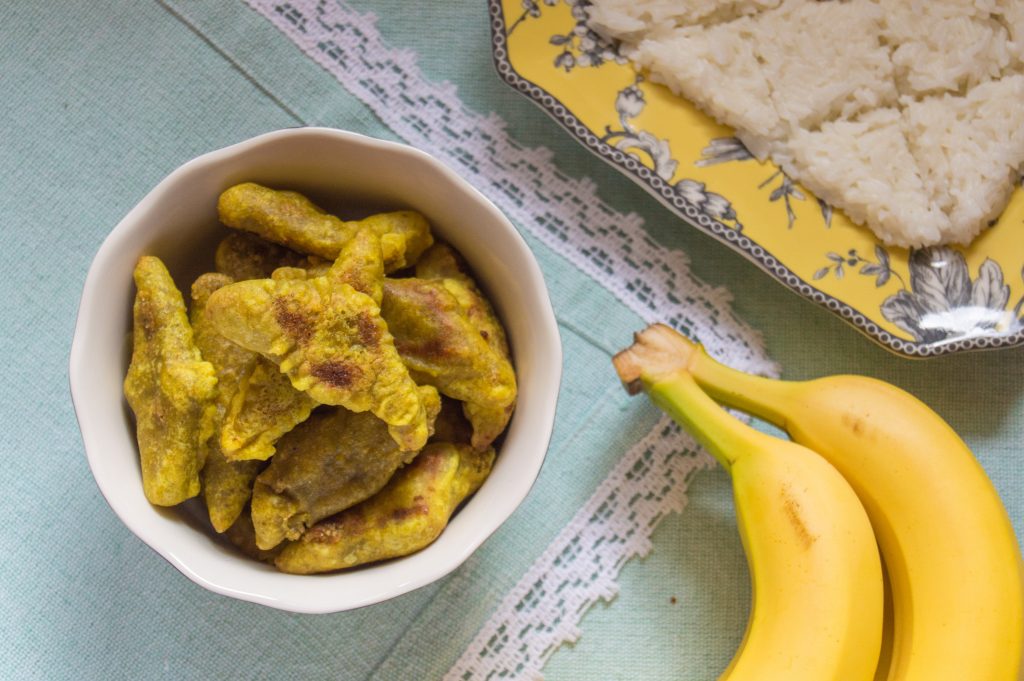 If you look at the recipes of the most popular sweets most likely you’ll see coconut milk, coconut oil and scraped coconut – coconut for Sri Lanka is what potato is for Russia. There is abundance of coconuts and so they are used widely: from mixing rice with coconut milk for kiribath to making sambol of scraped coconut flesh to using coconut oil for frying.

Natural sweeteners, on the other side, weren’t common back in the days, and people used them very carefully throughout the year. But come holiday season and women would add generous helpings of jaggery or kithul treacle (natural sweeteners produced locally) to sweeten their treats.

Around New Year celebrations the amount of sugar and fat consumed in a span of 2 days by Lankans is quite astonishing and slightly disconcerting. If you are part of New Year celebration with a family, chances are you will have to try all the sweets at once encouraged by “eat, eat, eat” from every family member. 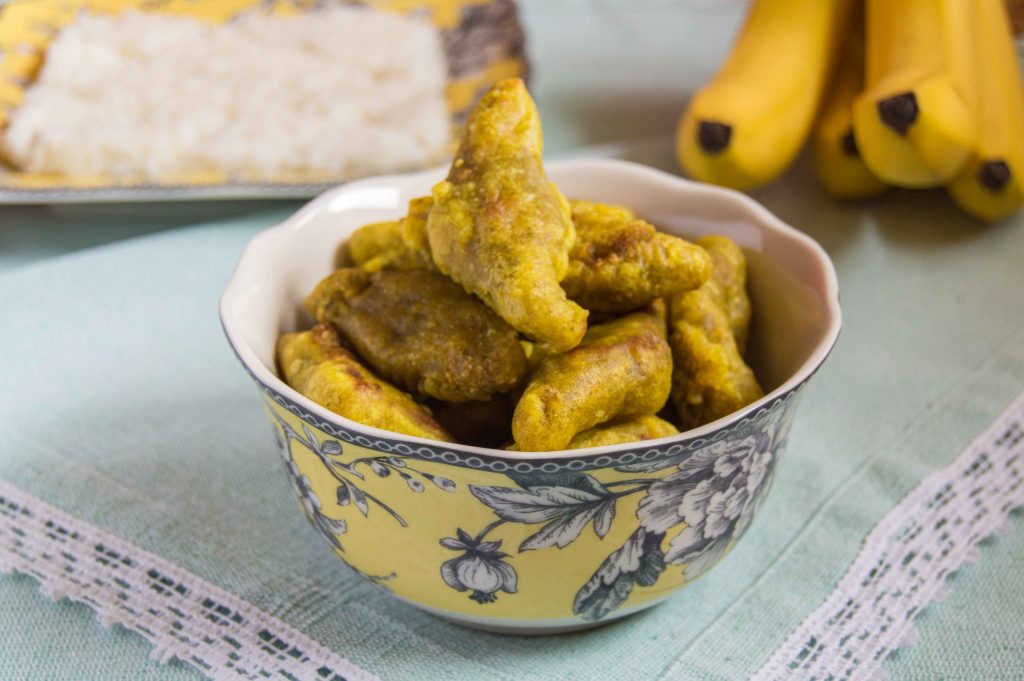 Sinhalese and Tamil New Year is nothing like the New Year celebrated in the Western World and, quite frankly, that night will forever stay in my memory. When you wake up in the middle of the night on an empty stomach because astrologist predicted that New Year will start at 3 am, you have mixed feelings. When you get to know that food will not be served until 7.30 because the same astrologist said so…you start to dislike that fellow but captured in joyful chaos of preparations you decide to go with the flow. And so, when a fire pit is set in the middle of the living room you only panic for a second but then happily cheer when milk overflows edges of the pot set on top of fire: this year will be prosperous. You try to act cool when the head of the family has to turn you in direction of North to put a piece of rice in your mouth. And you definitely don’t express sugar shock after trying traditional sweets. Instead, you look for the right snack one bite at a time until you come across something crunchy, tangy and grainy. Something that couldn’t possibly look any less appetizing and, thus, is a revelation when you dare to try it. That is mung kawum. 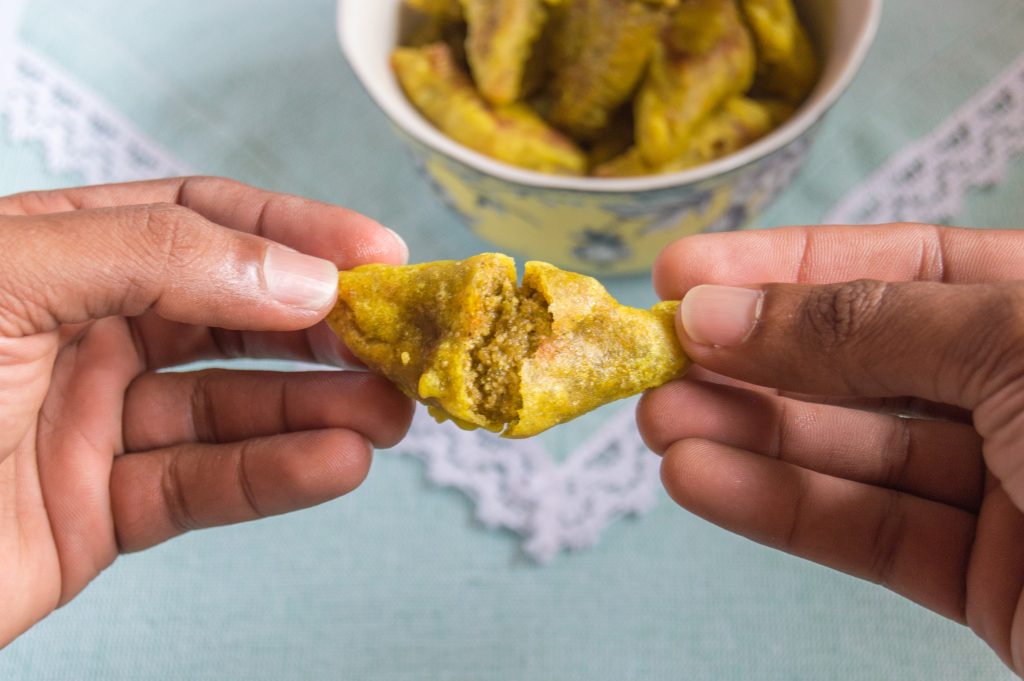 Inside the treat is a tangy grainy paste made of mung bean flour, rice flour and kithul treacle.

It became my go-to sweet at any gathering. Mung bean flour used in preparation helps to scale back on sweetness. It also absorbs oil well which means, although mung kawum is deep-fried and very fatty, you don’t really feel like it is. And that’s a win, if only for your conscience (not the waist line).

My first try to prepare mung kawum ended up surprisingly well. Destroyed kitchen and spilled boiling oil do not count towards failure. Below is the recipe given to me by my mother-in-law. It’s not a very complicated process but definitely requires some getting used to. Your first try might take longer than estimated in the recipe but you will get better and faster every time you make it. 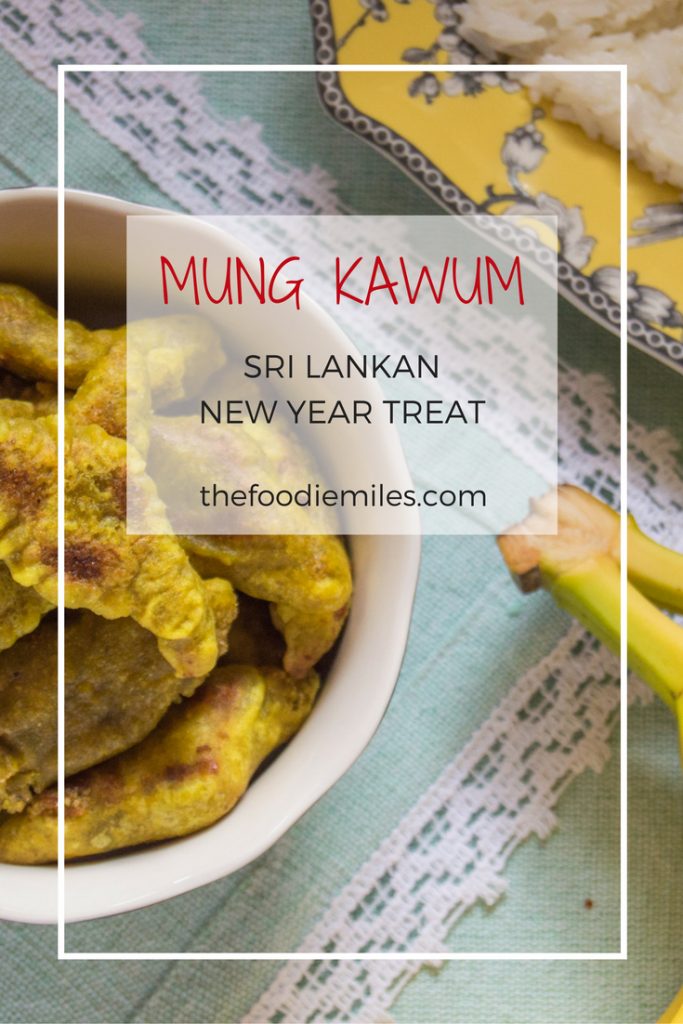