I Moved to Sri Lanka… For the Third Time

You know it’s hot when your husband strokes your shoulder, but instead of one continuous move it comes out as an odd broken pat because his sweaty palm just won’t slide down your sticky skin gently. Kinda like when as a kid you go down an ice slide on your butt instead of a sled and get stuck in the middle, then slide a few inches, then stop again, and so it goes until you reach the ground with much embarrassment. It’s hot and humid is all I am trying to say. Oh, and also that I moved to Sri Lanka yesterday. For the third time in the past seven years.

In Sri Lanka, it’s either hot or very hot. Right now it’s just hot so I am a lucky girl to have moved back to the island in the Indian Ocean two days before the end of the year. December was hectic and rushed with packing three years of life in the USA into seven boxes, selling the furniture and the car, celebrating Christmas, taking one last trip to the West coast, getting sick in San Diego, getting robbed in San Francisco, spending hours on the phone with insurance companies and buying clothes all over again as a consequence (because clearly having to move in a month is not stressful enough), and, the saddest of all, saying goodbye to close friends. With so much going on, I completely forgot that 2017 is coming to an end, that I have to review my accomplishments, and set new goals, and figure out what to do on the New Year’s eve. 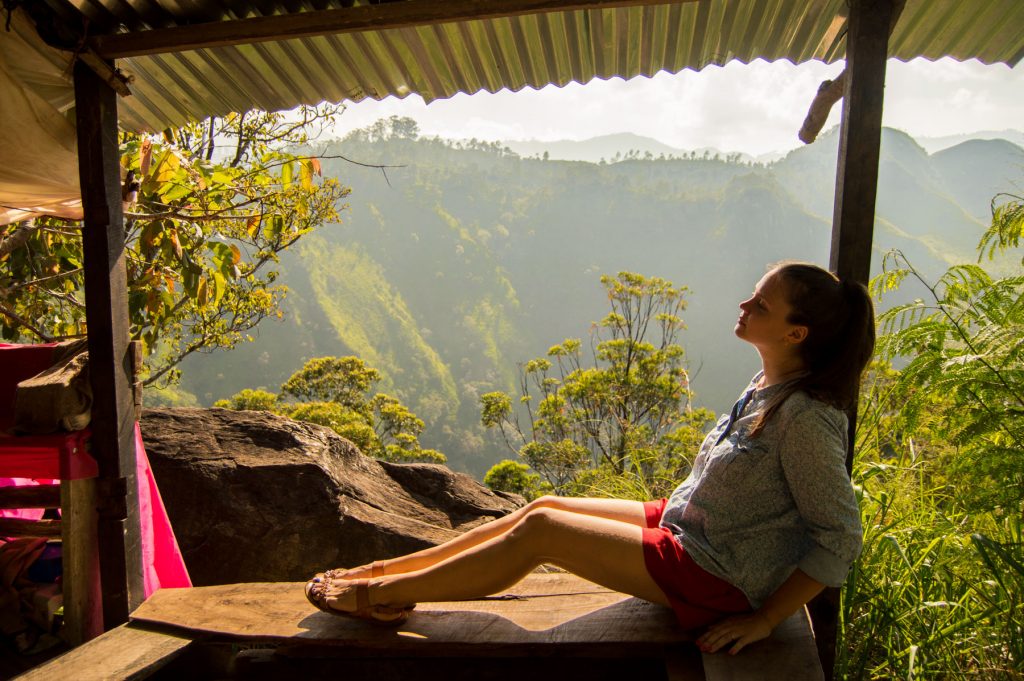 A little tea-shop on the way up to Ravana Cave

Almost exactly seven years ago, in the end of December 2010, I came to Sri Lanka for the first time. I am still in awe of my own bravery to move to a foreign undeveloped country to work in a marketing department (which consisted exclusively of me, myself, and I, as it turned out later) of a jewelry company for $300 per month. I was twenty two, a PR graduate, recently fired from my dream job in Russia.

That first year in Sri Lanka was transformative in many ways. I was surrounded by people from all over the world who were dreaming of acquiring PhD’s, travelled extensively, spoke five languages, worked for non-profits, and overall made me feel equal parts anxious and inspired. For the first time, I was forced to use English on a daily basis which first led to completely shutting down and not saying a word, but eventually helped improve my language skills.

The first year also included a lot of parties and alcohol, because all of us, foreign interns, were twenty something, free of parental supervision, and, even with all the PhD’s and charity work, silly. At the 2011 New Year’s party, only two weeks after arrival to the island, I met a man who, two years later, would become a reason to move to Sri Lanka again. 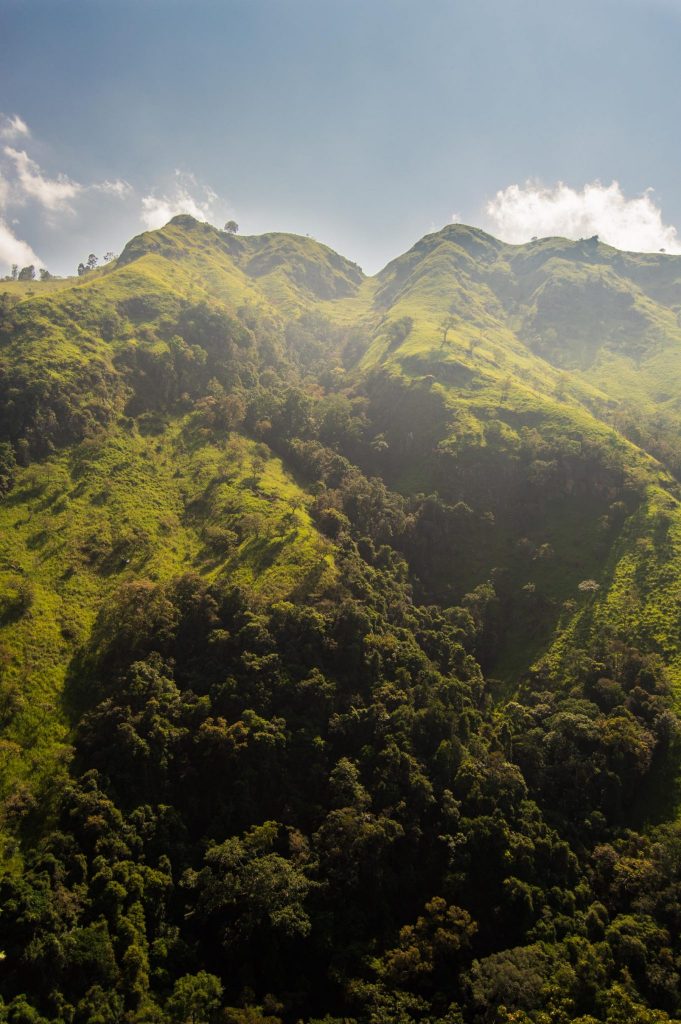 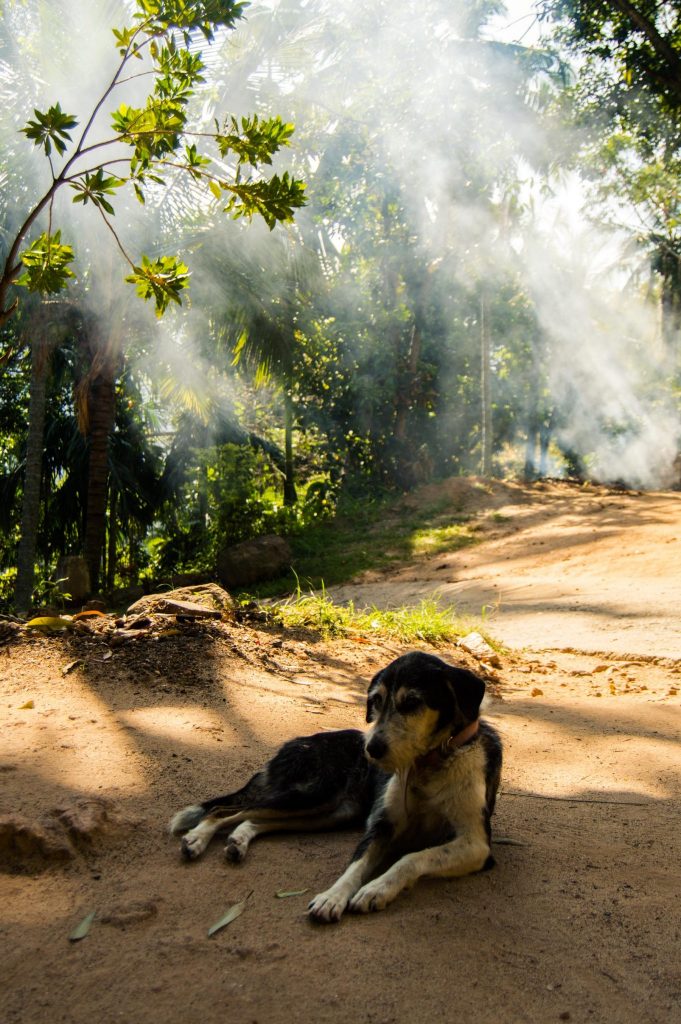 The second time around, I swapped parties till the morning for family dinners; tiny room in a house shared with four other interns to a house of my own; and a job as a marketing manager to baking cakes and making jams for sale. Also, small detail, during my second stay in Sri Lanka I got married.

Today is 31st of December 2017 and I have moved to Sri Lanka yet again after three years of living in the USA. I saved my biggest and most important trip of the year till the very end. Without going into much detail, the move wasn’t something I have planned or expected, it just happened to me and I roll with it. As my favorite Russian expression goes: if you want to make God laugh, tell him about your plans. Seems like the motto of my life. 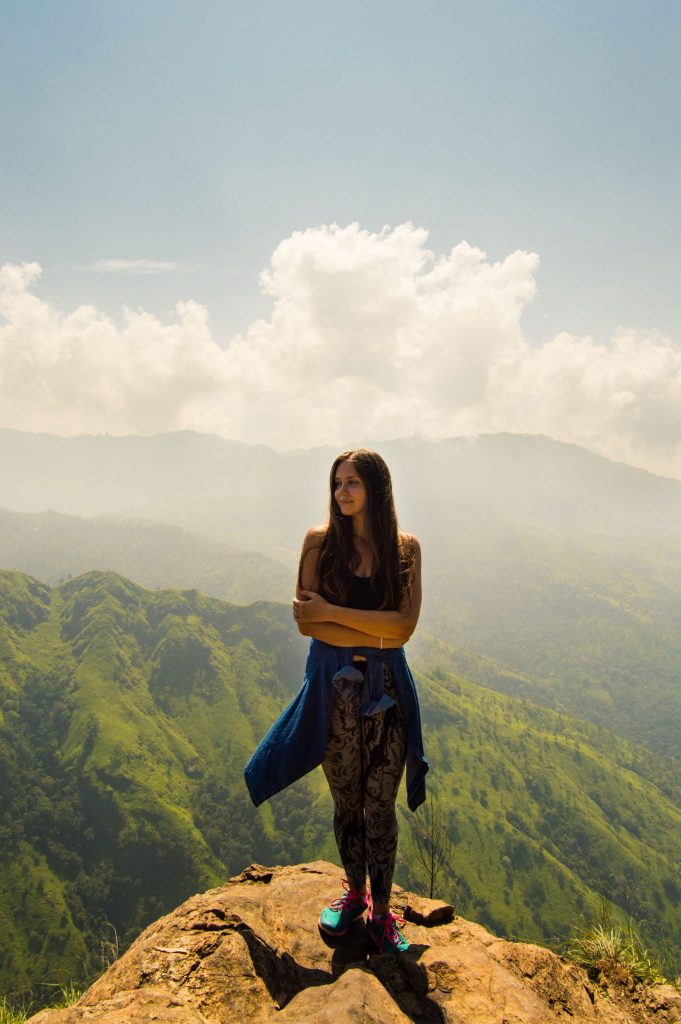 On top of Ella Rock, after a two hour hike

I always say that I didn’t choose Sri Lanka, Sri Lanka chose me. When I was looking for an internship after graduating, my first priority was Europe. Unfortunately, I wasn’t Europe’s first priority. As frustrating as it was to get rejections from European companies, it led me to finding an internship in Sri Lanka which broadened my mind and changed the course of my whole life.

When I moved here for the second time I had to cut short my internship in Brazil that I adored and come back to the uncertainty of living in an undeveloped country and not having a nine-to-five job. In return, Sri Lanka gave me a loving family and woke up my passion for food and cooking.

Moving to Sri Lanka for the third time meant leaving my beloved Austin, TX, that has become a true home. As hard and frustrating as it was, I believe that everything happens for a reason. Banal, I know. But I also know that every time I took a leap and moved here, this country rewarded me with more than I could ever hope for. It’s my second day on the island, and for now I am chilling in a papasan chair next to an electric fan. I don’t know what the big plan is, but I cannot wait to one day look back and connect the dots.

Side notes
The Time I Was Pregnant, Had a Baby, and Didn’t Tell Anyone
Destinations, Sri Lanka
The 23 Best Restaurants in Colombo
Food Stories, Sri Lanka
Monday Mornings Are for Coffee with Pol Sambol Toastie