Out of hundreds of events planned for SXSW, which one do you think was my #1 priority? Not a music concert, not a movie premier, not a boozy party, but a pop-up restaurant from Breaking Bad because it’s the best TV-show of all times and, frankly, Walter White rocks! 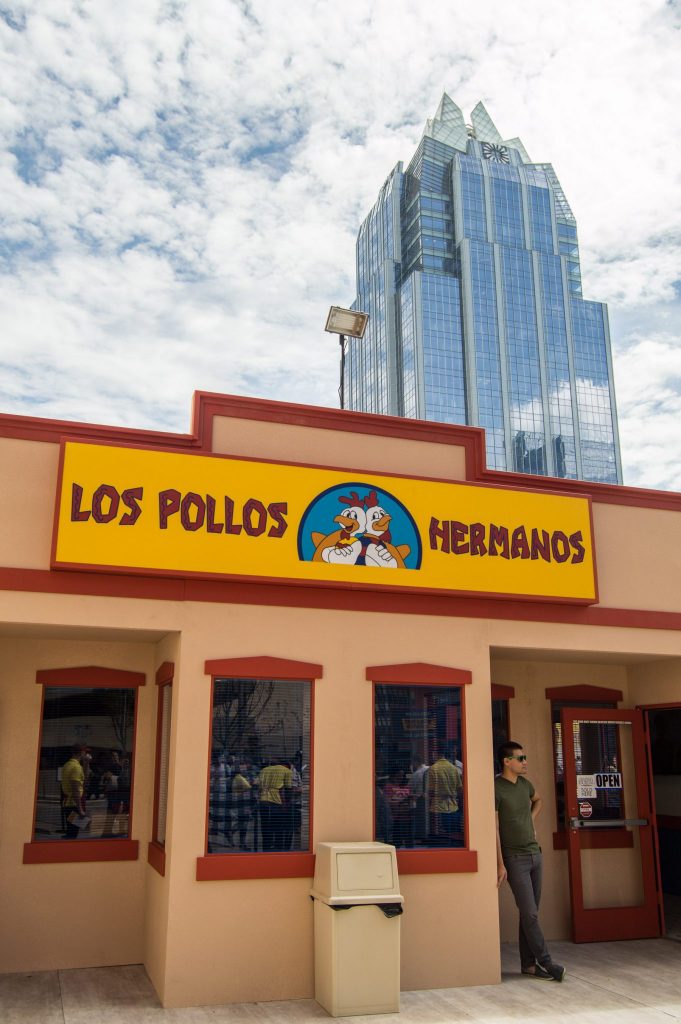 I wouldn’t miss a chance to see the notorious restaurant, run by Gus Fring to cover up his drug-dealing business, for the world! As a big fan of famous movie locations, I have already been to the bakery in New York where Carrie Bradshaw ate cupcakes in Sex and the City, tried frozen hot chocolate from a café featured in Serendipity and had a few cocktails in the bar from Good Will Hunting. Those are all permanent locations that you can visit anytime. 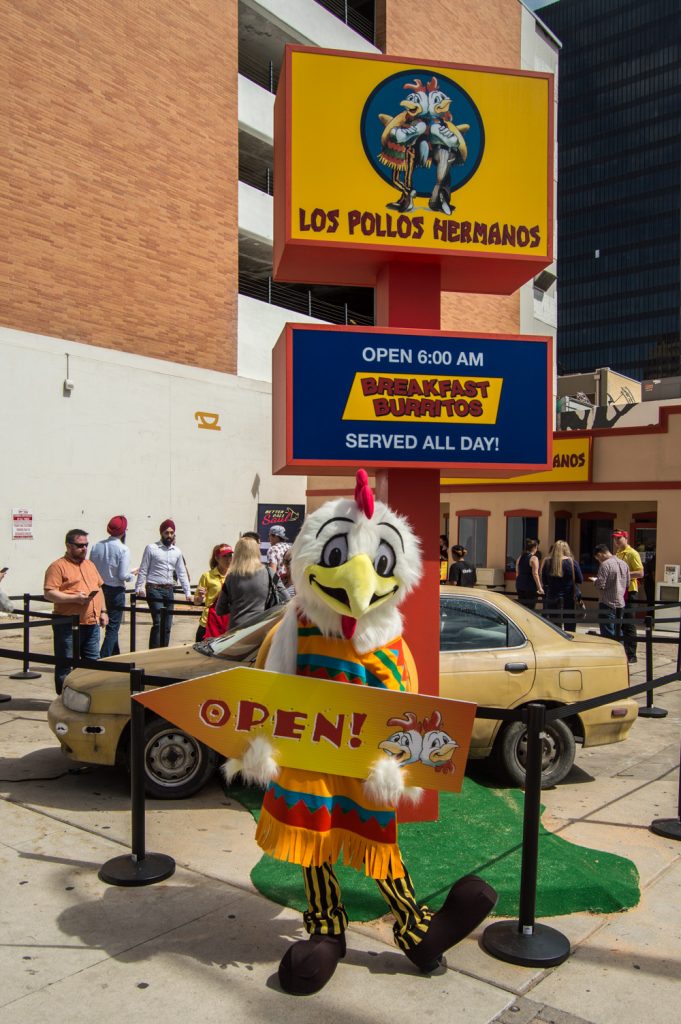 Los Pollos Hermanos, on the other hand, is not a real restaurant and was opened as a promotion of Breaking Bad spin-off Better Call Saul during SXSW for 3 days. Earlier this year AMC started a fake advertisement of Los Pollos Hermanos and its curly fries featuring Gus Fring to announce that the character will appear in season 3 of Better Call Saul.

At SXSW the full-scale replica of Los Pollos Hermanos was built in 3 days to attract even more fans. I arrived 2 hours after the restaurant’s opening on the first day only to see that the line had already formed in front of the building. 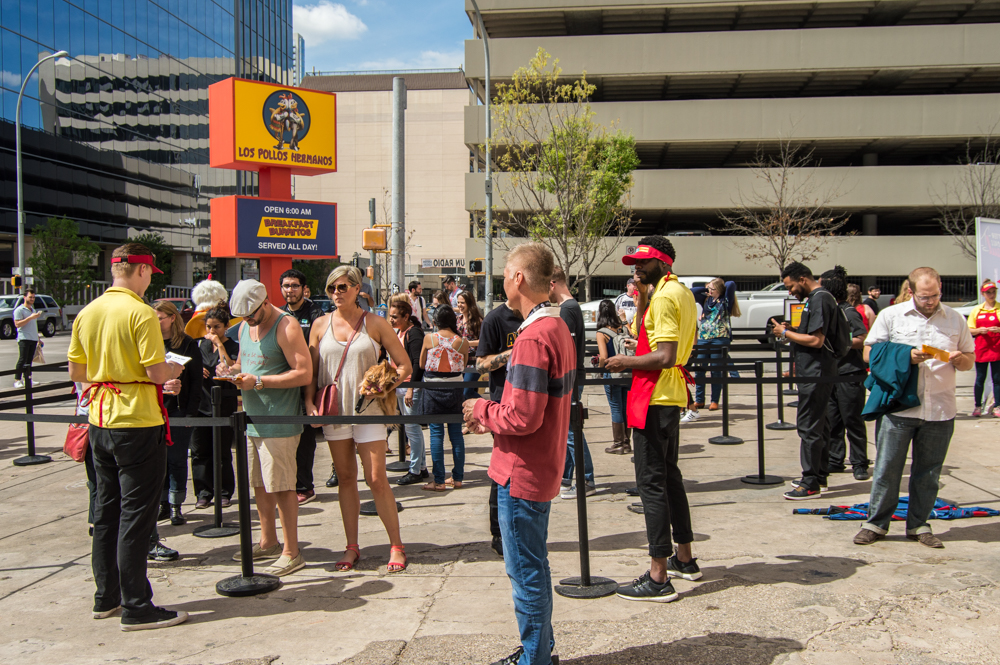 Luckily, the wait was only 5 minutes during which I could take a picture with beat-up Suzuki Esteem driven by Jimmy in Better Call Saul. 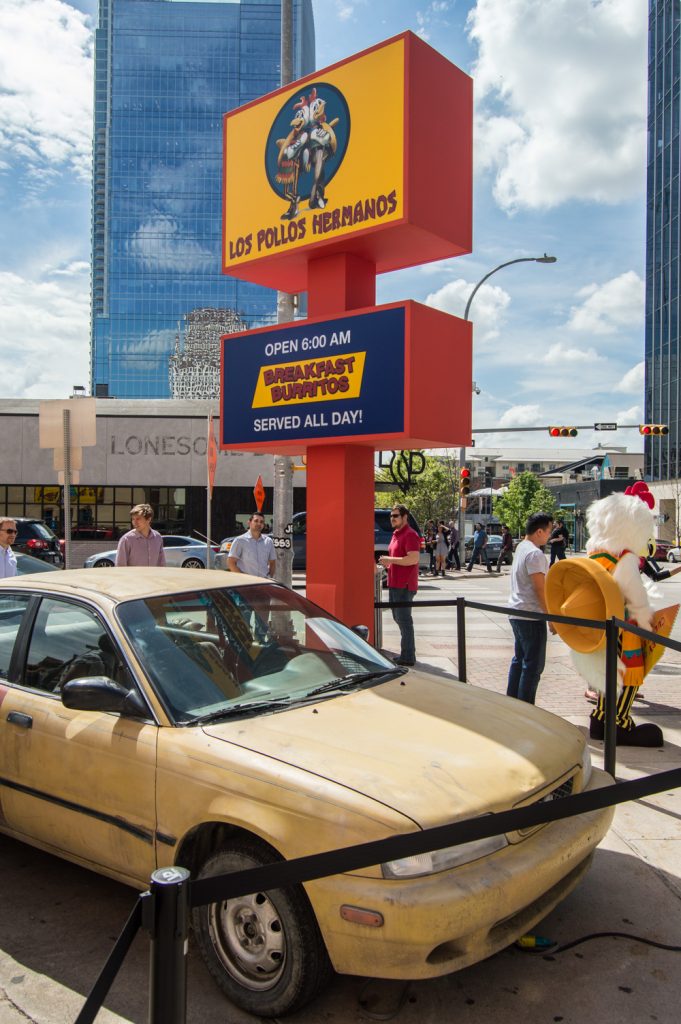 Most of the fans, including myself, expected to try delicious fried chicken, after all, the name of the restaurant is Los Pollos Hermanos, but curly fries advertised by Gus Fring in the commercial were the only item on the menu. Even so, the experience of visiting the actual shady restaurant from my favorite TV-show was great! 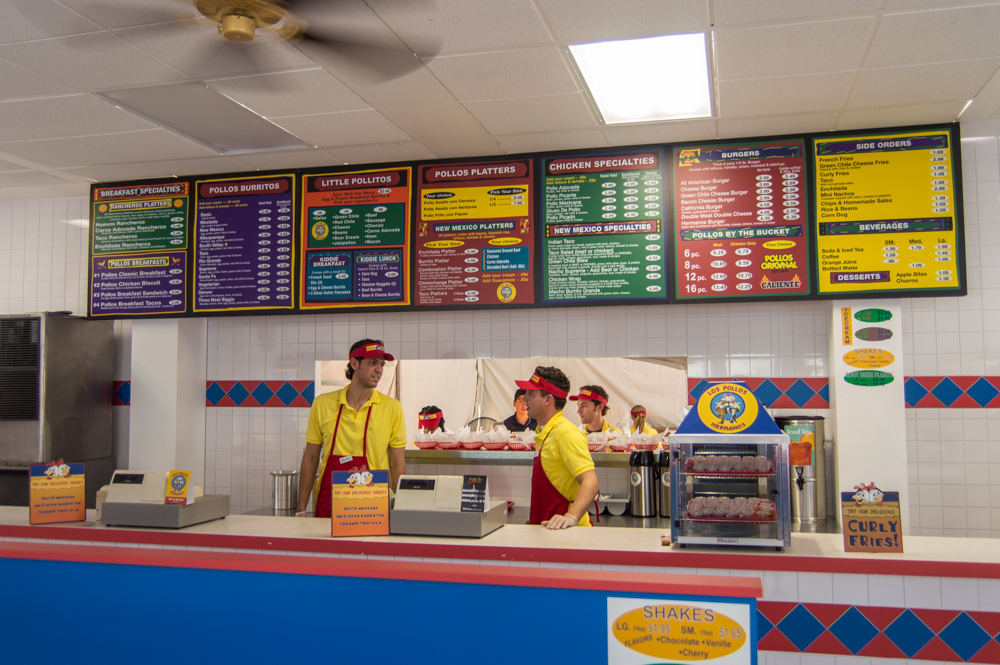 Inside Los Pollos Hermanos. Even though there’s a full menu in the back, the only item available was curly fries with a choice of sauce. 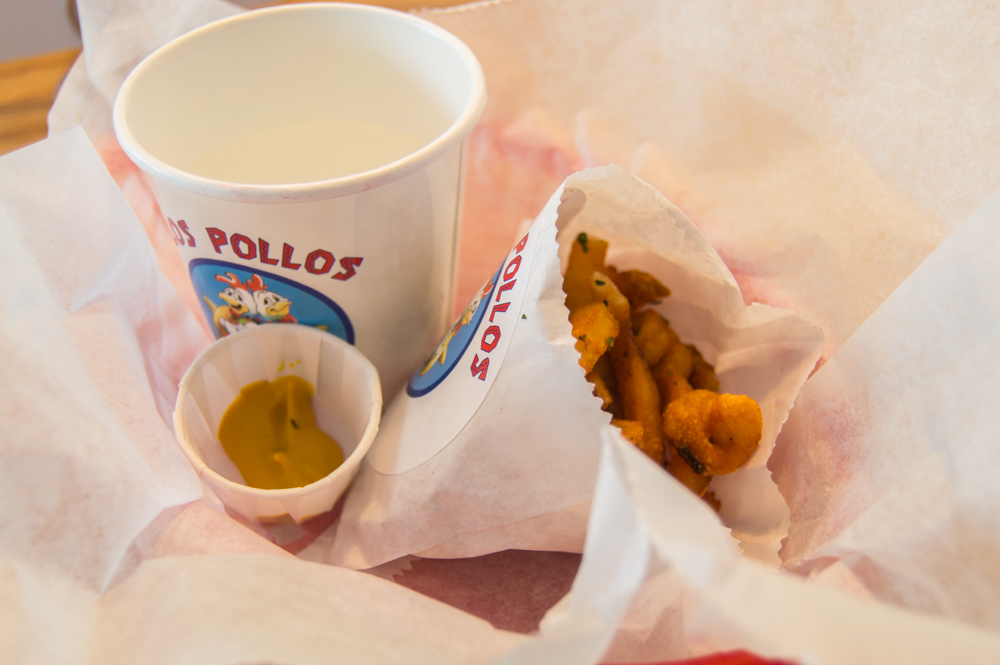 Have a virtual tour of Los Pollos Hermanos in Austin, TX! 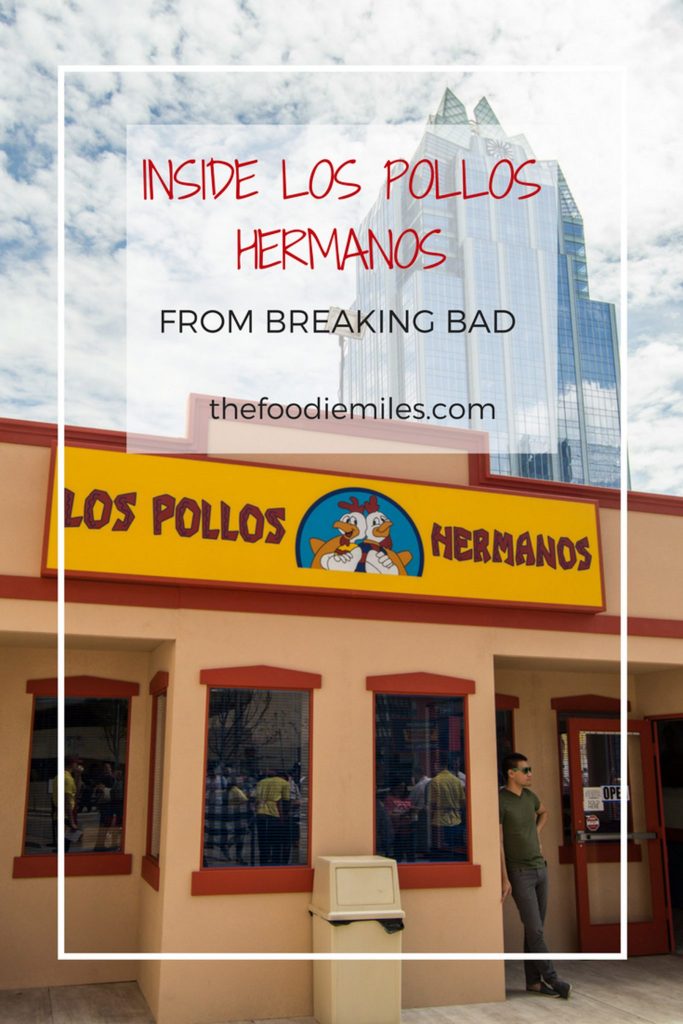