The End of the World As I Knew It

“It’s not like anything I imagined,” is the best thought that can run through your mind upon arrival to a new country. It’s scary, promising, and exactly what I thought to myself after landing in Colombo. Standing outside in my figure-hugging pink dress and high heels, I could almost physically feel the realization, that I got it all wrong, creeping into my chest.

A smart traveler would do a thorough research before moving to a developing country for half a year. A smart traveler, not me at 22 years old. Young and adventurous, or rather, reckless and silly, I landed with a suitcase full of uncomfortable shoes and head full of delusional ideas.

My research of Sri Lanka was limited to typing the name in Google and clicking “Images”. Picturing myself running on the beach with hair caught in the wind – in the best traditions of Bollywood movies – was a good enough reason to come.

Now, riding through deserted streets of Colombo and absent-mindedly answering driver’s questions about Russian winter and Mr. Putin’s politics, I was staring at the mostly one-story buildings and piles of trash along the road with a growing suspicion that I wasn’t ready for such turn of events.

My new home didn’t make assimilation easier with its screechy stairs, dusty floors and a rat living behind the fridge – a fact my roommate happily spilled on me as soon as I stepped inside. I washed my clothes in a bucket of cold water, spread the blanket – the one truly useful thing in my luggage – on the bed, and lied on top of it. “If I can deal with this – I can deal with anything,” was a mantra that lulled me to sleep.

“Morning is smarter than night,” we say in Russia. The next morning agreeing to join my roommate and her friends on a trip to World’s End – a steep cliff in the hill country – was the smartest decision I’ve made. Winding road, white van, 11 people from 8 countries talking in 5 languages. Topics ranging from international relations to crazy alcoholic adventures last night. Everything blended into a big bundle of memories: 4-hour hike, reaching World’s End, standing on the edge of the cliff and looking at the endless mountain chain that brought to mind scenes from Cameron’s “Avatar”, somebody saying, “It’s not the end of the world,” about high price of water bottles in the park, somebody else replying, “Well, actually it is.”

It was the end of a homely little world in which I spent years. It was the discovery of a big unfathomed world where I wanted to spend the rest of my life. 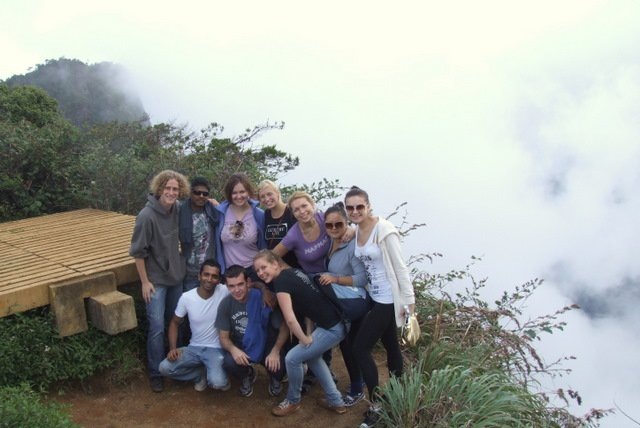 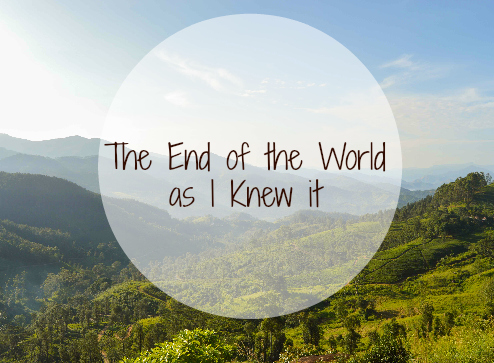