On the day after my 30th birthday I sat in front of my computer for two hours, staring at the blank page, forcing myself to write something, anything about turning thirty. For some reason, I was sure that once I turn thirty, I’ll know exactly what to say. I imagined writing this deeply philosophical post about the lessons learned in the past decade, what it feels like to finally be in the club, and about my accomplishments.

Today I am thirty years and one day old and I have no idea what to write. I wouldn’t even be writing this if I haven’s shared my extremely belated, but highly accomplishable list of things to do before I turn thirty on the blog three months ago. Now I feel obliged to let you know what points on that list I managed to tick off.

The good thing is that I am writing for a personal blog, not The New Yorker. And as such, my blog can be a confused, unstructured stream of consciousness. So let it be it. 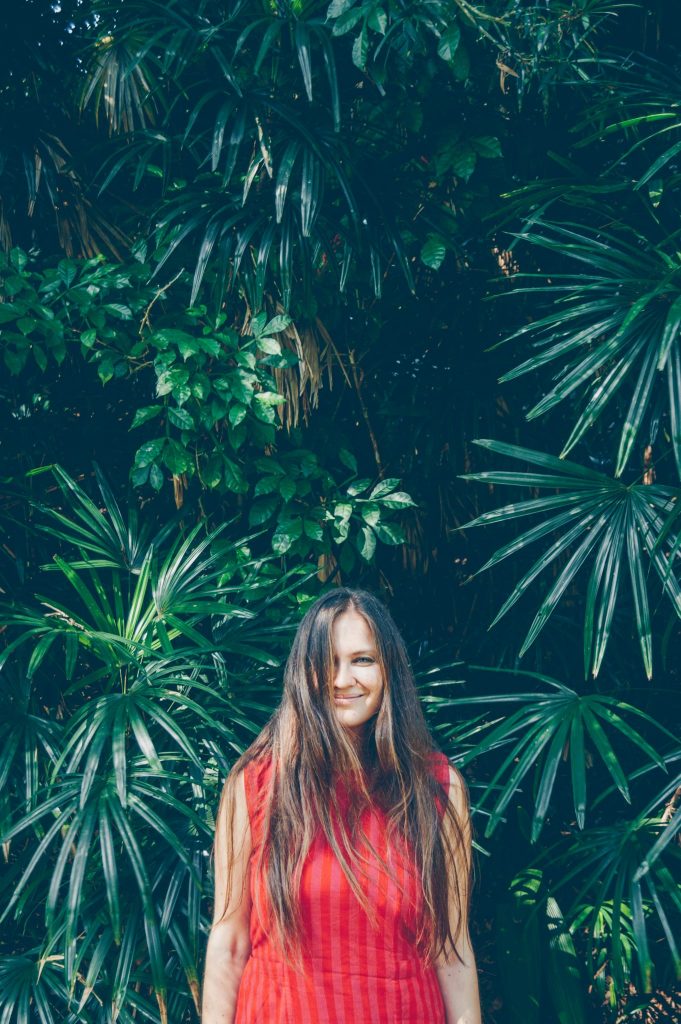 I guess anyone in the history of the world who ever turned thirty will tell you that not a thing changed the day after. Probably, only this one new question appears in the mind: “How is it me who is thirty?” Thirty is old, thirty is full-on adult, thirty is my mom’s age. I remember when I was around twelve — which makes my mom thirty two at the time — I asked her “But how were things in your time?” like if she was from a different century. My mom replied: “Whose time do you think it is now?”  Well, duh, mom! Clearly, it’s my time now that I am twelve and you are over thirty and a mom.

When that year my brother was born, I couldn’t stop thinking about our age difference. Twelve years is no joke, you know. I imagined the time when he would be eighteen — the prime of his life — and I would be sad old thirty. At twelve, one doesn’t have much perspective. But hey, that time is here and I never wanted to return to my “prime years” less than today!

As if to confirm that anti-desire of traveling back in time, today I decided to reread the conversations I had with my best friend on Facebook from the very beginning. The year was 2008, exactly ten years ago.

I guess that year was harsh for me, because the messages are far from being a delight to read.  In 2008, I didn’t get a visa to the United States and the trip I was planning for a whole year fell through. My best friends, on the other hand, were issued their visas and left for three summer months to the country of my dreams. The messages from that period fully reflect my lonely frustrated state. The word “depression” repeats itself way too often in the dialogs, even though I understood then — as I understand now — that I was rather “feeling sad” than being truly “depressed”.

Scrolling through the next few years I was expecting this bitterness to go away bit by bit, surprisingly, it didn’t. Pretty much through all of my University years the messages to my best friend show an insecure, constantly worrying person.

I have to mention that my Uni years were happy. I studied what I loved — public relations and communications. I made many great friends who are still with me today. I was known as that girl who smiles all the time and laughs loudly in complete silence. Yet, once in a while a wave of insecurity would cover me completely, making me write things like “Why isn’t he calling?” and “I wish I had thinner legs to wear that mini skirt” to my best friend.

I reread those ten-year-old messages and felt genuinely pity for myself. Why was I so stupid and, more importantly, unhappy so often? I wanted to hug my twenty-year-old self and reassure her (me?) that it’s all going to work out fine. 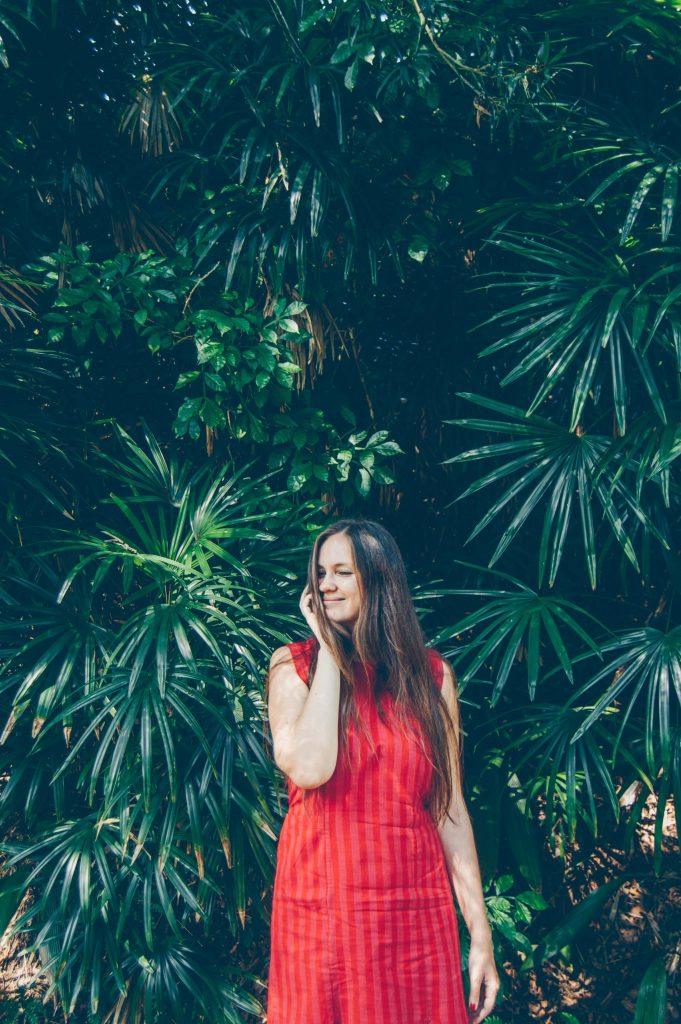 Back then thirty seemed so far away, so adult. I distinctly remember how I told my mom that by thirty a woman should have it all figured out. I was planning to be married, have two kids and be the CEO of a medium-sized company. Incredible confidence in one’s future for a girl who considered her legs too fat for a miniskirt!

At thirty, I am perfectly fine with my legs, I genuinely think I look better than ever, I get head turns fairy often which is not surprising cos I am da queen and I know it. One little thing: I don’t have it all figured out and I don’t think I should. It’s good to finally understand that I will probably never have it all figured out, not at forty, not at seventy.

It feels good to be in peace with myself. To not want to change who I am, but only constantly grow to become “the best version of myself”, as they say. To follow my own style, not the trends. To be concerned by issues that are bigger than myself. To have the opportunity to help others.

Thirty feels good. But you don’t cross that line of turning thirty seamlessly, without reflecting on the past decade, without having a few weird thoughts, without trying to understand how it feels and what it means for you. At thirty, you realize that you are going over to the side of life where you are considered not yet old, but older.

In the last volume of War and Peace — reading which was one of the things I promised to do before turning thirty — I came across this incredible description of Natasha Rostova, reflecting on her own state after suffering from the loss of her home and love:

“One day she went quickly upstairs and found herself out of breath. Unconsciously she immediately invented a reason for going down, and then, testing her strength, ran upstairs again, observing the result.

Another time when she called Dunyásha her voice trembled, so she called again—though she could hear Dunyásha coming—called her in the deep chest tones in which she had been known to sing, and listened attentively to herself.”

Well, I am not suffering here, just entering another decade of life, but that feeling of listening to yourself attentively, trying to see if there’s a difference is so relatable. I did fifteen jump squats the other day and felt out of breath… is it that hard? is it my age? I looked through the pictures of my smiling self in Kandy… were those wrinkles always there? Are they new?

Mind you, Natasha was not older than twenty at the time described in the episode. Then again, in the nineteenth century thirty for a woman was as good as being fifty five and have three grandkids today.

Silly questions aside, it’s good to be thirty in our day and age, when Jennifer Lopez who just turned forty nine looks better than me. I have nineteen good years to get to where she is. 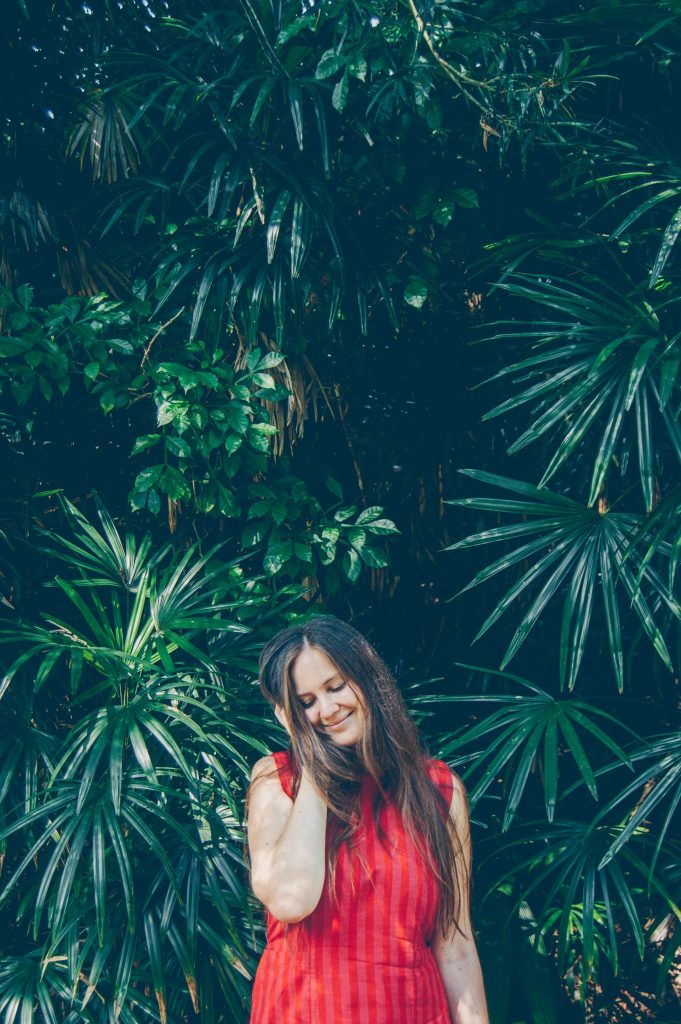 Since I mentioned War and Peace, I think now is the time to finally tell you what points I can tick off on my highly accomplishable list of things to do before I turn thirty.

I have reread War and Peace by Leo Tolstoy. If you haven’t read this masterpiece, get to it right now. I don’t know a book that describes the complexity of Russian soul and spirit in a better, deeper way than War and Peace does. Tolstoy is a genius, and his writing makes me proud to be Russian.

I haven’t made a gingerbread house — yes, it was high on my list — and haven’t prepared a five course dinner for my husband, but I solemnly swear to do both by the end of the year.

I have leaned the basics of tango, or at least as much as I could until my Argentinian teachers left Sri Lanka for good. Right now I am learning to dance zouk and loving it.

I have watched a show at Bolshoi theatre, my childhood dream. But as it sometimes happens, dreams don’t come to life exactly the way you imagine. I didn’t realize when booking tickets that the two stages of Bolshoi are located in two different buildings. As luck has it, the Stone Guest, the opera I came to listen to, was performed on the New Stage, not the Historic Stage I was dying to see. All the more reasons to return.

I haven’t done a split which is not a big surprise. But I started trying after many years and I am not as bad as I imagined.

My last resolution was to do something good for someone else. I have done it twice, probably to make up for the gingerbread house. I described my story of Channa, the tuk-tuk driver here. The second act of kindness was inspired by and organized with the help of my dear friends. We   ordered a whole bucket of kottu and brought it for dinner to a children’s home one day before my birthday. It might sound counterintuitive, but I feel that one has to schedule good things and have a deadline. We always mean to do good, but sometimes forget about it in the rush of daily life. Having “do something good to a stranger” written down was a great reminder.

Ok, this is all I wanted to share on turning thirty. Now from discussing thirty to living thirty to forgetting all about it when asked how old I am. The real reminder of my age are not the wrinkles around my eyes, or heavy breathing when doing jump squats, but those moments of falling for an up-and-coming Hollywood actor after watching a new blockbuster (as I always do), scrolling through his half-naked pictures, then googling everything there’s to know about him only to realize he’s twenty three. Yikes!