State Fair of Texas: if It’s Not Fried, It’s Not Food

On the morning of Texas State Fair I woke up in a creatively decorated Airbnb in Dallas. Two umbrellas hung from the ceiling over the bed, and an art piece featuring a photo of what looked like a dead (or deeply sleeping) woman was set on the table. The art piece was not unlike Gladys that Phoebe made in Friends and gifted to Monica. The resemblance wasn’t as much in technique or appearance, but in the general feeling of anxiety both art works institute in any mentally-healthy human being. I got up from the bed and turned the picture around to face the wall. “It’s going to be a good day, Gladys!” 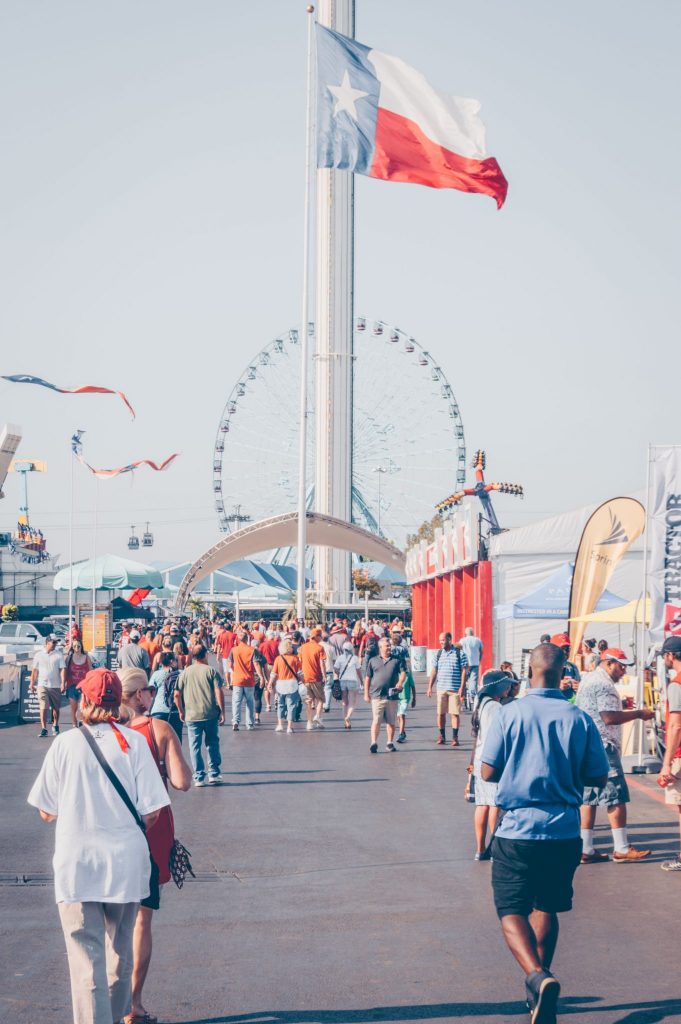 The main question that was on my mind in the morning – apart from “What kind of person puts a Gladys in his bedroom?” – was to have breakfast or not. Don’t underestimate the importance of this decision. On the one hand, I could skip the first and most important meal of the day to save room for all the Texas Fair treats. On the other hand, I was scared – and rightfully so – that each of the treats will contain more fat than I consume on a monthly basis. 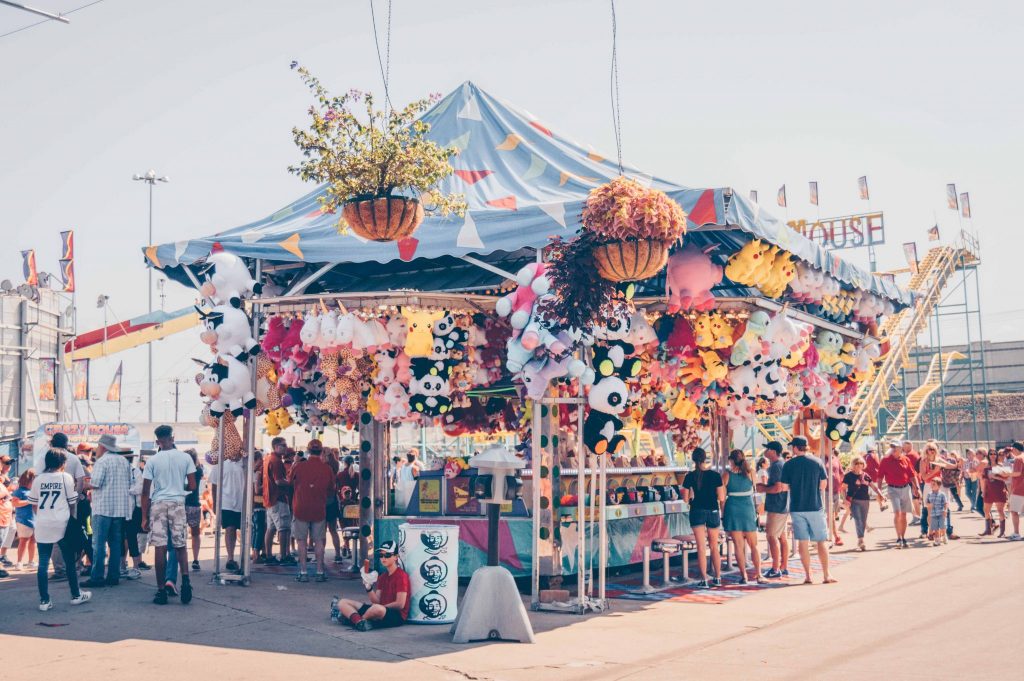 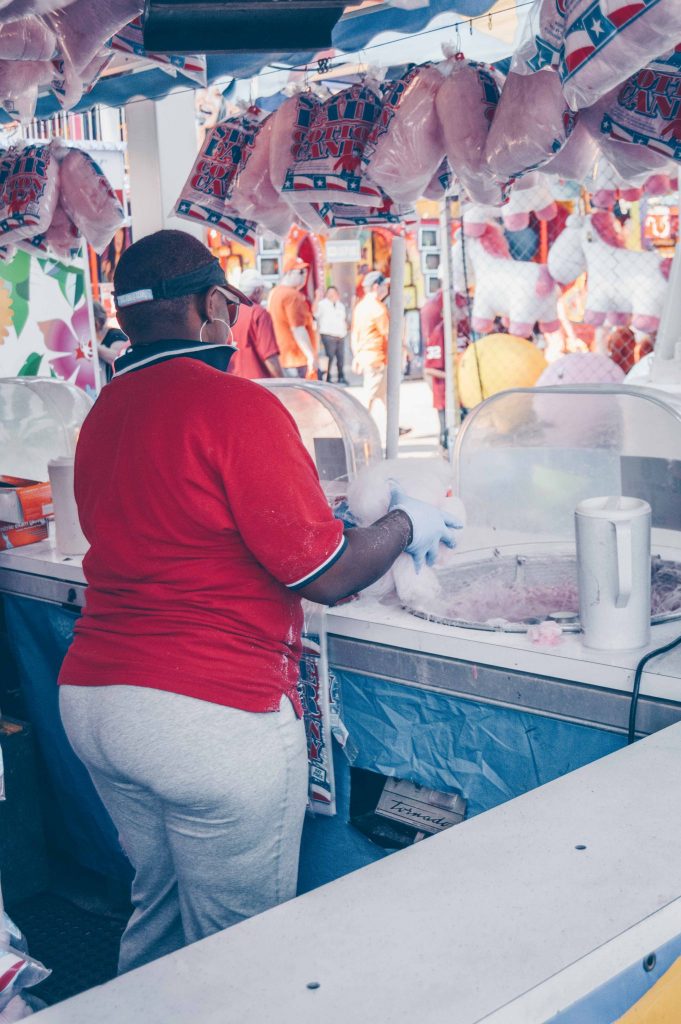 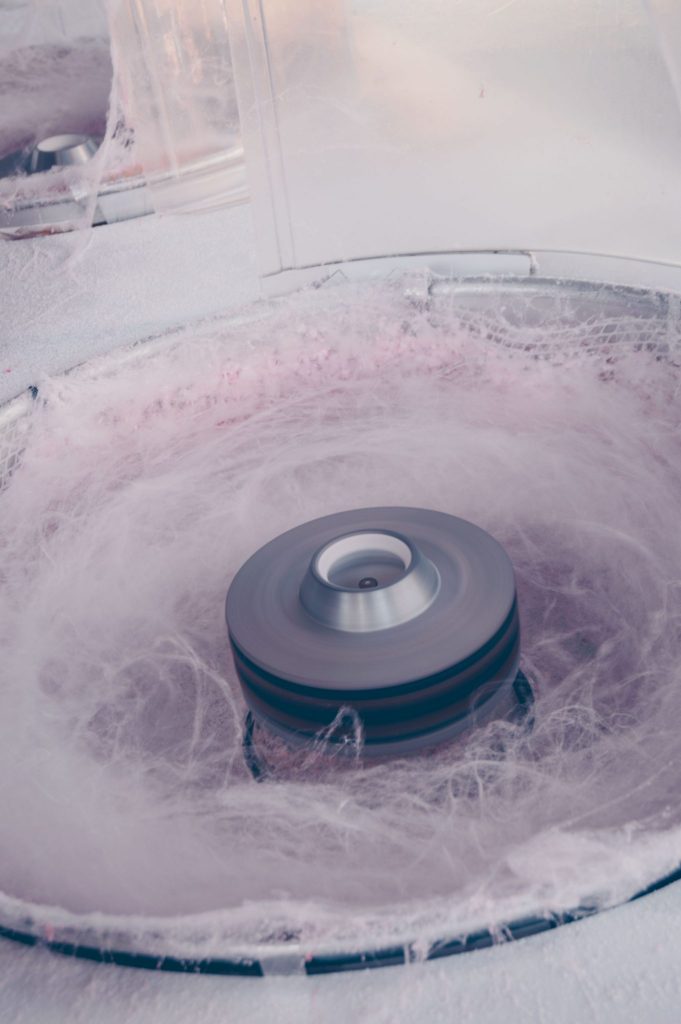 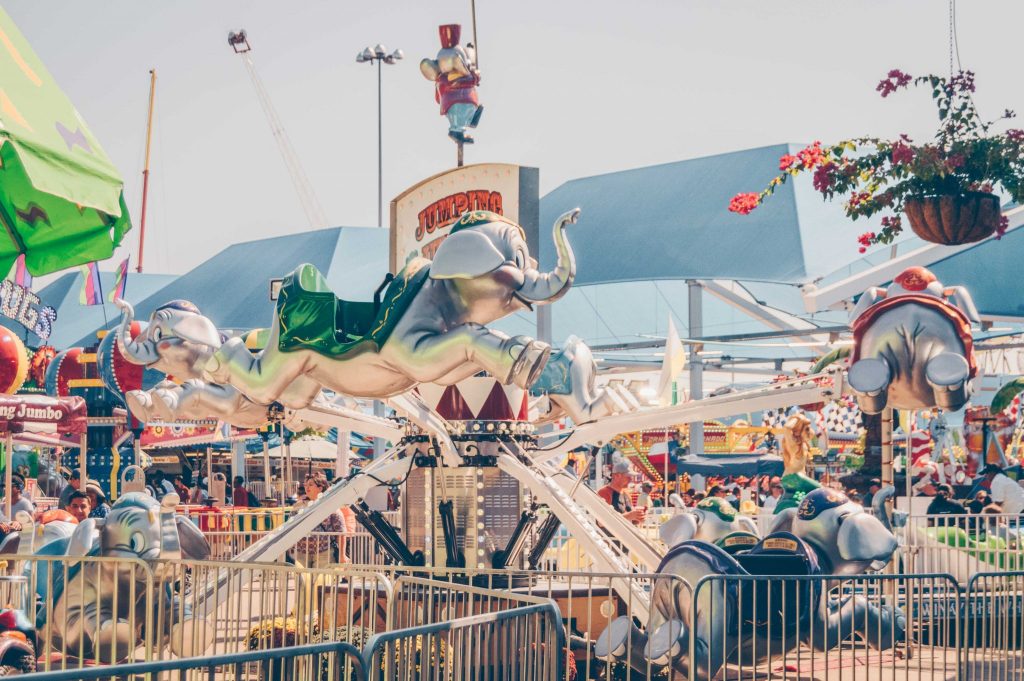 You see, when it comes to Texas State Fair, if it’s not fried it’s not food. Every year the vendors try to outdo themselves by committing unspeakable culinary crimes that would make the likes of Alain Ducasse faint. Oh, the things they fry! Deep-fried Oreos and Snickers, deep-fried PB&J sandwiches and cookie dough, deep fried pizza and mac-n-cheese, deep fried brownies, pickles, and even sweet tea! When asked how on Earth can one fry tea, the girl behind the counter shrugged and said she couldn’t explain it. Although, to my question whether you drink it or eat it, she confidently replied “eat it!” I am not sure I am mentally prepared to eat my tea. 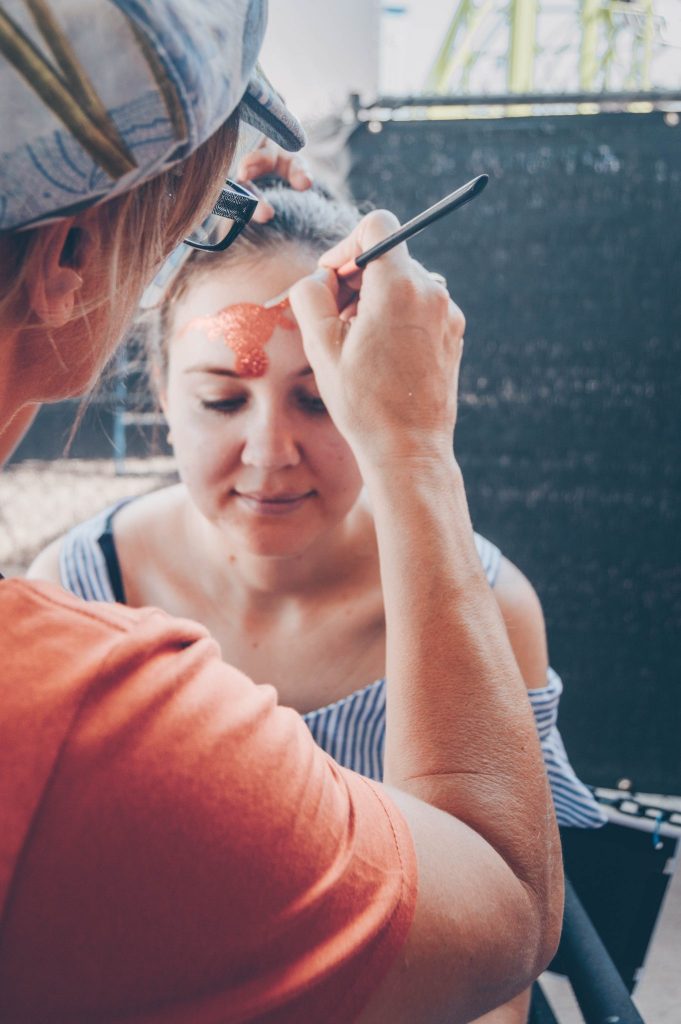 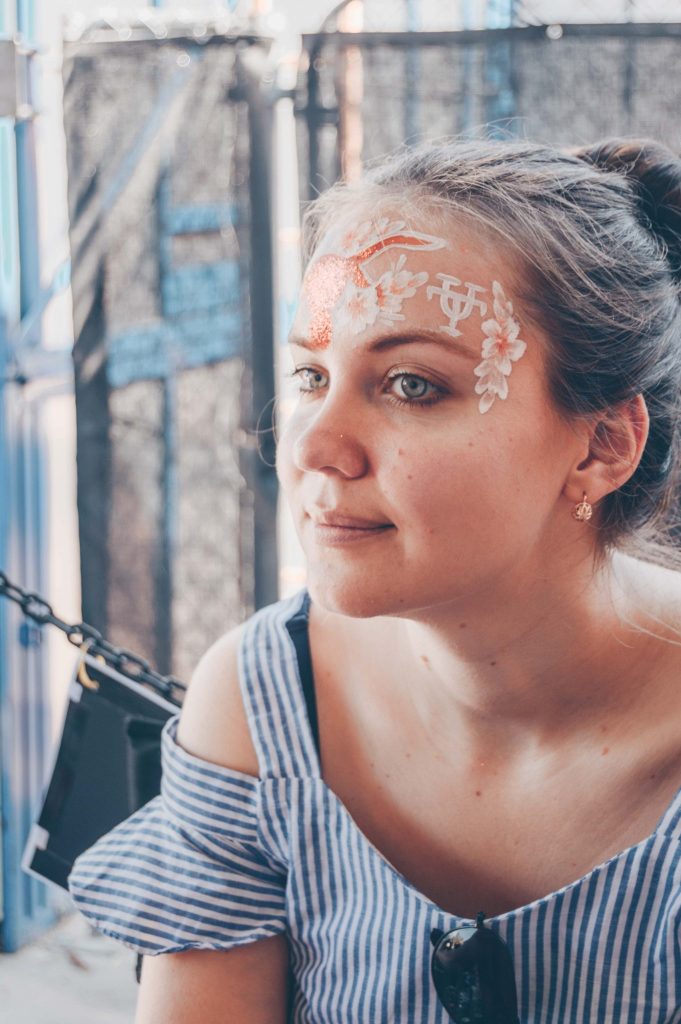 Deep fried food was one of the main reasons I came to Texas State Fair. The minute I heard a friend saying you can find deep fried Coca Cola and deep fried butter there, I knew I had to see it with my own eyes. The food court of the State Fair of Texas is like an olden days freak show. The things you see might be gross and repulsive, but for some reason you cannot take your eyes off it.

I saw pork rinds fried in a skillet. I saw balls of cookie dough floating in boiling oil. I saw chicken wings stuffed with rice and more chicken which sounds especially atrocious: you kill someone, cut off their tiniest body part and stuff it with its own meat until it looks like a balloon. 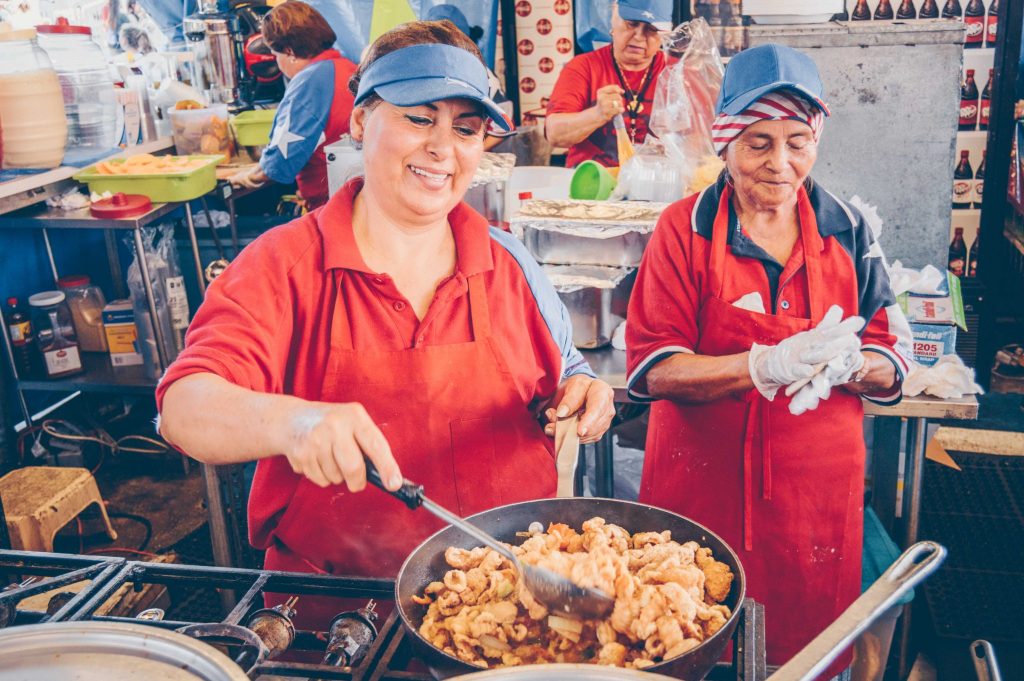 And just like in case with a freak show, you watch it with mixed feelings of curiosity, sickness, and shame that you are getting so excited to see these horrors. In the end, I decided to try the iconic snack of Texas State Fair — corn dog — and balance it out with the one healthy option available — corn on a cob. The last one cost me an arm and a leg, or, to be more precise, $6 — the price I pay for 24 corns in a supermarket. Not three, not six, but twenty freaking four! 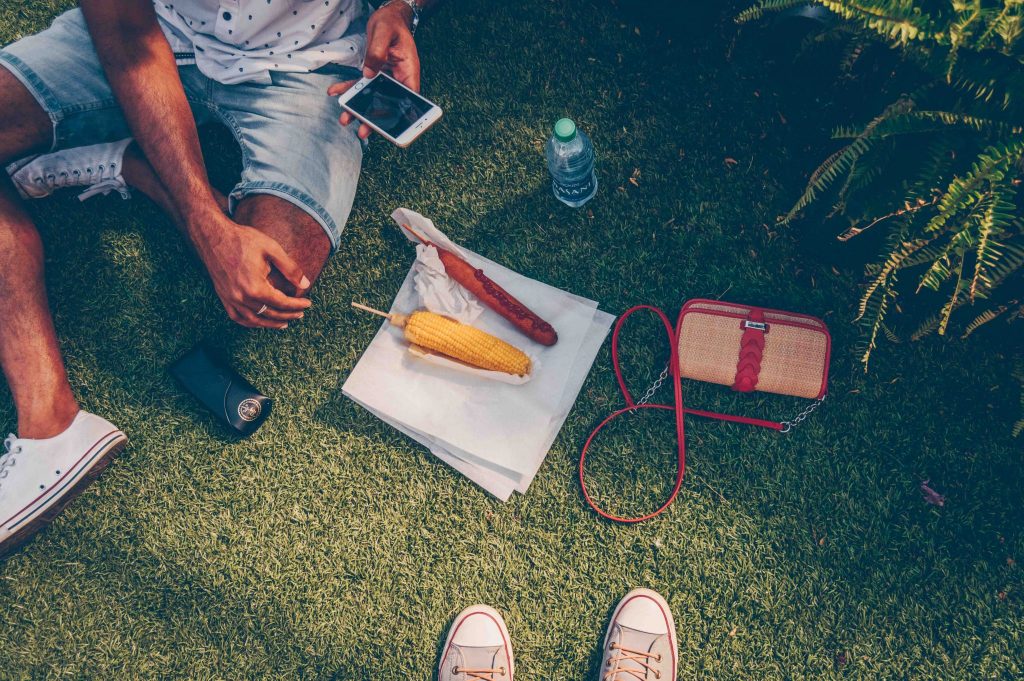 Our humble lunch of corn dog, corn on a cob and water for a total of $20

The corn dog was ok, but nothing to write home about. The only other fried food I tried was deep fried pickle which I stole from a friend only to spit it out after the first bite. I am a food blogger and I didn’t eat any gross deep fried foods at the State Fair of Texas. I should be ashamed of myself. I really should. I am so sorry, but I couldn’t bring myself to put a funnel cake burger or a deep fried chicken noodle soup (the winner and the finalist of the Big Tex Choice Awards 2017 respectively) in my mouth.

I thought the problem was in me and my unaccustomed to American fair treats palette. But driving back to the Airbnb with my friends, who explored the fair on their own, brought some relief. The conversation in the car centered around all the foods everyone tried and which one tasted the worst. Apparently, I missed the whole point. You go to the State Fair of Texas to eat gross foods not because they are delicious, but exactly for the reason that they are gross and it’s fun to eat gross foods once in a while. Also, it’s a great conversation starter. 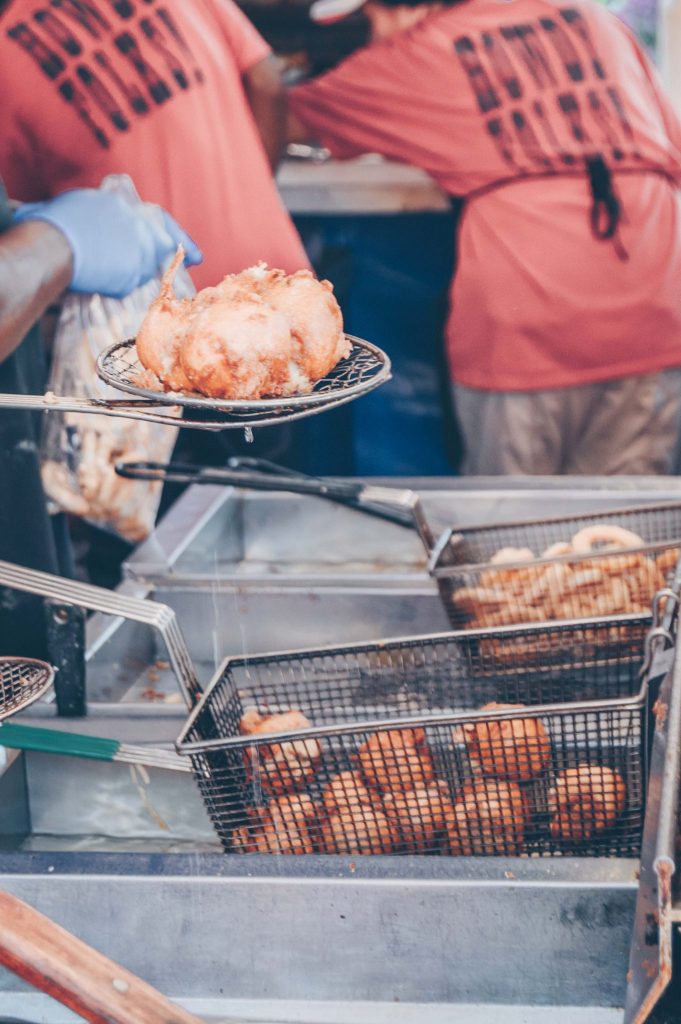 I chose wisely to have breakfast before going to the fair. My simple scrambled eggs with avocado were, hands down, the best thing I’ve had all day. Maybe, next year I will come back to try fried carrot cake or fried Jell-o, but I will need some serious training.

I imagine myself getting up before dawn like Rocky. Only instead of raw eggs I drink canola oil straight from the bottle. Then I run around Austin making stops at Dunkin Donuts and KFC (maybe I’ll go local and stop at Gourdough’s and Lucy’s Fried Chicken instead). I finish by climbing the steps of Mount Bonnell and victoriously throw my hands in the air. Bring it on, State Fair of Texas! Nobody said being Texan is easy. 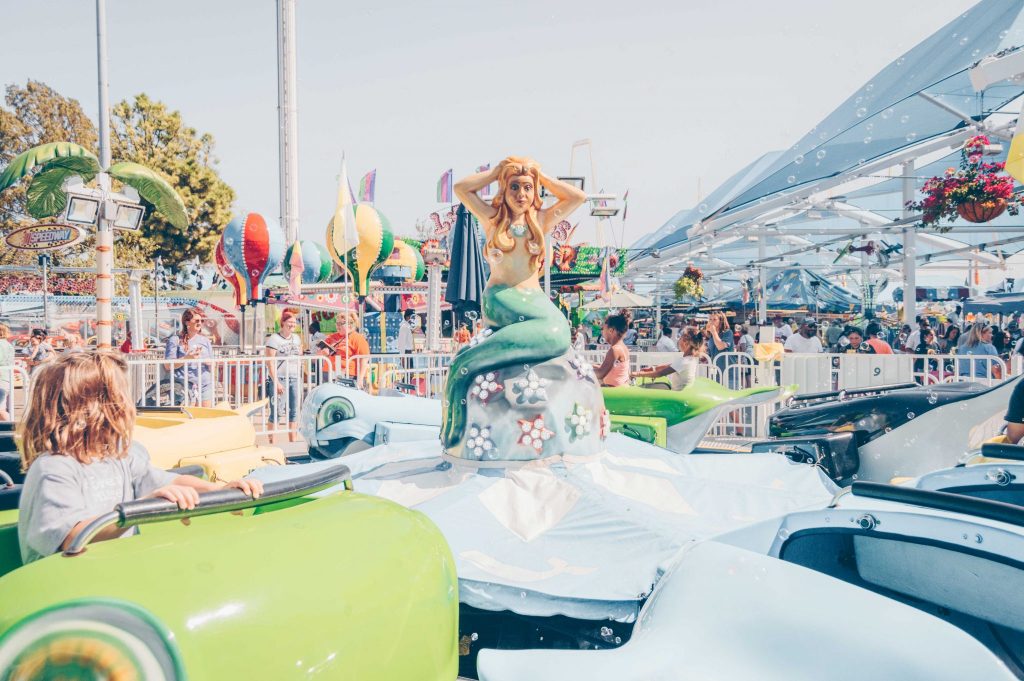 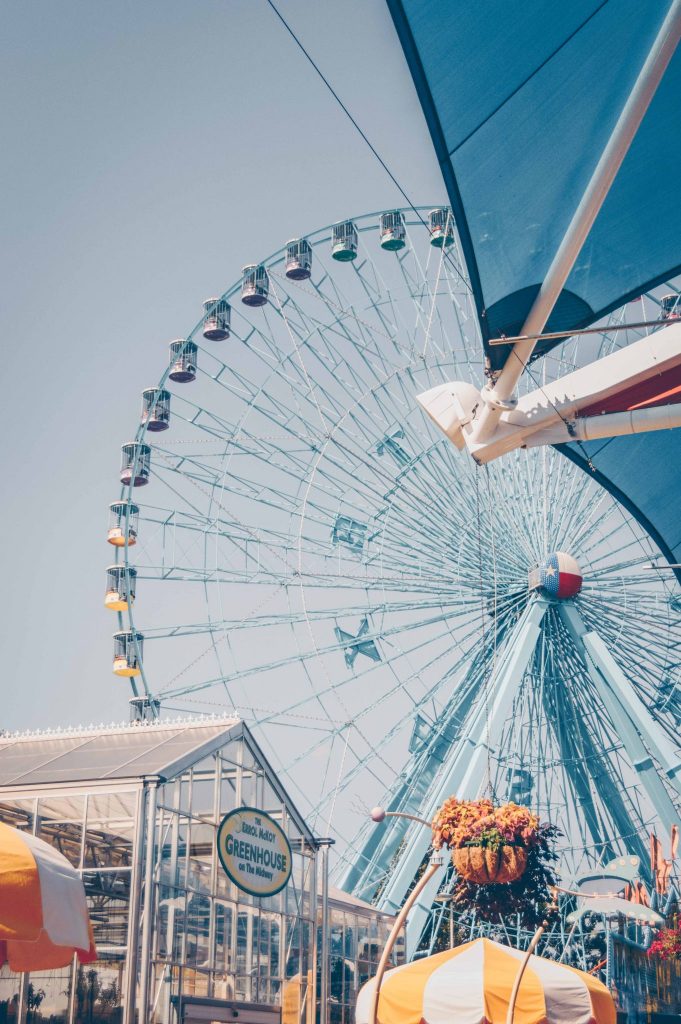 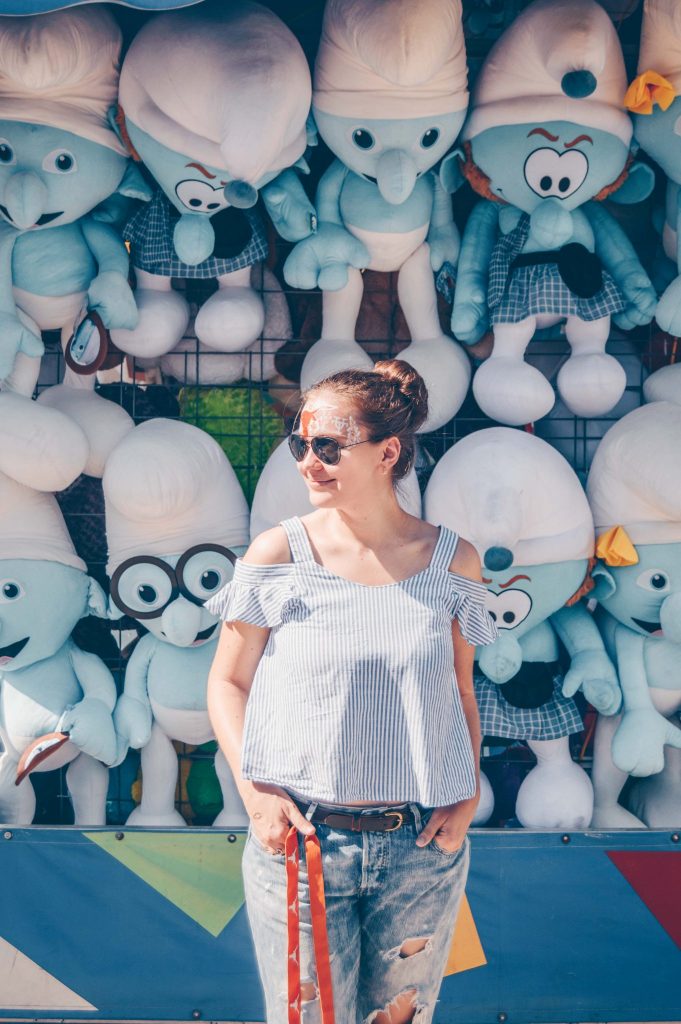 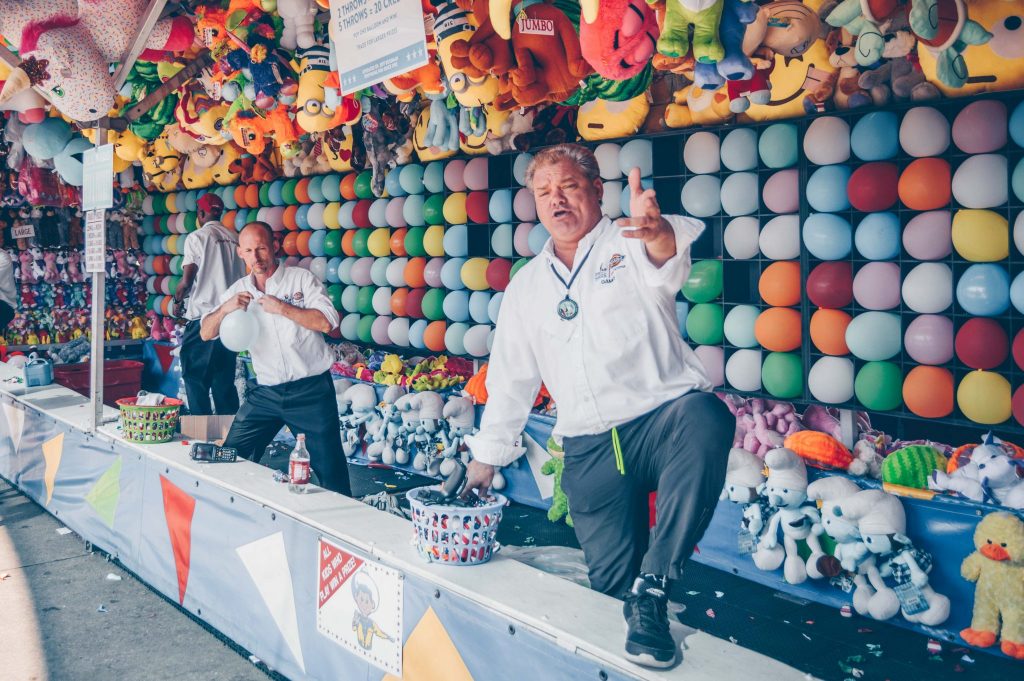 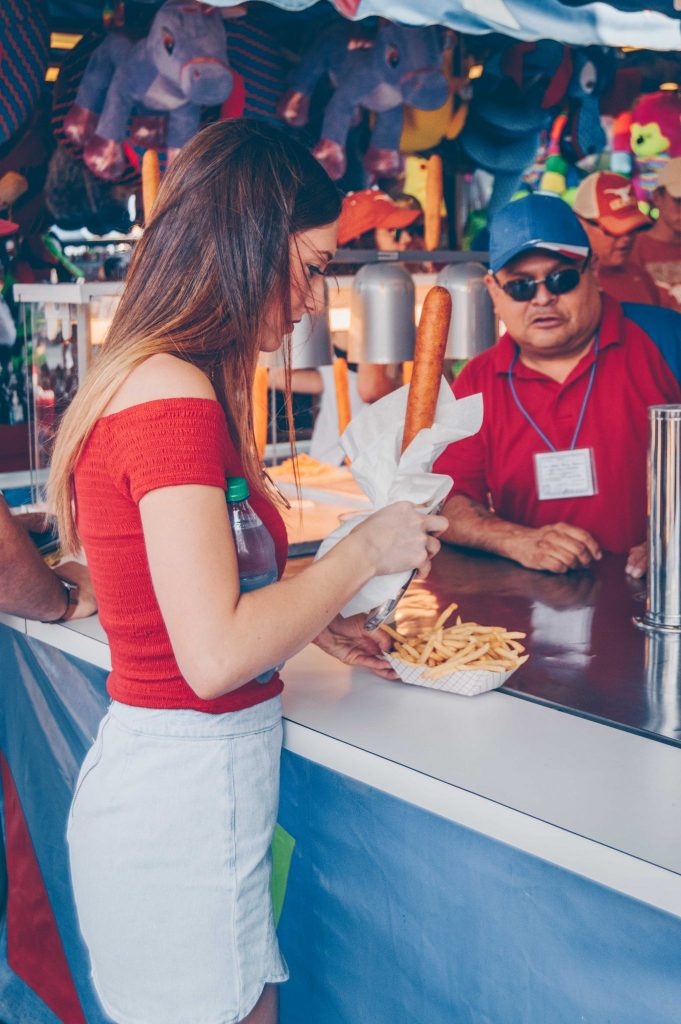 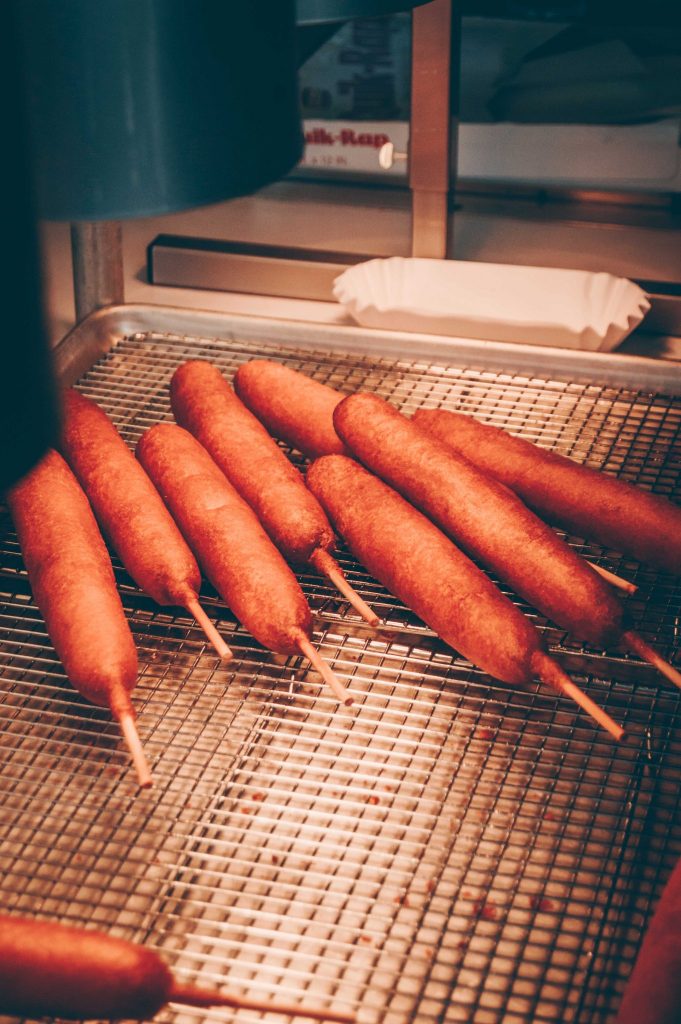 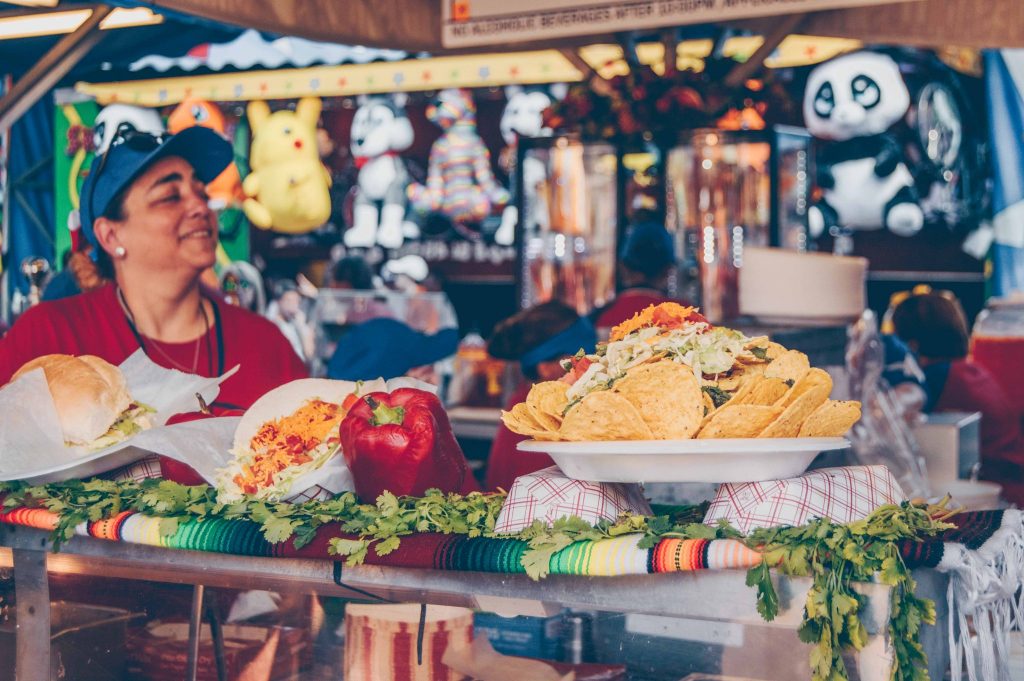 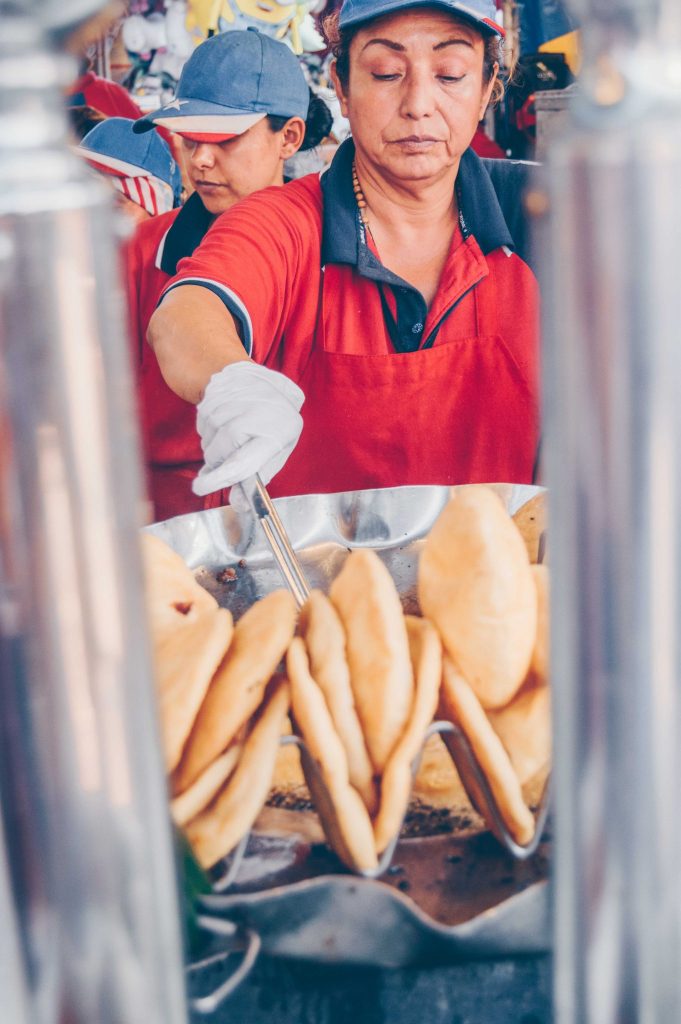 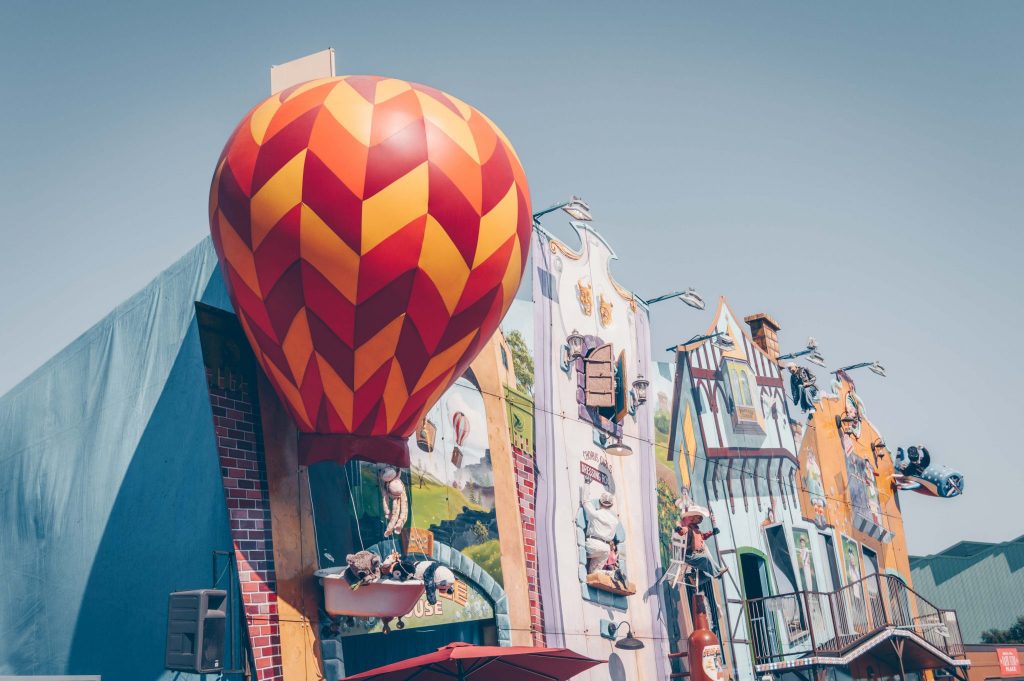 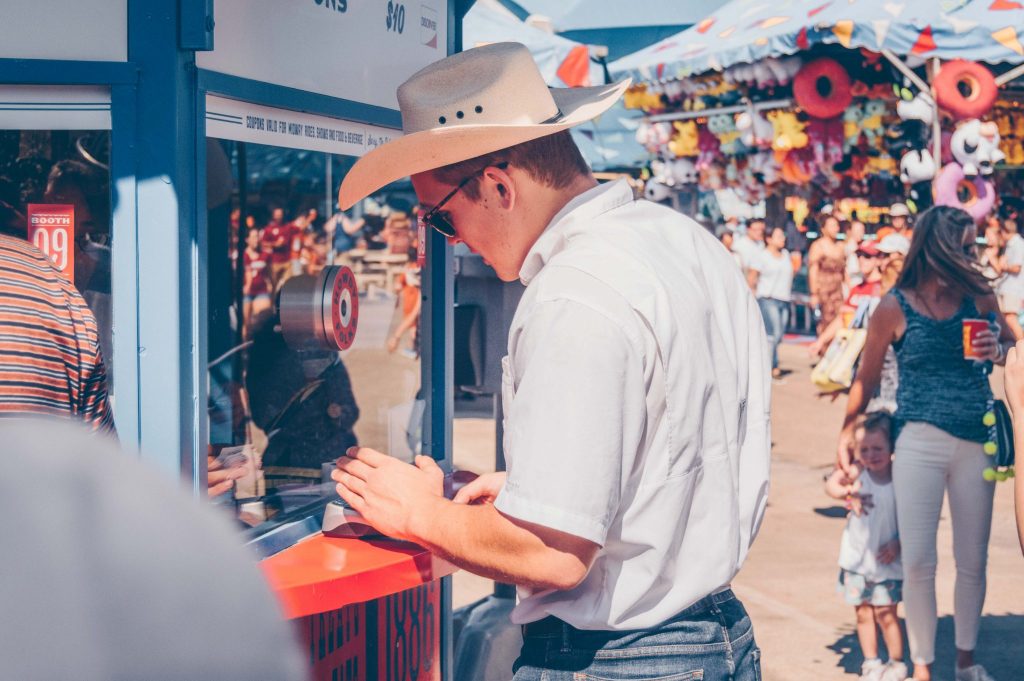 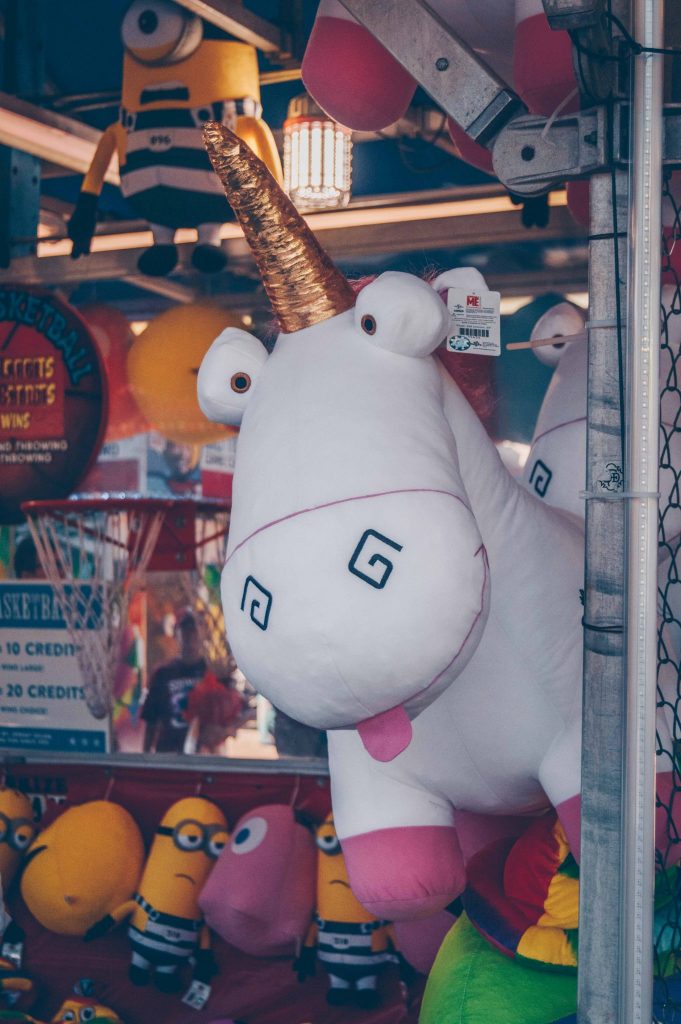 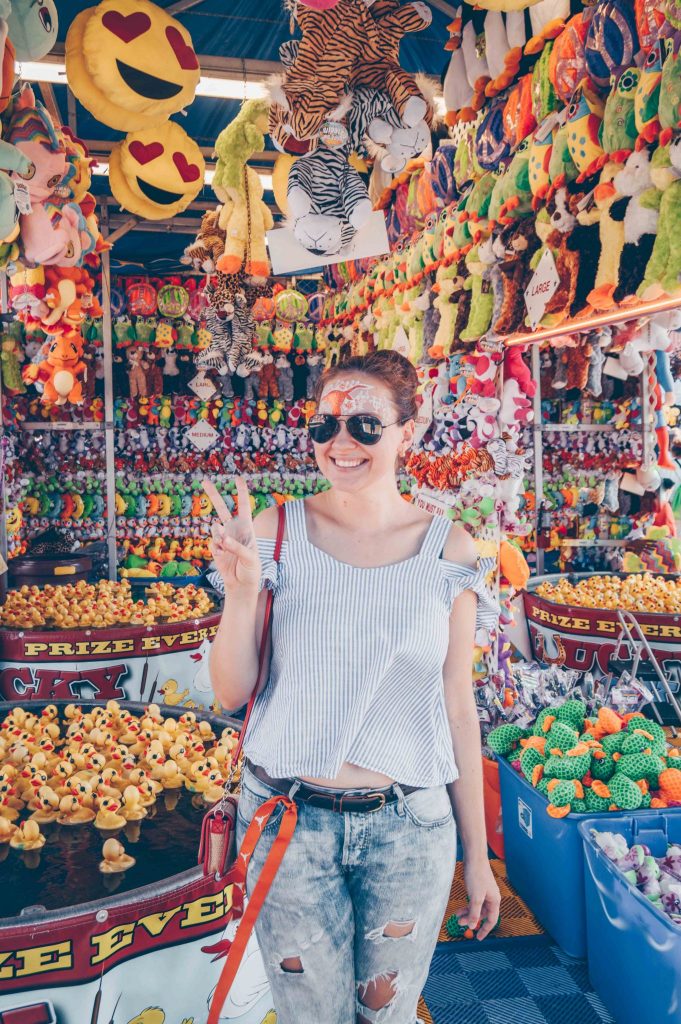 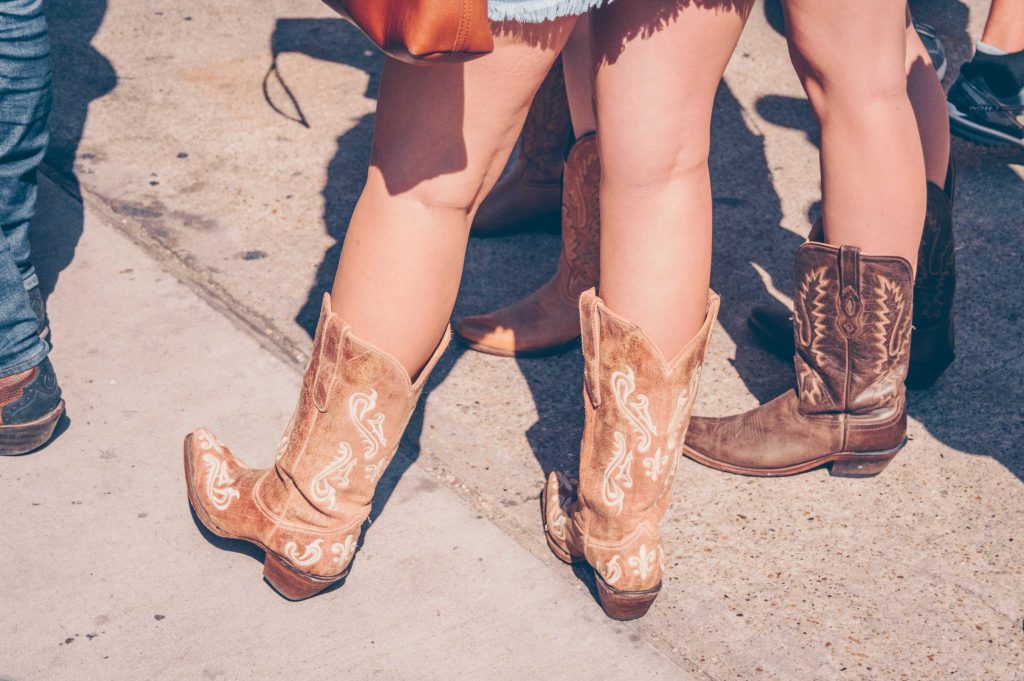 Visiting State Fair of Texas was part of my Becoming Texan series in which I do everything a true Texan should do, no matter how terrifying, awkward or impossible it may seem to a Russian girl. If you have any suggestions what I should do next, comment below! 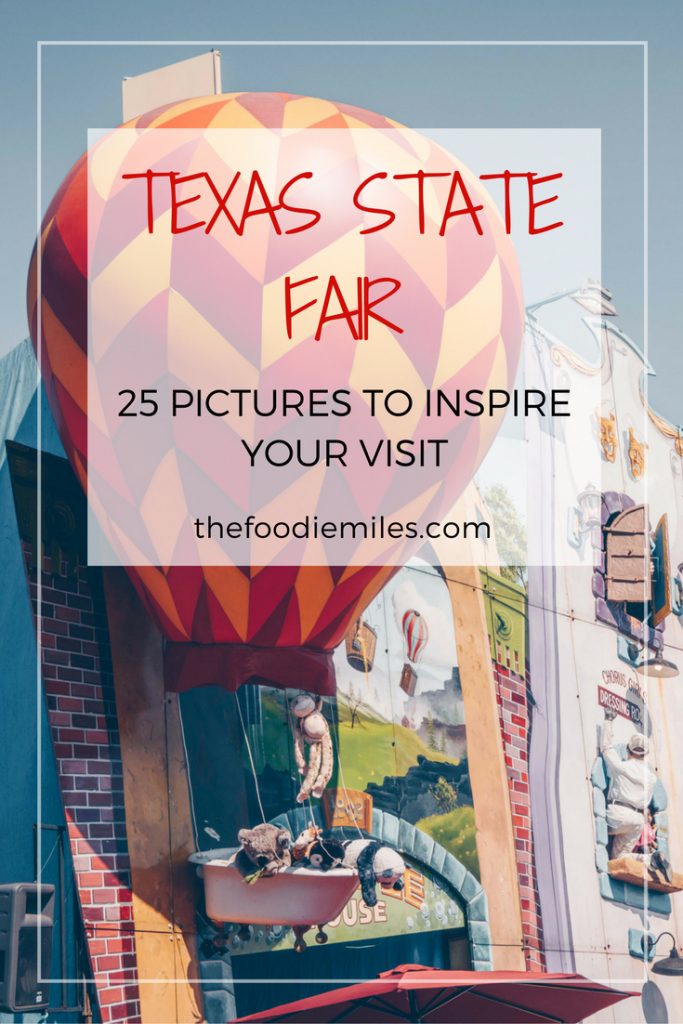