Cooking in Sri Lanka: the Good, the Bad and the Ugly

All windows and doors open, my kitchen should have at least a slight breeze to let me have a breath of fresh air, instead it feels like I am slowly roasting in hell, my face red, sweat accumulating on my forehead and running down my spine.

There’s no air conditioning in my kitchen – hence the open windows – only a fan on the ceiling that doesn’t bring much relief. Due to the fact that I own a small home-based bakery I spend most of my time in the kitchen and this uncomfortable, sticky, not-enough-air state is something I have to deal with every day. Like most women in Sri Lanka. 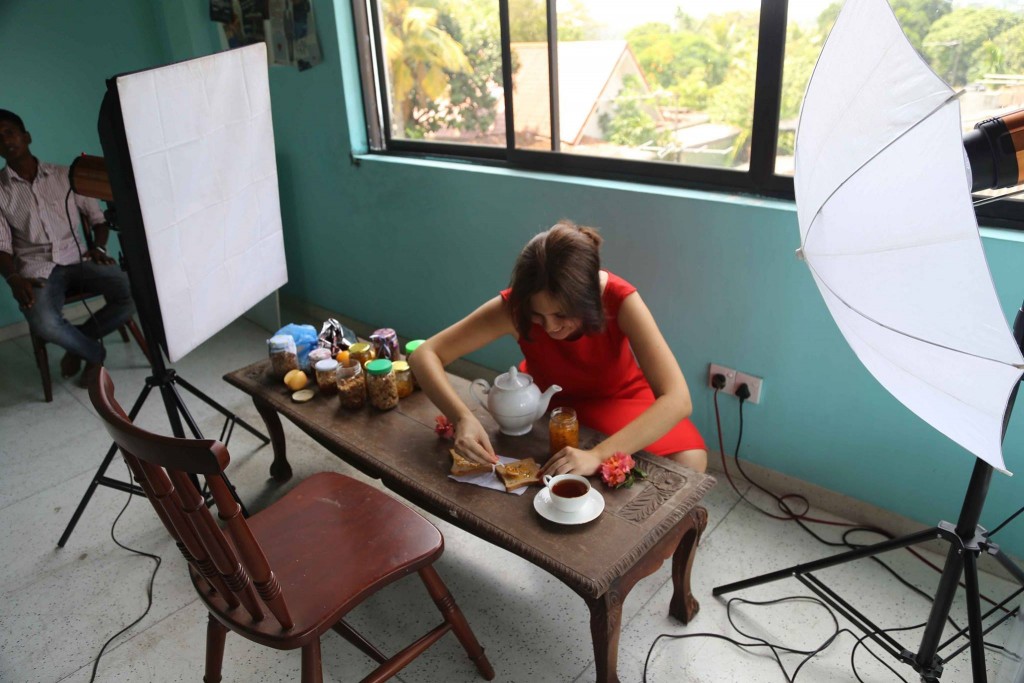 During the photo shoot of my bakery’s products.

At least I don’t have to wake up at 4 am like them to start cooking lunch. All western moms out there packing up PB&J sandwich and apples for kids, if only you knew what Sri Lankan women are going through every morning. Wake up before dawn, have a cup of tea to start the day off, begin preparing lunch by breaking open and grating a coconut (this is worth a whole other post), make rice along with at least 3-4 curries (sometimes more, but never less), pack everything up for each family member, then start getting ready for work. Every day morning routine.

Today I will not tell you a story of Sri Lankan cooking, though. Instead, I will tell you a story of cooking in Sri Lanka, something I had been doing professionally for a little over a year when I lived there. What I am going to talk about won’t surprise the majority of Sri Lankan people. Well, at least most of what I am going to say but I do have a few stories up my sleeve that are quite insane even for locals.

First thing that will drive you crazy is the heat. My friend who stayed in USA for a while once told me: “I enjoy cooking here so much because I don’t sweat constantly in the process”. This is a kind of sentence you would not imagine yourself saying if you are from a Western country. But in Sri Lanka it only made sense to run straight to the shower after preparing lunch or take small breaks to cool down when I had to cook all day long.

Heat does not only effect your body and mind by making you dizzy and tired quickly. It effects the cooking process itself. Not so much cooking as baking, actually. Everything you learned about baking, all those hours at culinary classes and time spent in the kitchen mastering your craft – forget it! Things don’t work the same way in a humid tropical country the way they do back home. The first time I was making cupcakes in Colombo I honestly felt like I was going to have a nervous breakdown. I would mix butter with icing sugar in a familiar 1:2 proportion just to see how my butter cream turns into a runny mess that I can’t even spread on cupcakes, let alone make a nice swirl.

You learn quickly that increasing sugar amount twice will do the trick but the cream is so sticky-sweet now that you also learn to add a pinch of salt to balance it out. You realize that some things are off-limits, like caramel decorations: I did it once just to find an hour later that all my fancy deco disappeared into thin air.

Cooking process that doesn’t follow any rules is only part of the problem, the other part is finding the right ingredients. Surely, if you want to prepare rice and curry you will easily find 10 types of rice, coconuts and a hundred varieties of spices in any tiny shop. But if you, for some inexplicable reason, decide to make something outside of Sri Lankan cuisine – searching for cheese, fresh herbs, or baking ingredients can take quite some time. Certain things are not available at all, while others are imported and sold at a price of a spaceship, like nuts or cranberries. You learn over time how to deal with weather, where to find the best quality foods at lower prices and how to mix butter cream. You can get used to almost anything.

What I could never get used to is the “animal problem” as I call it. This was the most difficult, disappointing and revolting part of my cooking experience. With all kinds of ants, bugs and gekkos, my own kitchen often reminded me of a zoo. You can never leave anything on the table, not even a cup of tea you just finished, because in 5 minutes there will be a line of ants marching down the table and straight into the cup. That’s when you learn what a water barrier is: fill a large plate with water, place a cup upside down into the plate, put whatever it is you want to protect on top of the cup. Now ants won’t be able to reach it unless they learn how to swim. Which I wouldn’t be surprised to see because ants in my house were especially fierce: they managed to get inside the sealed (!) jars making me throw out kilos of jam; they left a sophisticated pattern on a wall of my living room by eating away the paint; they even ate the top layer of my pink shoes! I felt like ants declared a war on me and were constantly planning how to make my life impossible. Gekkos were their devoted allies – always willing to give a hand in destroying anything I cook.

That’s where my experience is probably surpassing that of Sri Lankan women because I can clearly see the terrified look on the faces of my Sri Lankan girlfriends when I told them my stories. Like the one when I left an open jar with honey leftovers in sink and, stupid me, forgot to wash it right away. Not surprisingly, 20 minutes later I found a gekko swimming inside and unable to get out. Horrible, I know! But you know what’s worse? Trying to save the poor bugger! I clearly remember myself crying out loud while pouring water over the gekko stuck in honey and thinking to myself: what a nice way to spend a Friday night! I did save him though, maybe it will add up to my karma.

When I went back home for vacations the most satisfying feeling was to leave sugar outside and watch how nothing happens to it and nobody crawls over. It almost made me weak in my knees, I swear. All in all, cooking in Sri Lanka is a whole adventure that will keep you continuously alert. The moment you think you got it under control electricity will go off or you will run out of gas half way through baking a cake. Cooking in Sri Lanka is anything but boring!

PS. The featured image in this post is made by talented Viraj Kanishka Madanayake of Che Studio for Bake That Thing! – a home bakery I owned in Sri Lanka. 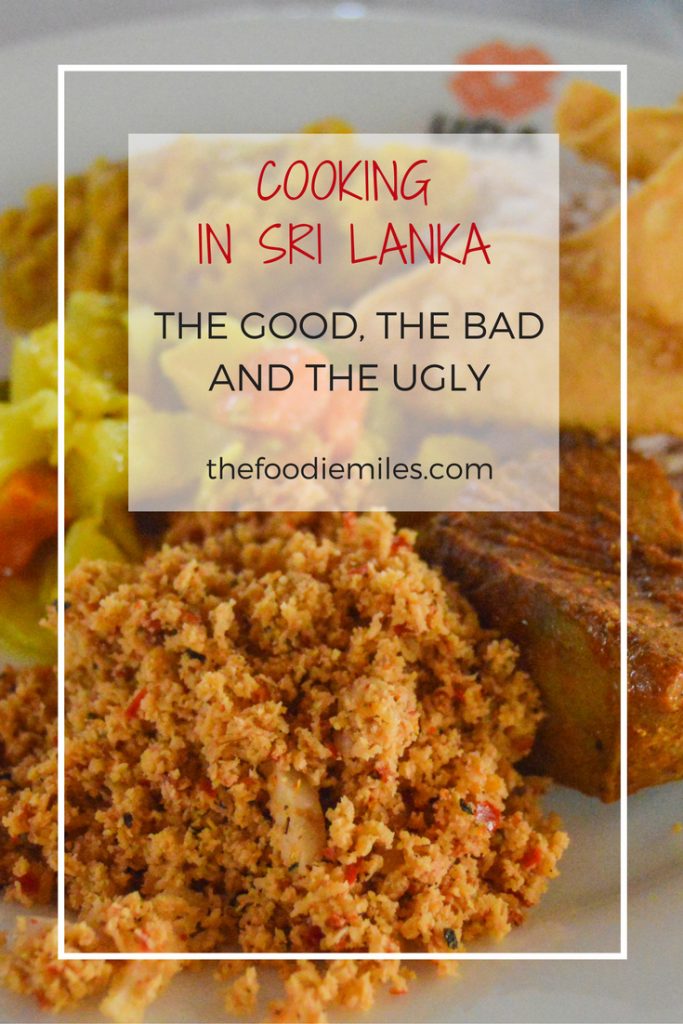 Sri Lanka story of my life
Leave a comment
1494

Side notes
The First Three Months
Side notes
The Time I Was Pregnant, Had a Baby, and Didn’t Tell Anyone
Destinations, Sri Lanka
The 23 Best Restaurants in Colombo