One Winter Day in Quebec City

Having lived in Russia for most of my life, I never considered winter vacation a great idea. Actually, it wasn’t even an idea. I had enough snow in my everyday life, so travelling thousands of kilometers to see some more snow never even occurred to me. 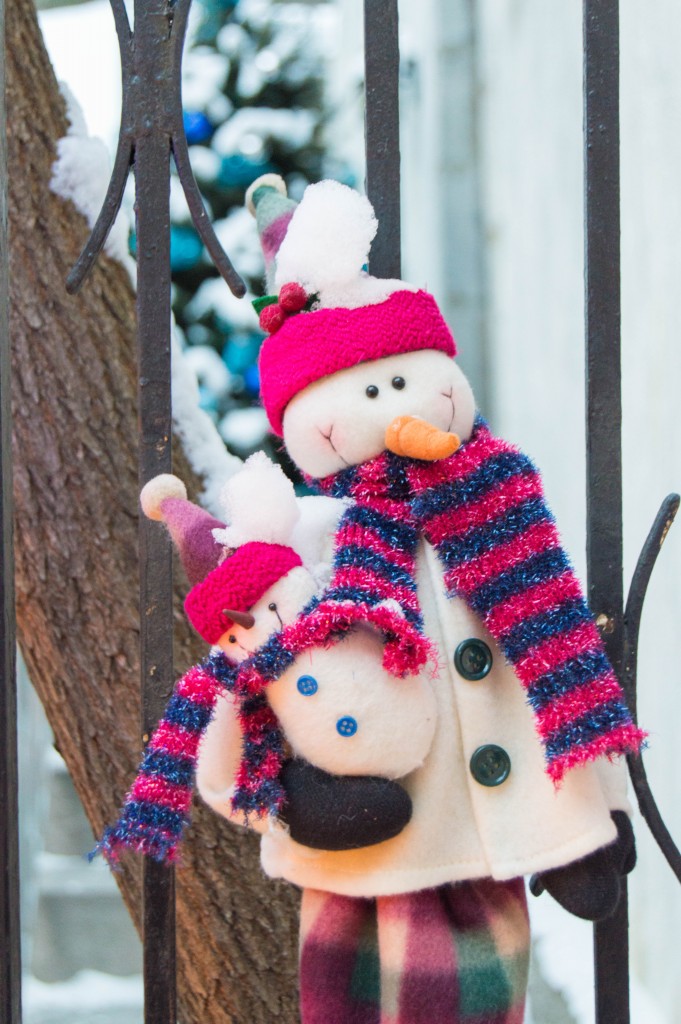 This year, though, something has changed. Maybe it is the fact that I didn’t live in Russia for the last 5 years and the memory of real winter started to fade from my mind slowly. Or the fact that New Hampshire, where I live now, is mere 5 hours’ drive from Quebec, one of the best winter destinations imaginable, what with the ice hotel, Quebec winter carnival, and maple taffy on snow!

In any case, my desire of experiencing a winter fairytale outweighed the fear of freezing my butt. And off we went to Quebec City, where according to Google temperature went down to -19°C on the day we arrived.

Our trip happened in January, just after New Year celebrations. I wish we went in December as Christmas in Quebec City is gorgeous! But the silver lining was lack of crowds in the Old Town. 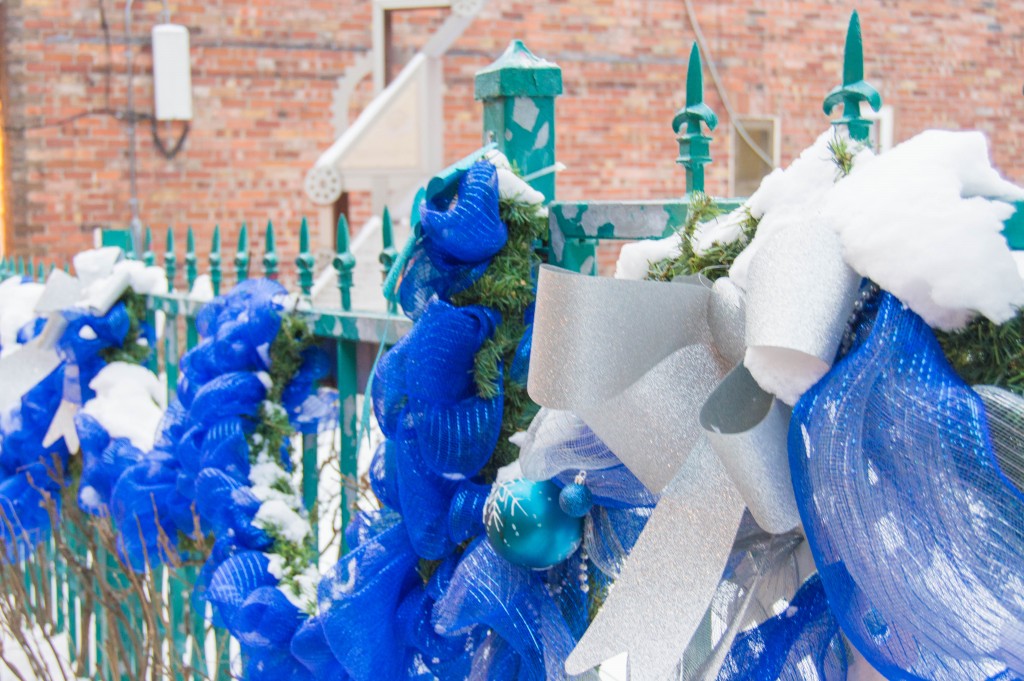 I have forgotten what it feels like to spend a good half-hour dressing up just to go grocery shopping, or to walk slowly like an elephant because of 5 layers of clothes.

Don’t forget that Quebec City has a lot of hills and staircases so walking around the town in all that armor is like a good workout. 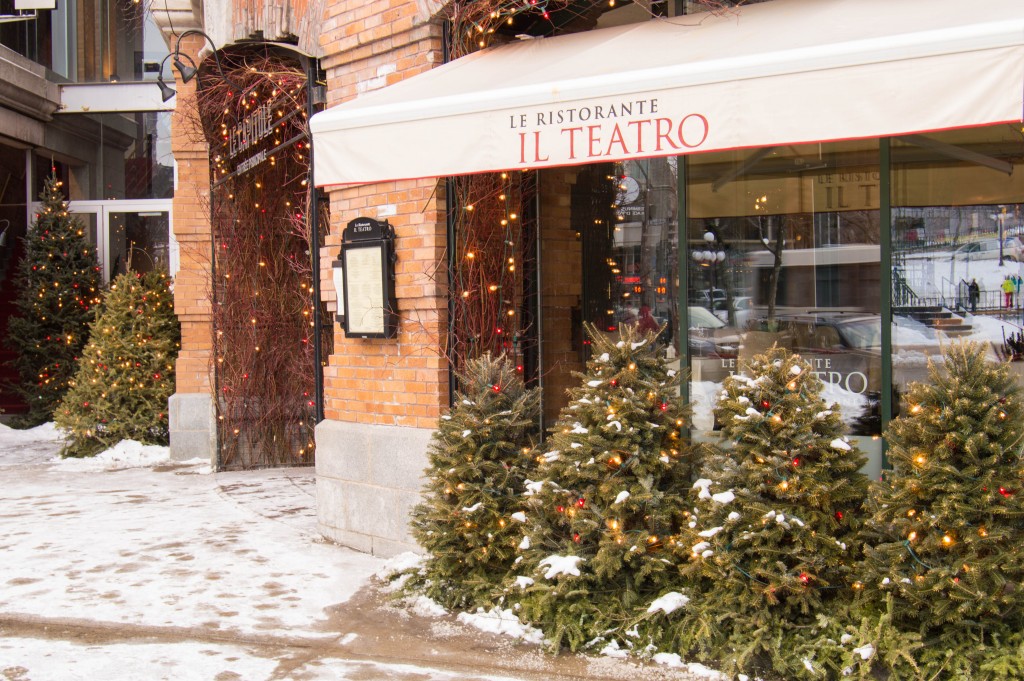 And if you do, there is always good old Québécois food that will warm you up in no time. It is the ultimate winter comfort food consisting mainly of potatoes, fatty meat and cheese. A cold winter day usually starts with a satisfying Québécois breakfast and a morning coffee in a place like Buffet de L’Antiquaire. 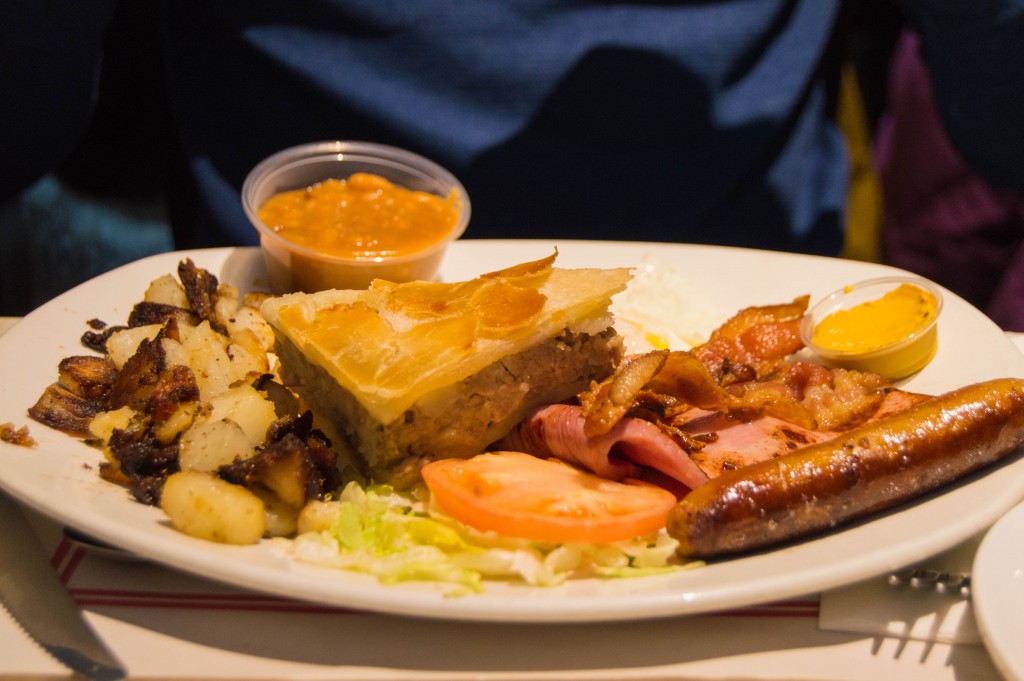 Didn’t I mention potatoes and meat? In this regard French-Canadian cuisine reminds me of traditional Russian dishes. But these fried potatoes, in particular, remind me of the way my mom fries potatoes at home: same slightly burned crust on top. Add to this greasy goodness a meat pie, a sausage, some bacon, and ham. Now we are ready to explore the city. 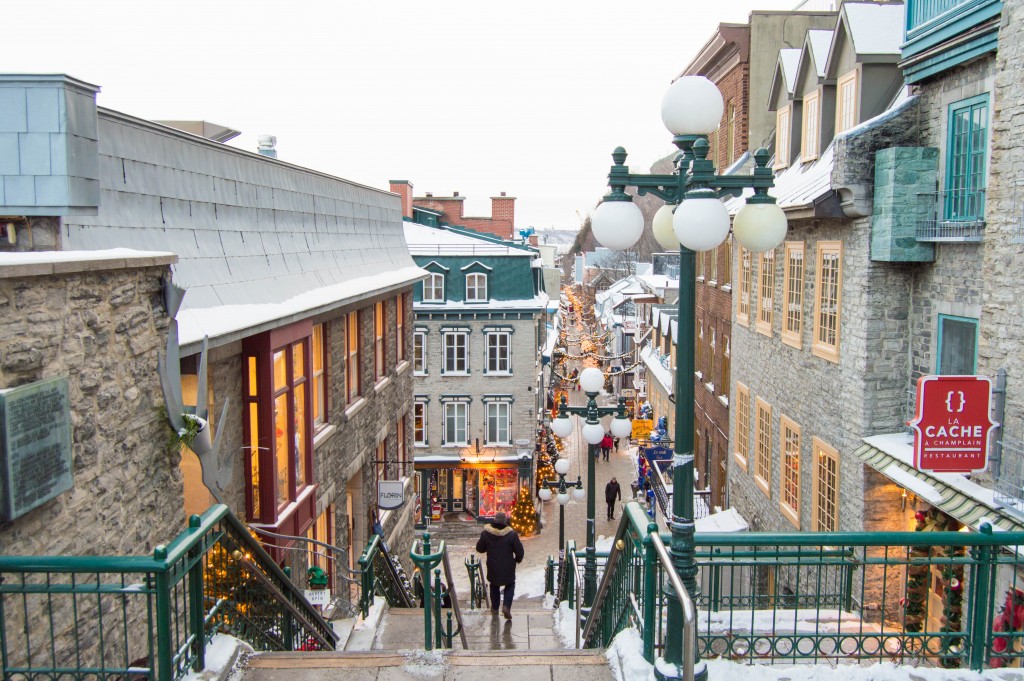 The top of this staircase in Old town is one of the most Instagrammable spots in Quebec! 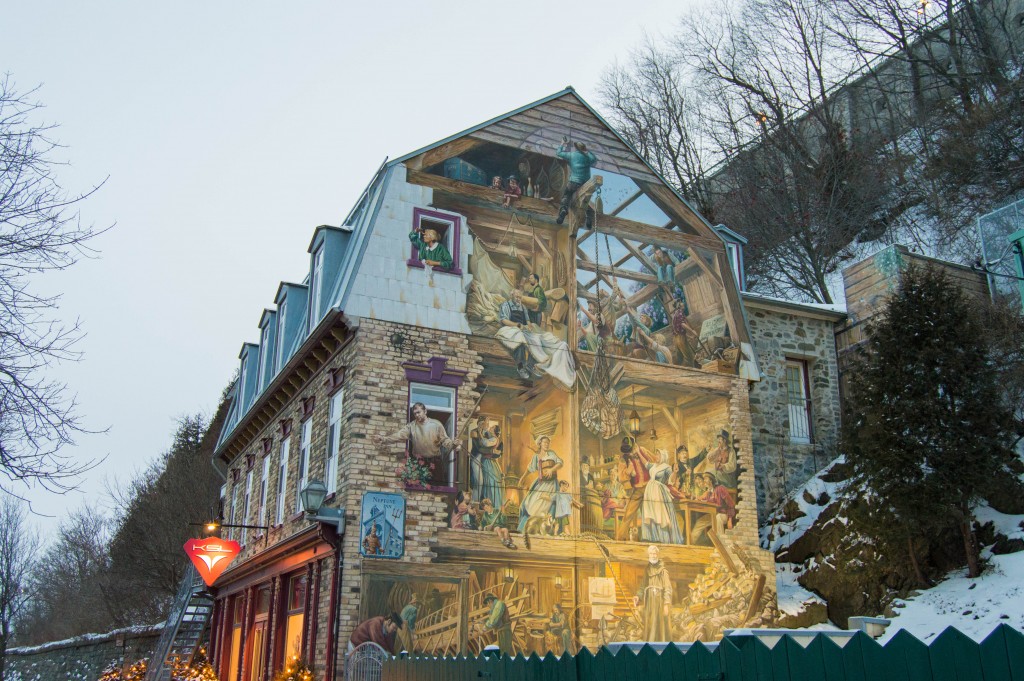 For some mystical reason in the end of January Old Quebec is still decorated for Christmas. And apparently, so it is in the beginning of November. So whether you come to Quebec in early fall or late winter, Christmas mood is already/still on! 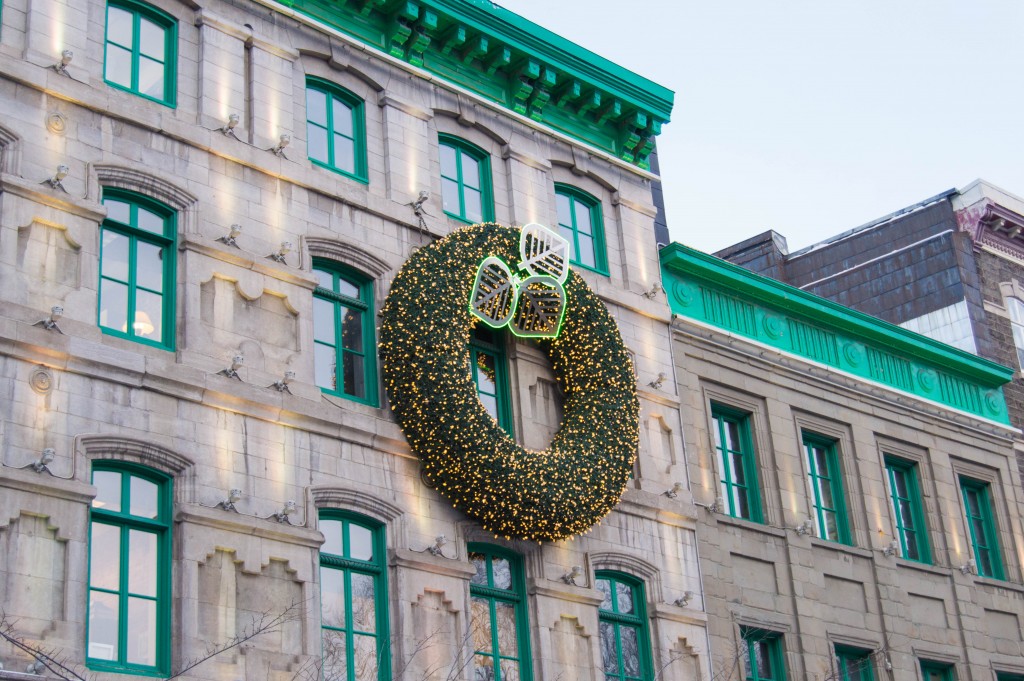 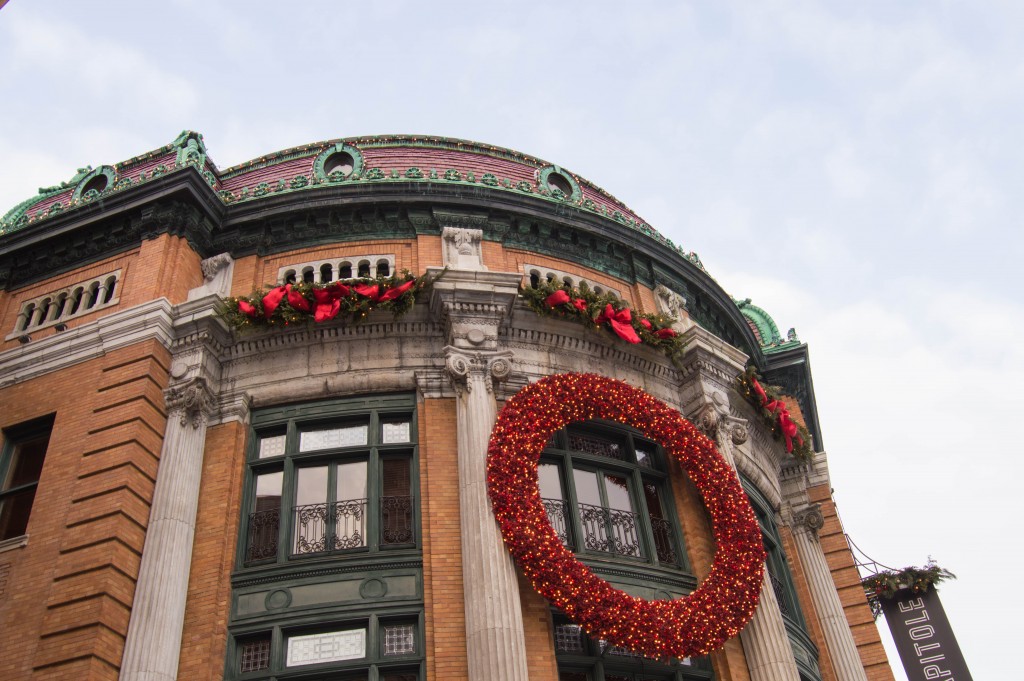 But since tourist season is over the narrow streets of old town are all mine. 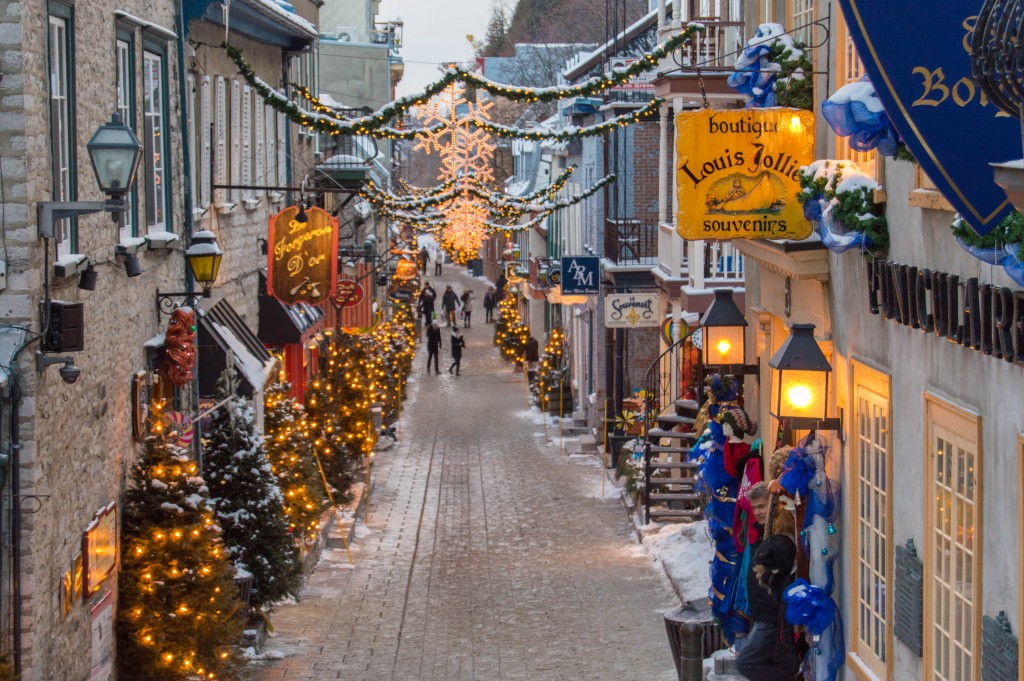 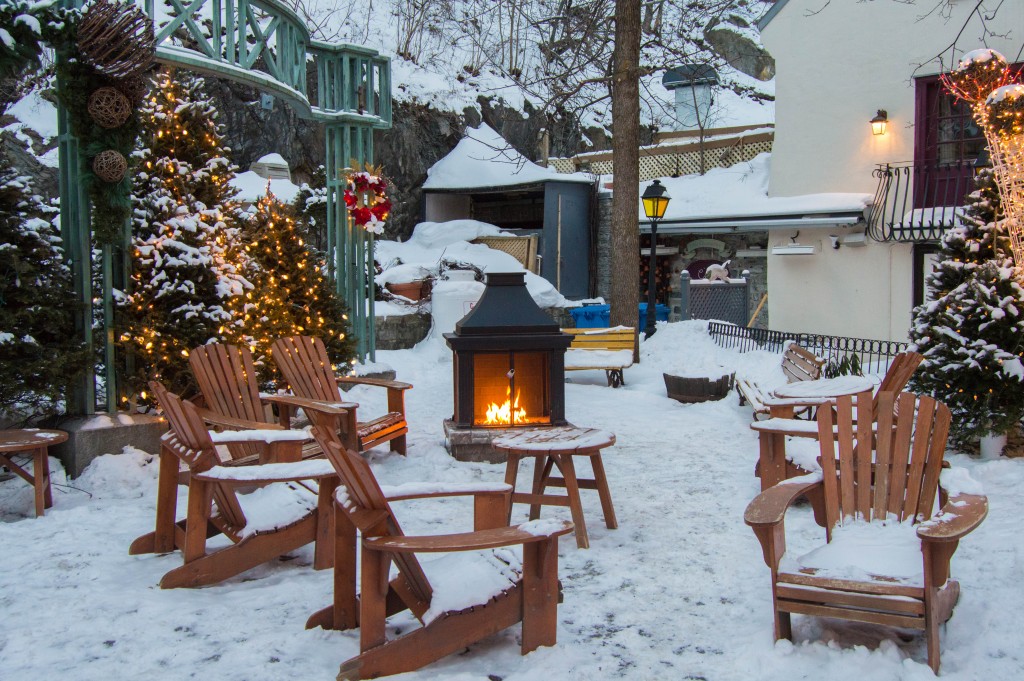 We walk up the hill to Fairmont Le Château Frontenac – a grand hotel in Old Quebec. A strong wind blowing into my face makes the walk up similar to climbing Mount Everest. I can lean forward at 45° like Michael Jackson in his music videos and not fall. 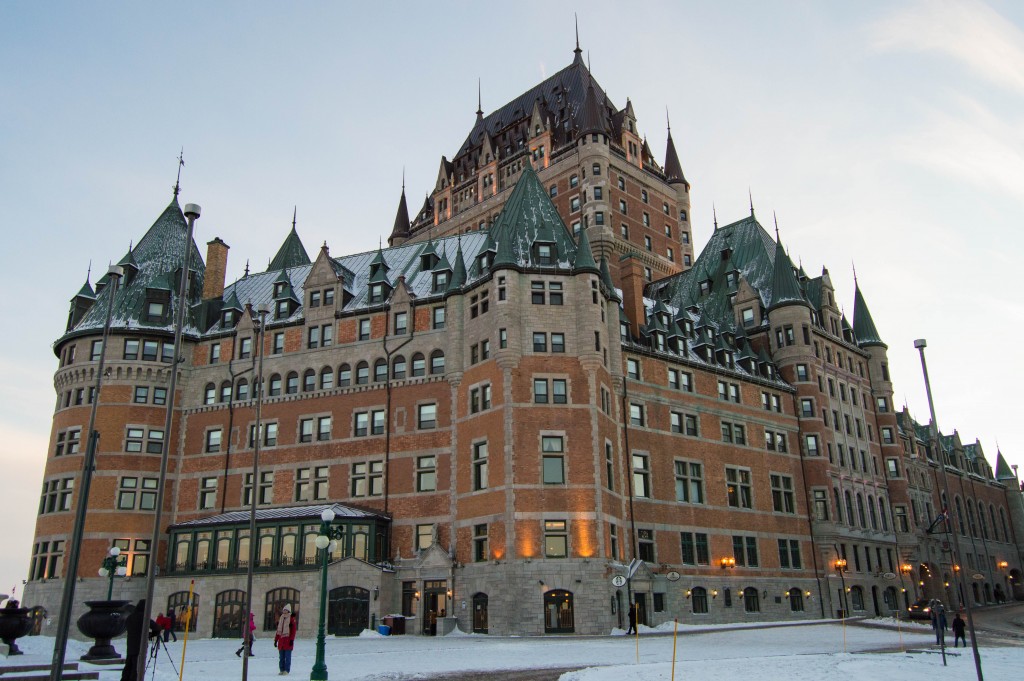 On the way down the wind is blowing into my back, making descending the hill very fast and furious: with every blow I start running down involuntarily. Time for a warm up coffee! 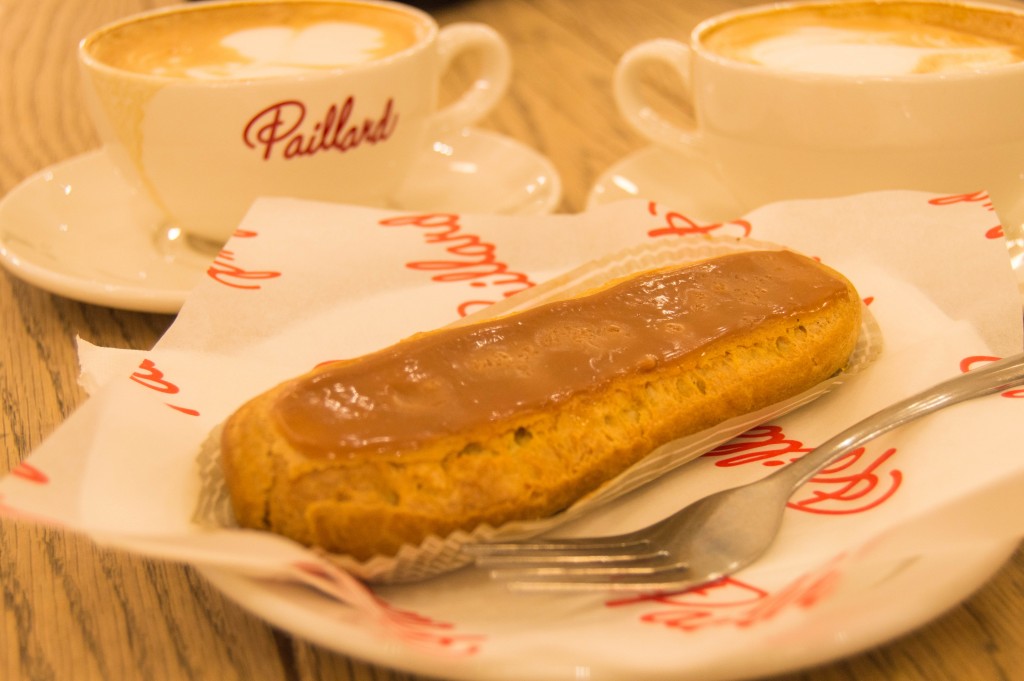 We stopped by a local bakery Paillard where according to reviews I was supposed to find a crobeign – a cross between croissant and beignet inspired by New York cronut. But either my French pronunciation is that bad or they stopped making it but the shop assistant had a very confused look while I was trying to say “crobeign” in all possible ways and accents. So éclair it is. 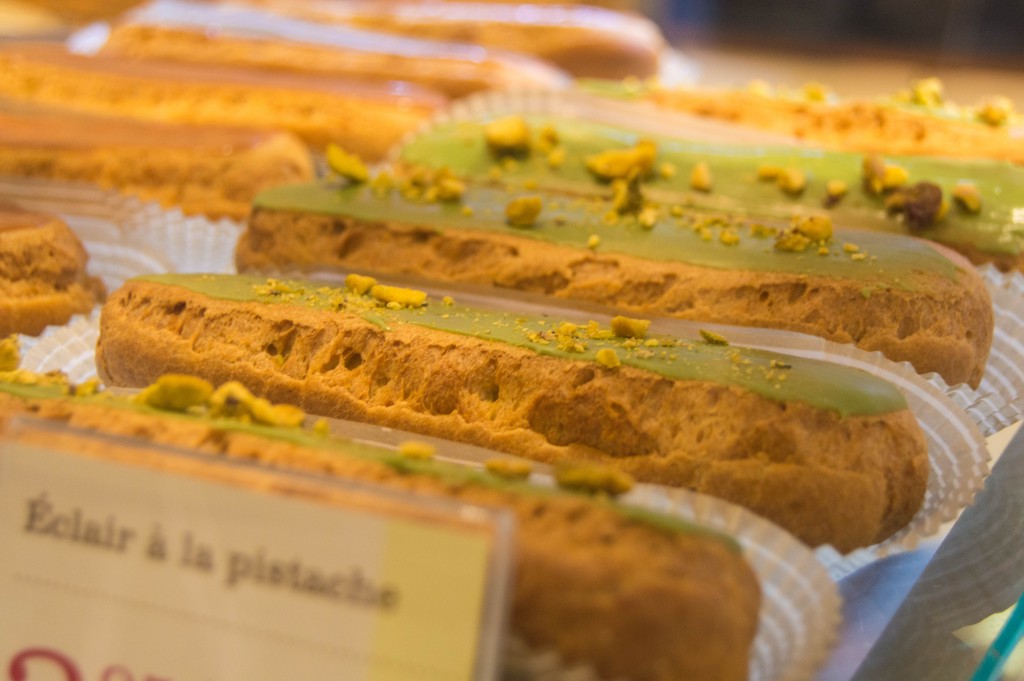 After a quick coffee-fix we walk around the town a little more before heading to Le Chick Shack for lunch. 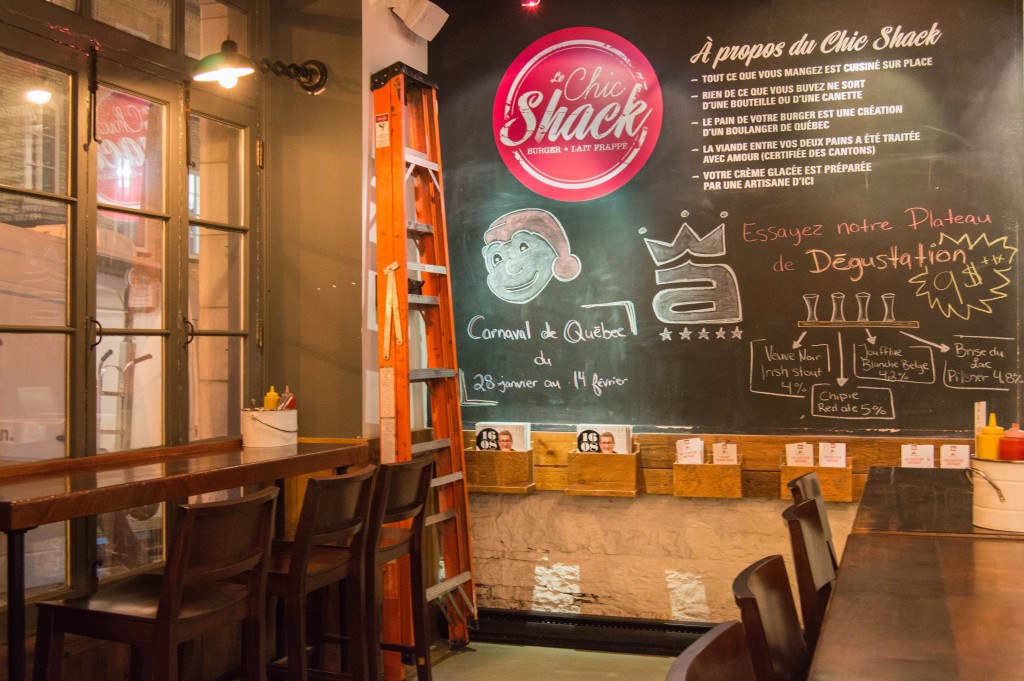 A must-try here is poutine which is a traditional Québécois dish made of deep-fried potatoes served with cheese curds and beef gravy. In this small joint, though, you won’t find a traditional poutine, but a modern twist on well-known classic instead. 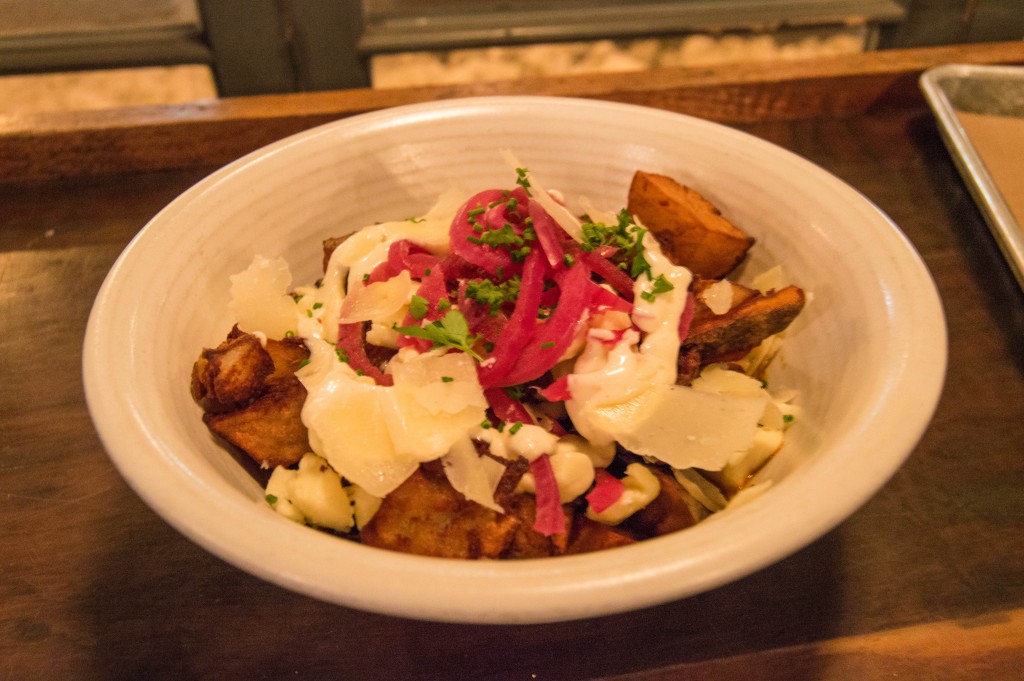 In Le Chic Shack potatoes are boiled before being cut and deep fried. Beef braised in red ale goes on the bottom of the bowl, followed by potatoes, cheese curds, parmesan shavings and pickled onions. 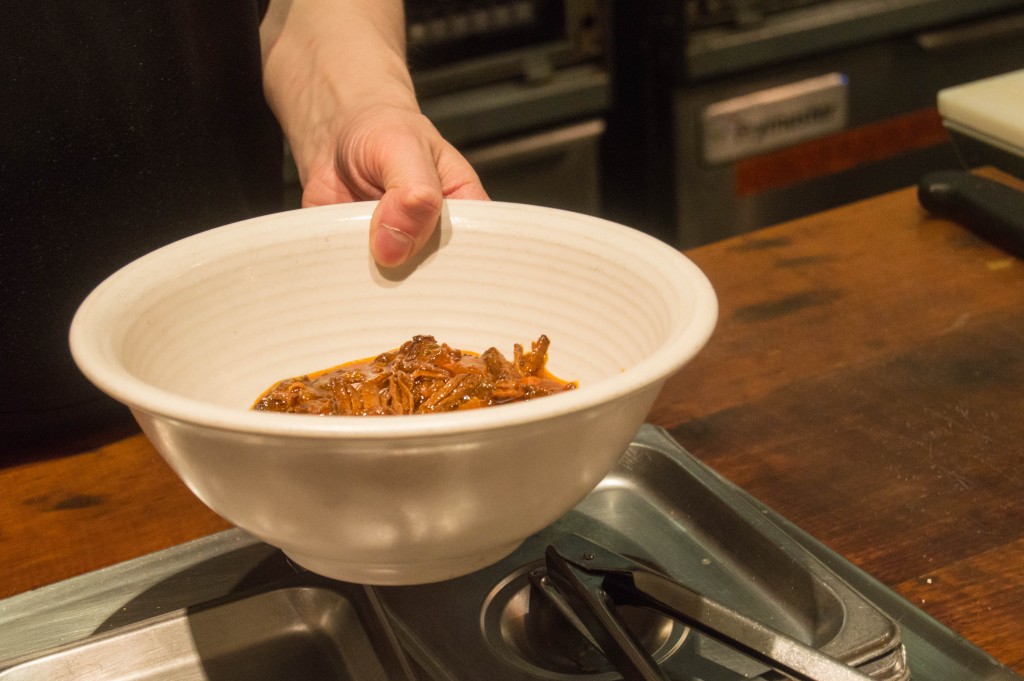 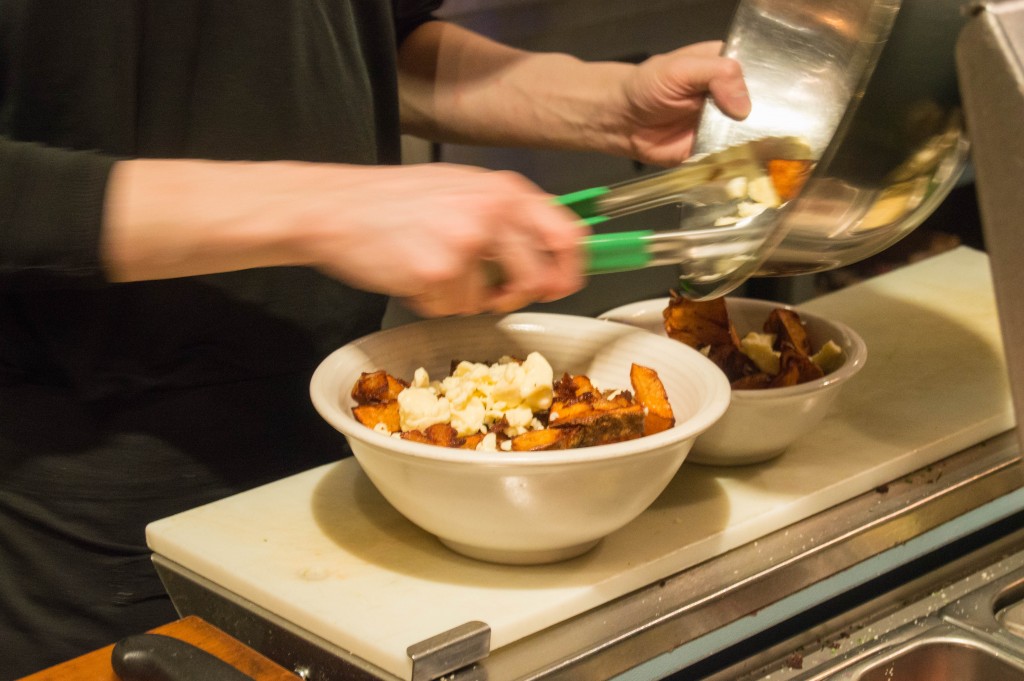 After watching the cooking process I swore that I will only eat half and then stop. Didn’t happen – finished the whole thing. It is amazingly delicious but, as is the case with most of Québécois dishes, very heavy. 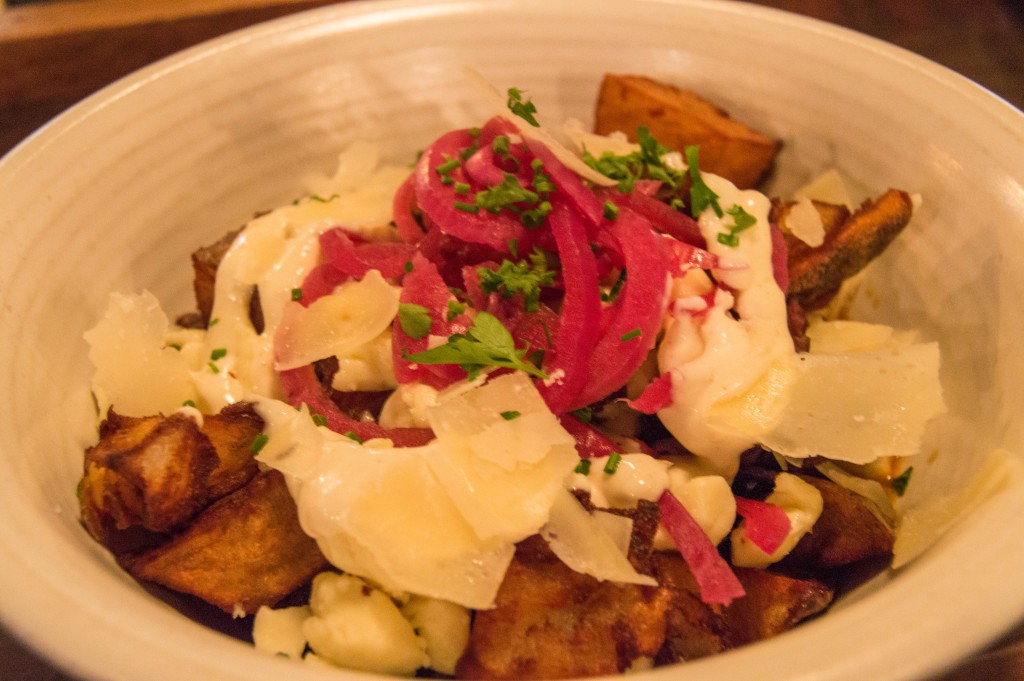 To burn off at least some of the calories we head down to Place D’Youville skating rink. It gets dark at 4.30 pm making skating under the stars a perfect date night. 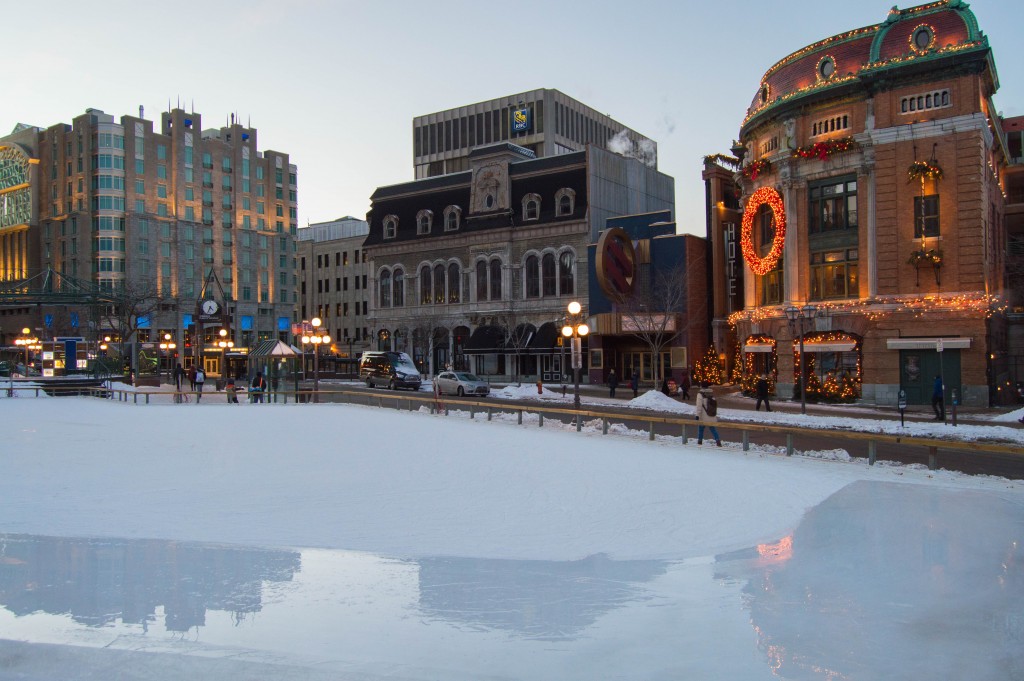 And this is day 1 of 5 days spent in Quebec City. The goal of the trip was to try all things Québécois and I am happy to say: I did not achieve the goal! Because if I did, I would not fit into the car to go back home and would have to buy 2 air tickets. Although, I did come to the level of “I have to unbutton my jeans” and “I can’t breathe anymore” in my gastronomical adventures.

Much more to come… stay tuned!