Ice Cream, Ocean and Memories in the City of Myrtle Beach

This New Year for me was a new start and a throw back in time simultaneously. I greeted 2016 in the city of Myrtle Beach, South Carolina. Many of you might know it as a popular vacation destination on Atlantic coast. For me, however, this town was the first glimpse of America. I was 19 years old and it was my first ever trip abroad. I was silly and adventurous, not a very good combination for a young girl travelling alone half-way around the world.

To be fair, I was not completely alone, there were many other Russian students who enrolled in Work and Travel program and came to USA in order to work during summer months. By the end of summer you are supposed to save up enough money to travel around the country in the last couple of weeks.

So here I am – the first time on the plane, the first time having a conversation in English with a native speaker, the first time relying on myself only. I can clearly remember how scared I was to miss a plane during a connection in London. How I repeated a phrase “Excuse me, could you, please, tell me where to go?” about 10 times in my head before approaching an airport worker. The moment she replied I was the happiest person in whole London. Not because I knew where to go, but because she understood what I said. And I understood her. 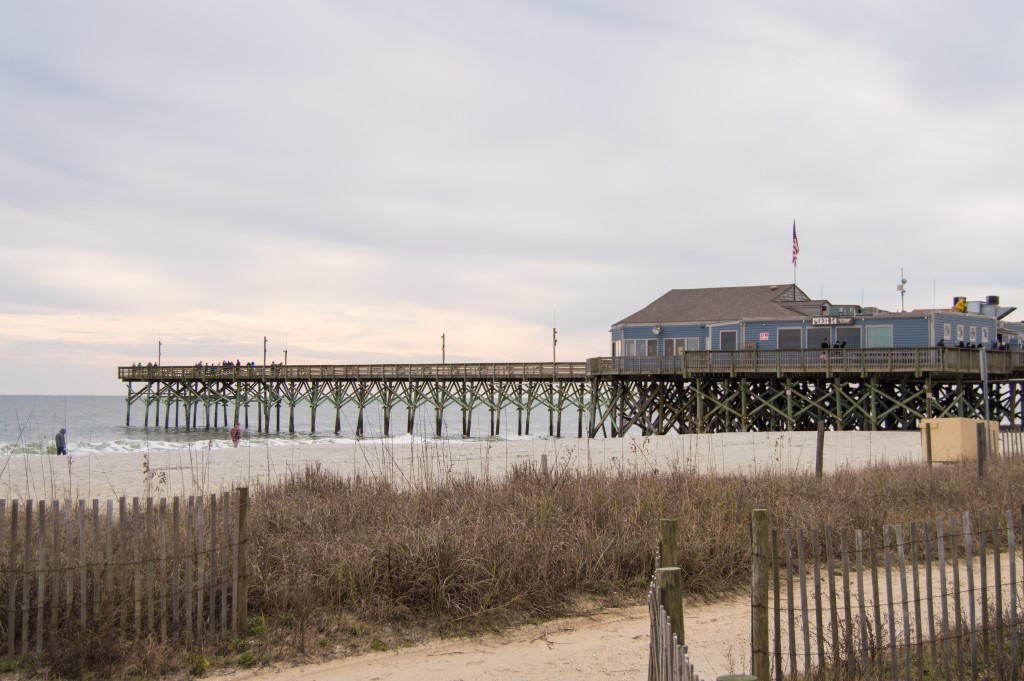 Next memory is of me and my new friends on the first day in Myrtle Beach. We rented an empty apartment. There was only one mattress and 10 of us. That night we put it in the middle of the room and made ourselves comfortable around this improvised bed with just our heads on the mattress while the rest of the body was on the floor. But it didn’t matter. We drank cheap wine, we laughed, we were finally in America. 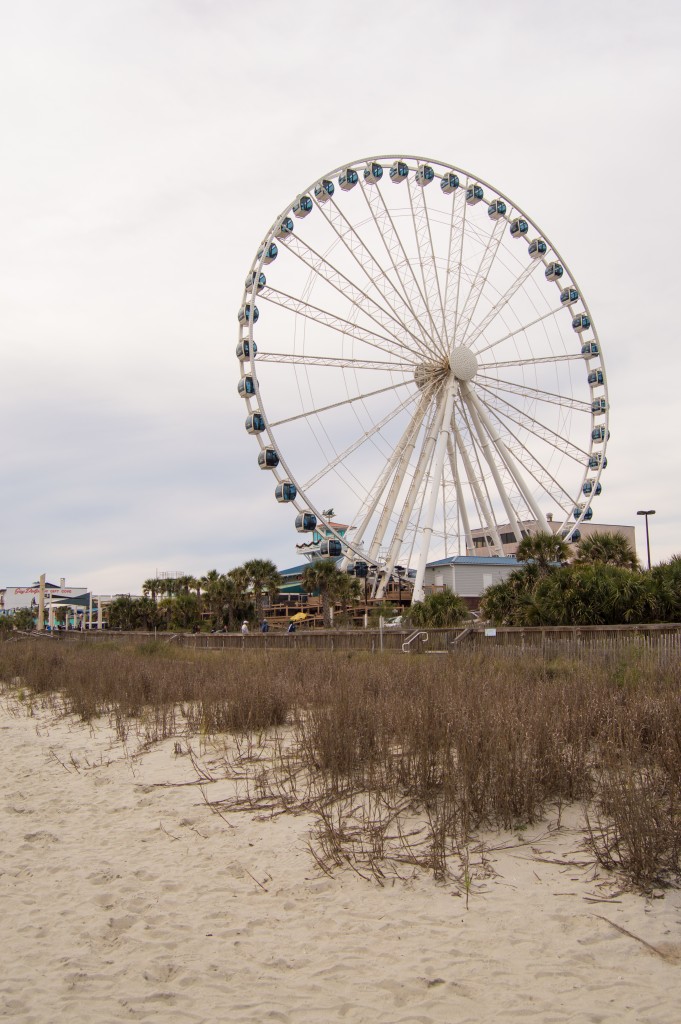 The very next morning I was told that the restaurant, where I was supposed to work, is not hiring. So every single day I spent walking down the streets of Myrtle Beach under burning sun and peeking into every shop and café asking for openings. Two weeks later I had $20 left of the money my parents gave me before the trip and still no job in sight. One day after my usual 15 km sprint in search of a job I saw a nail spa. You are probably expecting that I finally got a job there? No, I just decided I am tired and I want manicure. So I spent 15 of the 20 dollars to do my nails. Next to the nail spa, though, was an ice cream shop. I went inside with only $5 left in my pocket and no hope. I came out with a job. Maybe, it was my manicure that impressed the owner, you never know.

Working in an ice cream shop means you can eat all the ice cream you want for free. And boy, did I eat that ice cream! It was my breakfast, lunch and dinner. You might think that after eating that much ice cream for a week or two, I would get sick of it. You would be wrong: I continued to happily gorge on it for 2 months. The consequences were very visible. When I came back home my mom used an expression “rolled out of the train”. 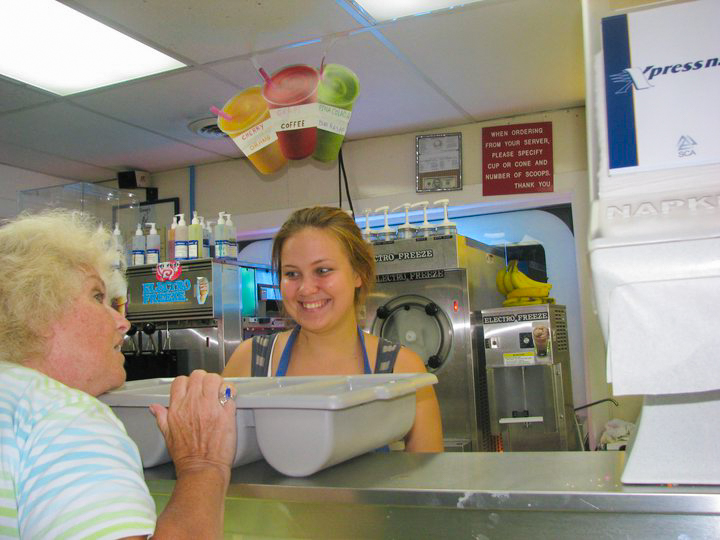 Looking at these pictures now I feel like most of ice cream went into my cheeks. To my own opinion, I resemble a happy hamster. Also, I was probably a very good worker if neither the amount of ice cream I ate, nor the length of my shorts made the owner fire me. 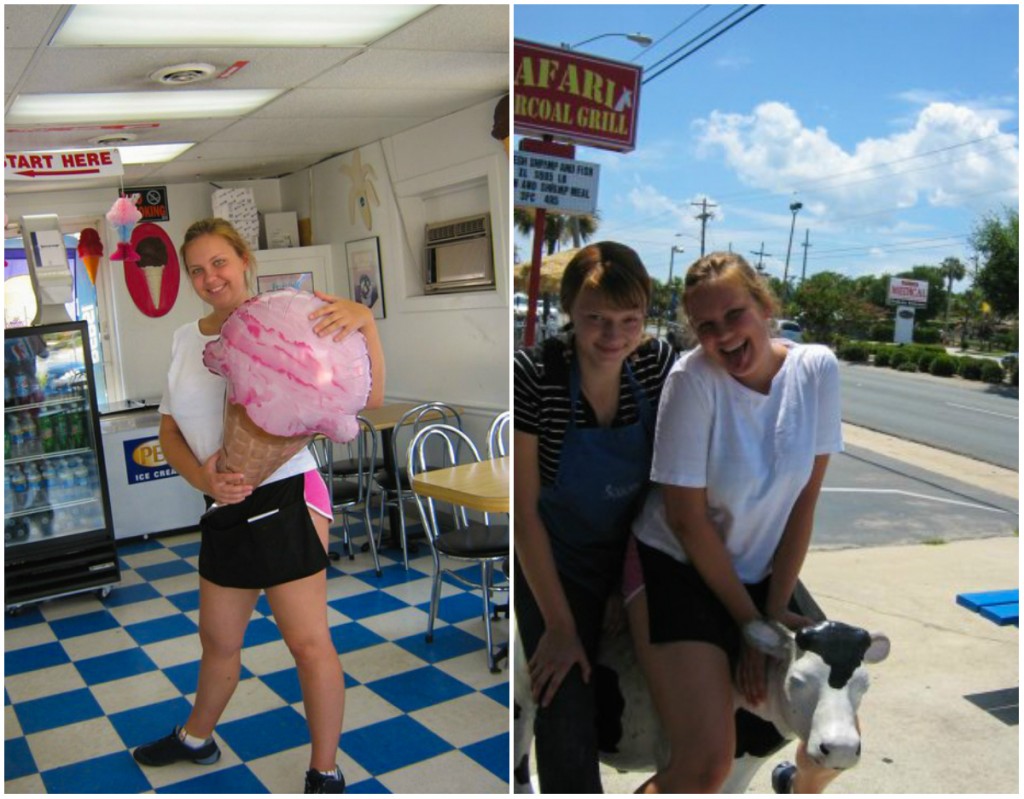 With my co-worker Yulia

Same place, 8 years later. The little ice cream shop doesn’t exist anymore. There’s a beachwear house on its place. It’s surreal to come here after such a long time. I cannot recognize the nearby shops – everything has changed so drastically. 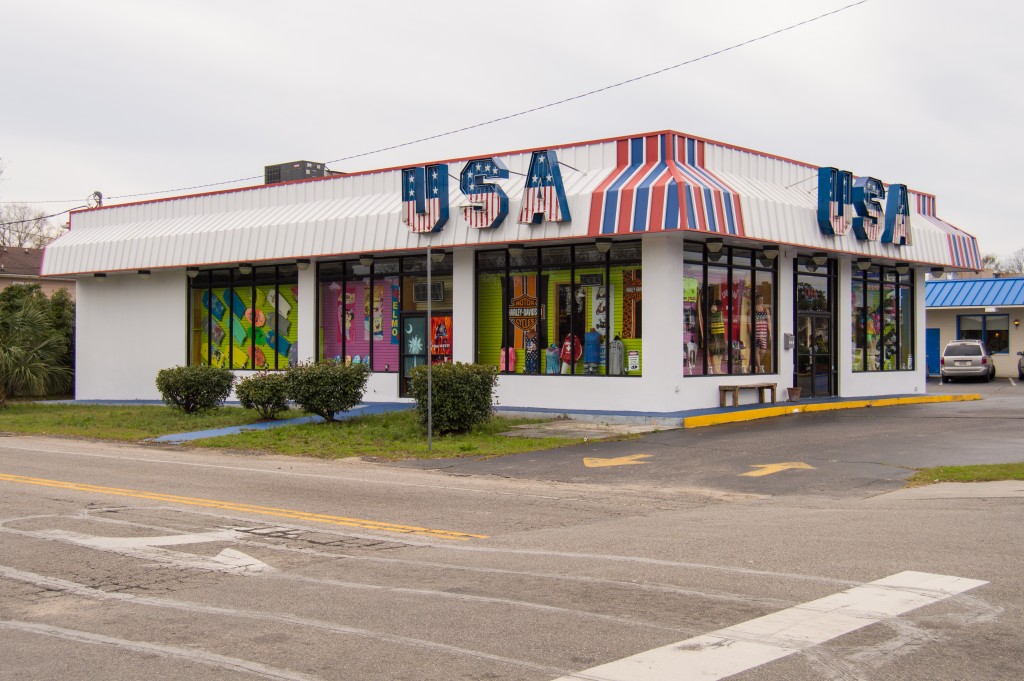 I realize that I don’t know the city that well when we drive around. Working 14 hour shifts didn’t leave much free time for exploring. I didn’t notice then how touristy the town is with its adventure golf courses, full-size sharks sticking out of billboards and enormous King Kong on top of Wax Museum. 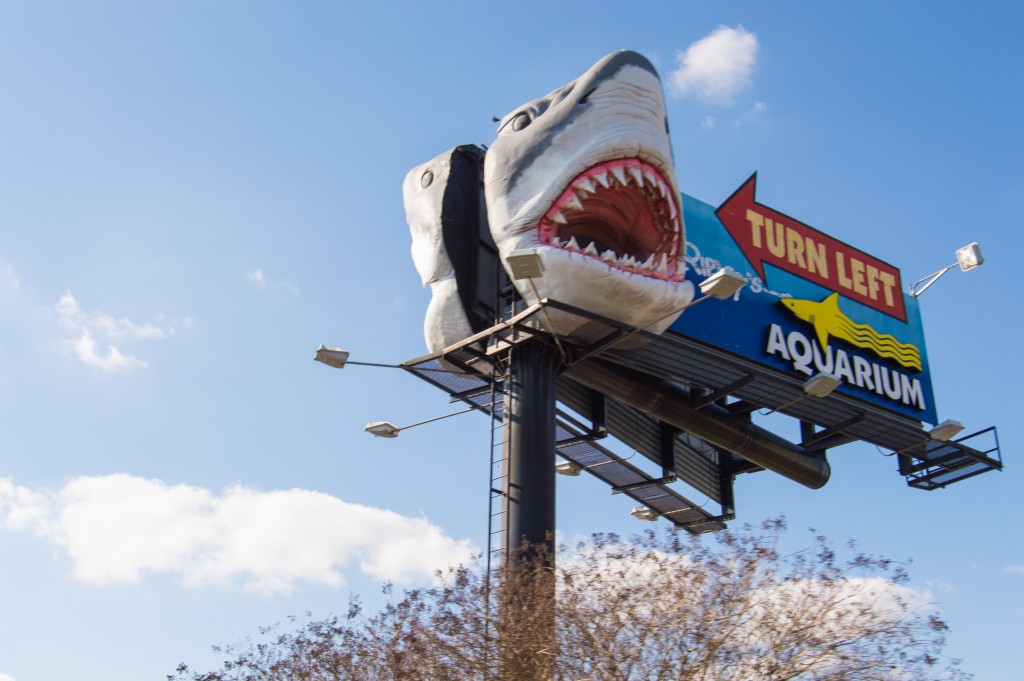 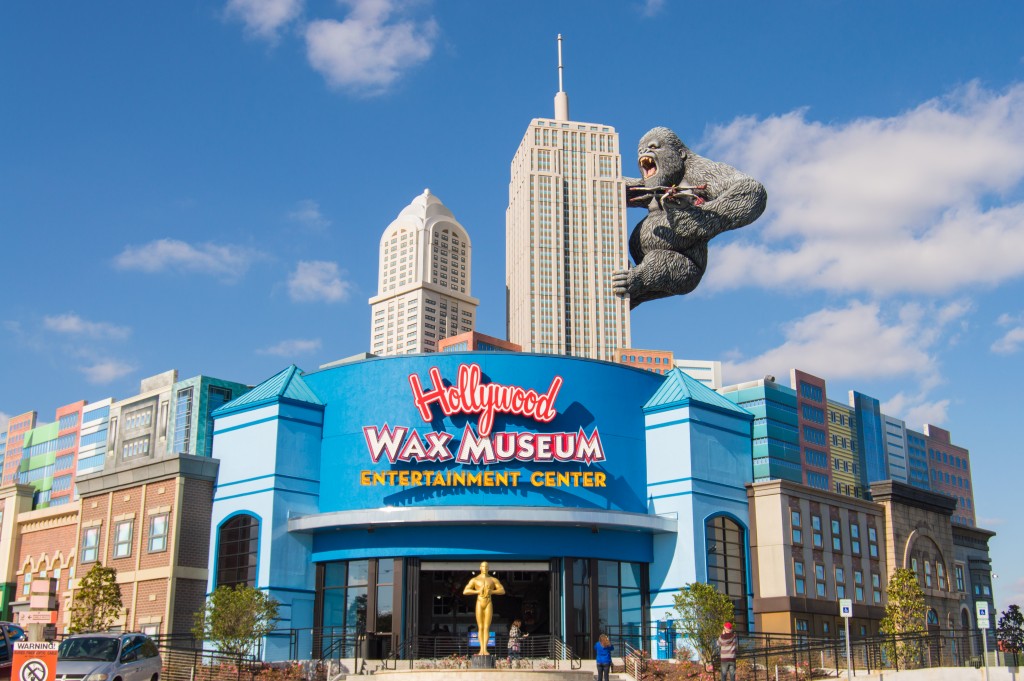 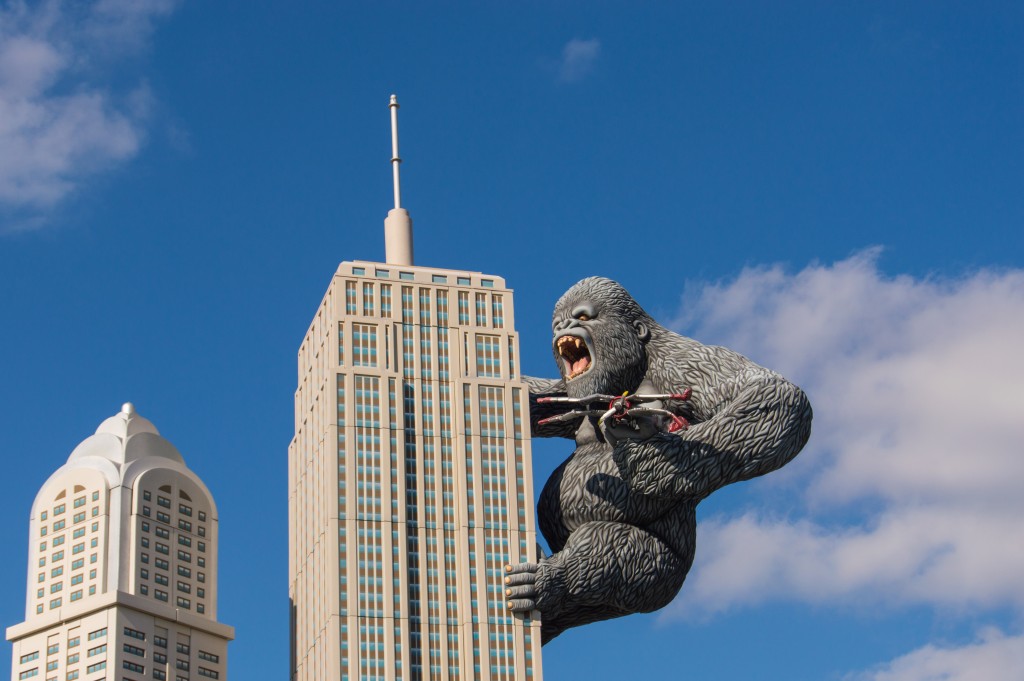 Ocean is the only thing that hasn’t changed a bit. It is as beautiful and calming as ever. 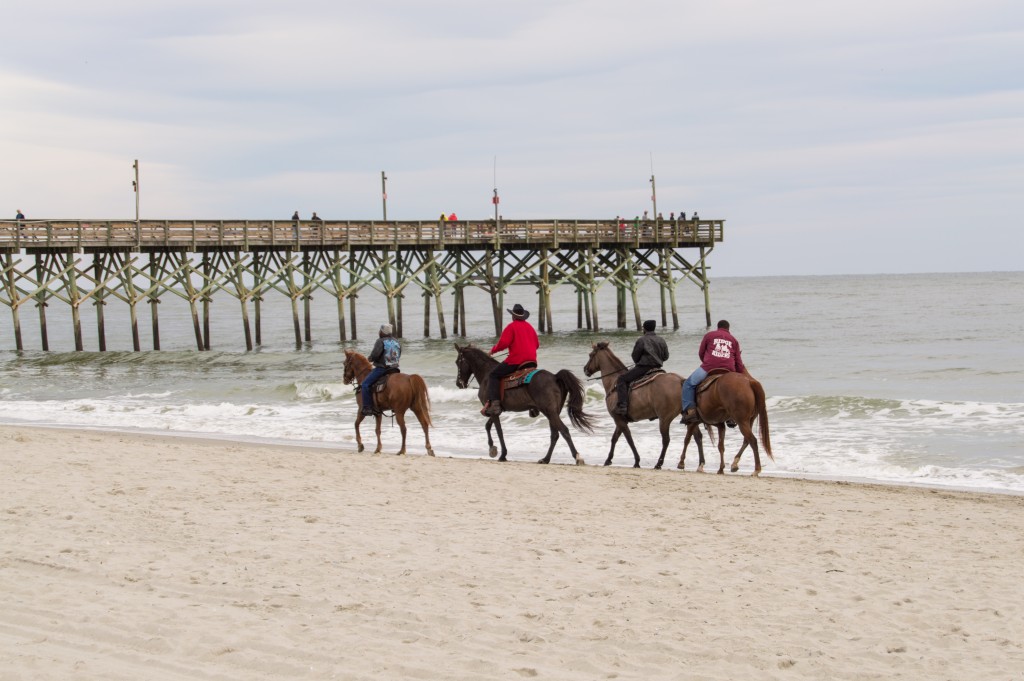 I remember leaving Myrtle Beach with high hopes to come back the next summer. But it was not meant to happen. If you didn’t figure it out by reading my blog yet – I believe in fate. If somebody told me then, when I was leaving USA, that the next time I will come here in 8 years, I would probably burst out crying and refuse to board the plane.

Coming here again is an interesting experience. I was anxious and restless before the trip. But when in town I couldn’t make myself feel nostalgic. It’s not the Myrtle Beach that gave me the first taste of freedom, not the Myrtle Beach that was witness to my drunken adventures. Now it’s the town where my best friend lives and the town where I greeted 2016. Although the day was gloomy, this was a perfect view to wake up to on the 1st of January. 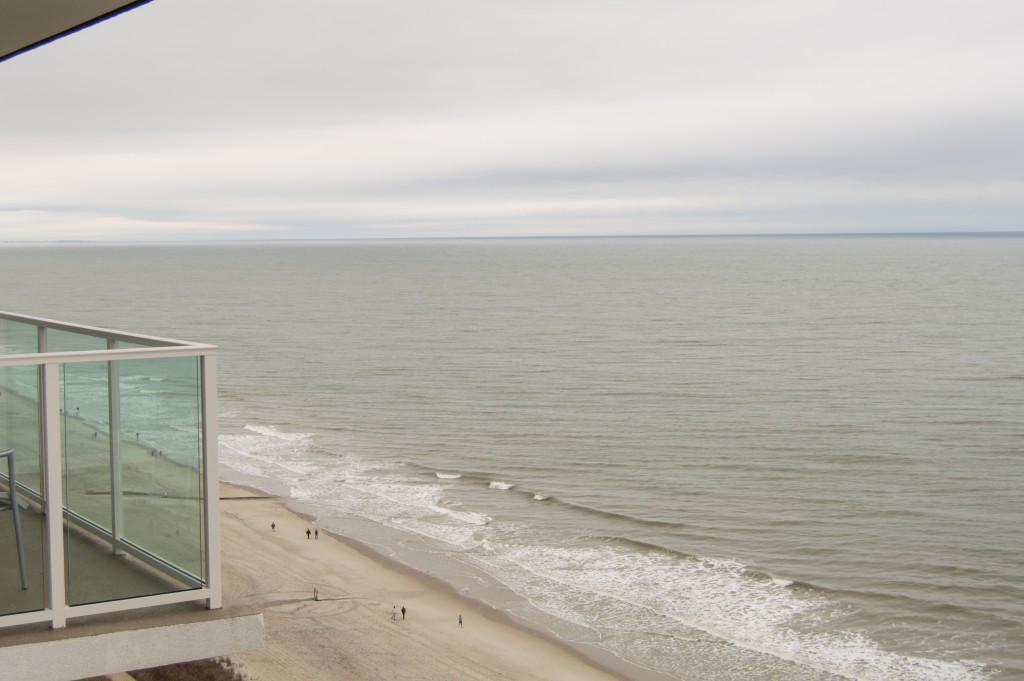 Side notes
The Time I Was Pregnant, Had a Baby, and Didn’t Tell Anyone
Destinations, Russia, Side notes
On Realities of Being a Bilingual Writer (or Trying to Be One)
Side notes
3 Years of Food and Travel Blogging