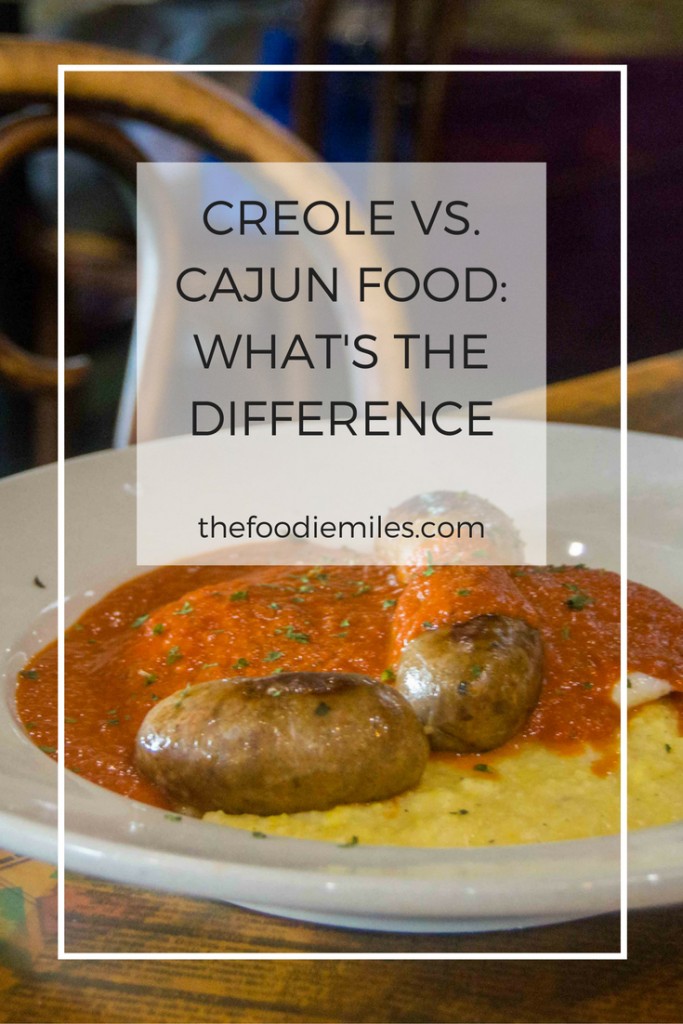 Is it normal to be excited about food in upcoming trip more than about anything else? In case with New Orleans I am not ashamed to say “yes” because this city is synonymous with delicious food. If you do a research on restaurants to visit in The Big Easy you will inevitably come across two words that refer to both people and cuisine: Creole and Cajun.

To understand how the two cuisines came to be, what are the similarities and differences, we have to dig a little into history. 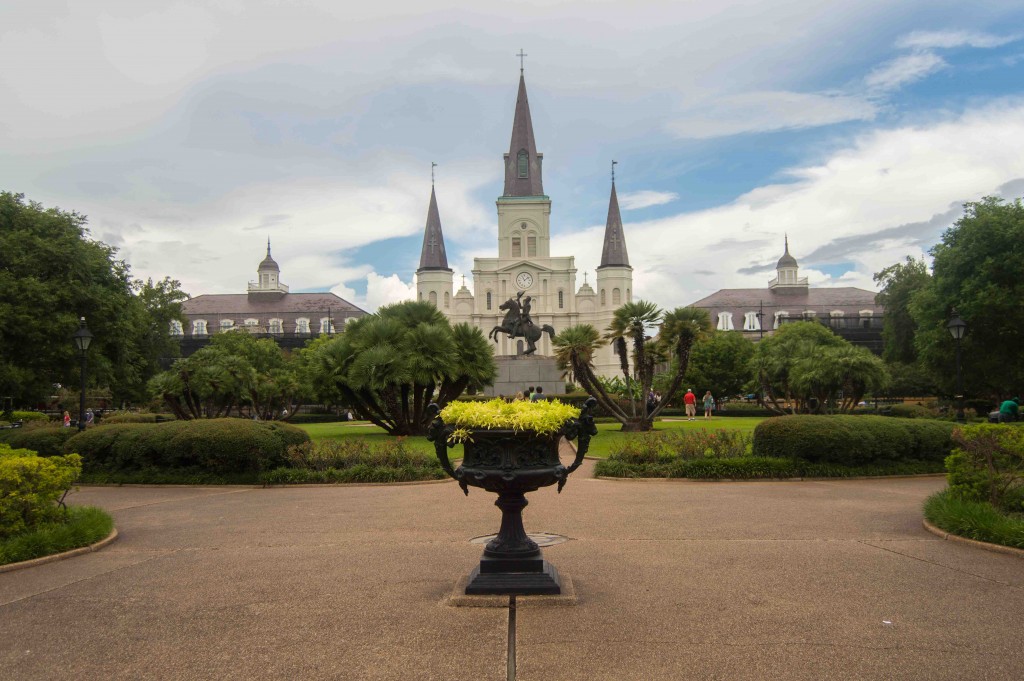 Jackson Square in the French Quarter of New Orleans

Before it became part of USA, Louisiana (and its largest city New Orleans), used to be first French and then Spanish colony. No wonder the city has major European influence clearly seen everywhere from architecture to music to food. New Orleans was founded in 1718 when first settlers came from France bringing their chefs, culinary experience and cooking techniques with them.

That’s when Louisiana Creoles come to our attention. When used to describe people, Creole can mean several very different things. It generally refers to first generation of people who were born in Louisiana to French or Spanish colonists. But it can also be applied to people born in interracial relationship between colonists and free people of color. Lastly, it can refer to first generation of people born to African slaves brought to New Orleans from Africa. 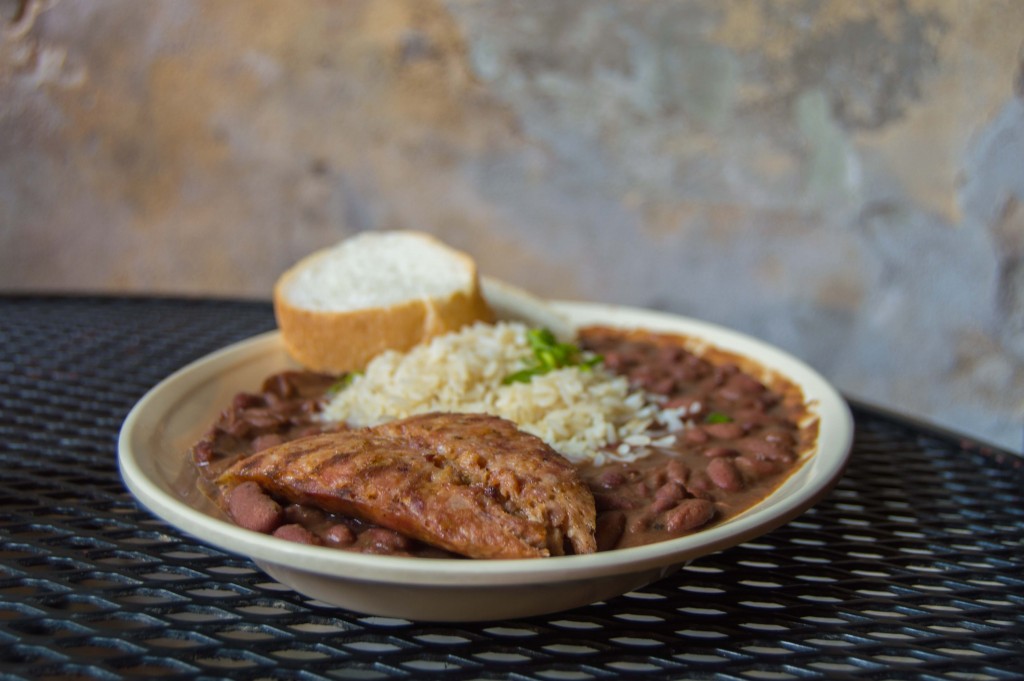 Creole food is a melting pot of varying culinary traditions. Many ingredients that were easily available in France were hard to come by in Louisiana, so settlers made do with what they had. They combined local produce of native tribes with European cooking techniques. The result was a completely new cuisine neither Native American, nor European. Add to that the influence of Spanish settlers who came in 1763 when French colony was ceded to the Spanish Empire. Don’t forget about African heritage of enslaved people working in the houses of wealthy European colonists. Influence of German and Italian immigrants cannot be overlooked either. Mix and shake and you will get what is now called Creole cuisine.

Creole food is very refined with delicate flavor combinations and sophistication in the heart of it. It was prepared in aristocratic houses, served on fine china and eaten with silverware. Colonists had money and time on their hands, which meant Creole cuisine had a lot of variety. Dishes were complicated, consisted of many ingredients, some of which were exotic. Where did all those ingredients come from? New Orleans was a major port which was very important to development of Creole cuisine.

In one word Creole food can be described as city food. On the other hand, Cajun food is country food, simple and unrefined. In Cajun vs. Creole Cuisine Beth D’Addono quotes Tommy DiGiovanni, executive chef at Arnaud’s Restaurant:

“Cajun cuisine is rustic French country cooking, while Creole food boasts an air of sophistication, ever evolving and heavily influenced by European cultures.”

Cajun people are descendants of French Acadians. Acadia region in 18th century largely consisted of what is now Nova Scotia, Canada, and northern Maine, USA. French Acadians were expelled by the British in 1755 – 1764 for their catholic believes and refusal to sign an unconditional oath of allegiance to Britain. The expulsion became known as the Great Upheaval or the Great Deportation. Many Acadians moved to South Louisiana which was French colony at the time. Even when Louisiana became Spanish colony it still remained French-speaking.

“Cajun folks used one chicken to feed three families, Creoles used three chickens to feed one family… Our people held onto our culture. We had big families, hunted and fished, and didn’t use fancy ingredients or dairy in our food. To me, Cajun isn’t a bloodline, it’s a state of mind.”

Jay D. Ducote, the author of the food and beverage blog Bite and Booze, in his article Cajun vs Creole Food: What Is the Difference? mentions:

“With no access to modern-day luxuries like refrigerators, early Cajuns learned to make use of every part of a slaughtered animal. When a pig is butchered the event is called a “boucherie.” Boudin, a type of Cajun sausage which consists of pork meat, rice, and seasoning stuffed into a casing, also commonly contains pig liver for a little extra flavor.” 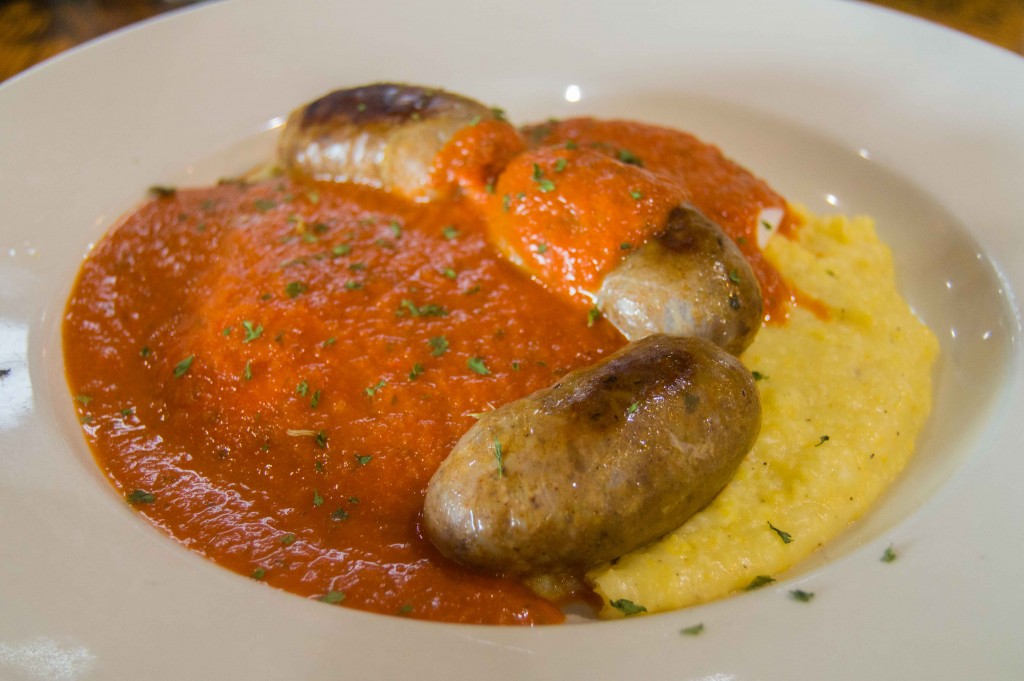 Cajuns didn’t have access to port, therefore imported ingredients were off limits. That’s why, for example, you won’t find tomatoes in Cajun dishes: tomatoes did not grow in Louisiana. But you will find a lot of it in Creole dishes: Spanish colonists living in New Orleans loved tomatoes and brought them from overseas.

In fact, this is another difference between Creole and Cajun food that is commonly mentioned: Creole uses tomatoes, Cajun pretty much never does.

How did Cajuns make up for lack of ingredients? With spices: salt, red pepper, black pepper, garlic.  South Louisiana had big underground salt dolomites, red pepper and garlic were grown in the backyards of Cajun homes. Black pepper was brought to the region by West Africans in 1800-s. Although spices are widely used in cooking, Cajun food is not as spicy as it is flavorful. 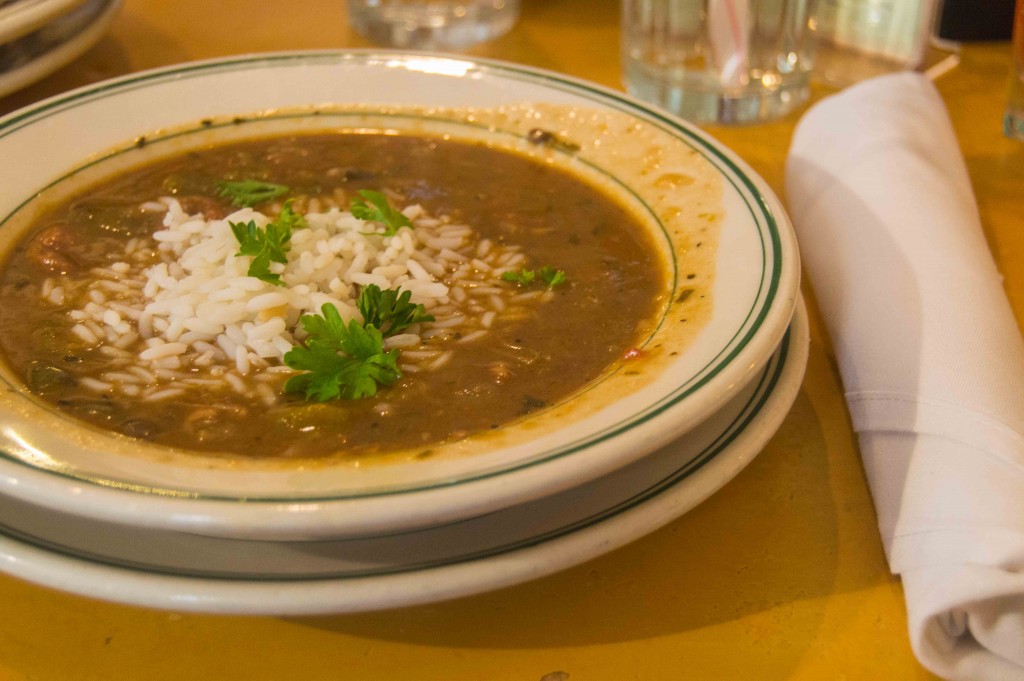 Chicken gumbo served at The Gumbo Shop in French Quarter

With two cuisines developing so close to each other, certainly, there’s overlapping. Some dishes, like gumbo (hearty soup with seafood or meat) or jambalaya (rice cooked with vegetables and meat), are staples in both cuisines.

Malcolm Herbert in the article Creole and Cajun Cooking of Louisiana writes about similarities between the two cuisines:

“Rice is a staple of both and Creole and Cajun chefs usually start dish by making a roux of oil and flour. In addition, there are many common ingredients such as crab, river shrimp, lake shrimp, oysters, crawfish, freshwater and saltwater fish, plus squirrels, wild turkeys, ducks, frogs, turtles, pork, homemade sausages, beans of all kinds, tomatoes, okra, yams, pecans, oranges and wines, liqueurs and brandy.”

Lately, with contemporary restaurants opening and young talented chefs trying their hand at mixing things up, it’s inevitable that Creole and Cajun cuisines are sometimes intertwined. But people of Louisiana are definitely good at keeping traditions alive and making sure the original recipes are passed down from generation to generation.

If you want to read more about Creole vs. Cajun food, check out The Gumbo Pages, a blog I found while reading up on the topic:

The Creole and Cajun Cooking of Louisiana by Malcolm Hébert

Tip: If you are in New Orleans, don’t miss out on Free Tours by Foot. I took a two-hour food tour around the city that was helpful in learning the origins of local cuisines. It is not a tasting tour, but the guide gives a lot of suggestion where to try authentic Creole and Cajun cuisine. Take this tour early on your trip so you can check out all the recommended places. If you have never tried walking tours before read this post to learn why you should!