Orange Marmalade That Is Not Easy but Incredibly Rewarding

I tried googling “orange marmalade recipe” a few days ago, and found quite a few links suggesting “easy orange marmalade” and even “marmalade is way easier than it looks”. And you know what I have to say to this? Nothing good in life comes easy and especially not orange marmalade!

You make it the easy way, you get a mediocre result at best – marmalade so bitter that you have to add immense amount of sugar in order to make it edible. Edible would be the highest praise it will ever get. 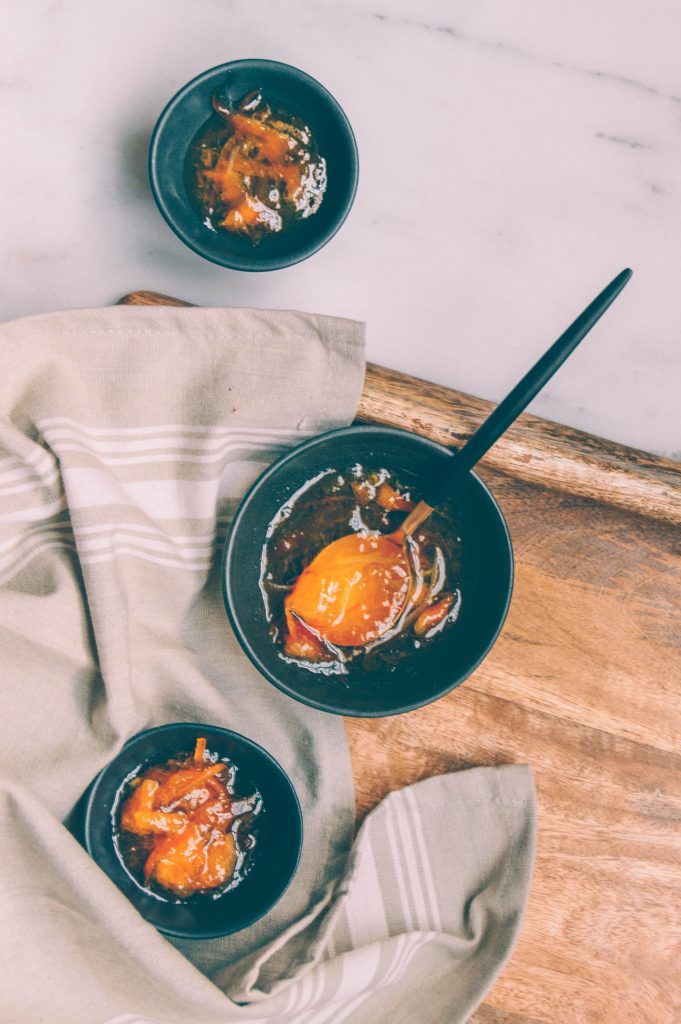 There’s nothing easy about the orange marmalade recipe I am about to share with you. I made hundreds of jars of this marmalade over the years. I spent six-seven hours at a time peeling oranges and watching a whole season of Friends in the meantime to make this excruciatingly boring task more fun.

It took me a few trial runs to figure out how to thicken the marmalade because in the beginning it always came out too runny and fruits separated from sugar syrup. But after all the torture I was rewarded with the most delicious fresh and zesty orange marmalade that is not one bit bitter! 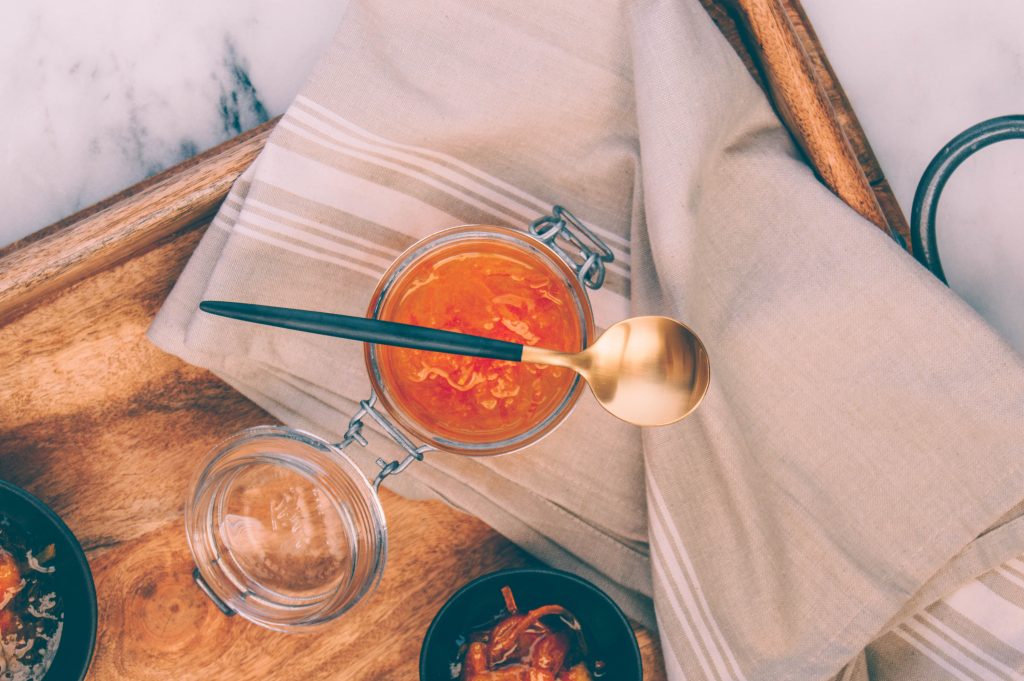 I will go as far as to say that this is the best orange marmalade you’ll ever try! I am not shy to say it, because this is not my recipe. The recipe was created by talented Pierre Hermé, a French pastry chef and chocolatier who was awarded the title of World’s best pastry chef in 2016.

I first found the recipe in the blog of a Russian pastry chef Nina Tarasova who translated it into Russian. If you know Russian, check the step-by-step recipe in her blog.

The hardest part of the cooking process is peeling oranges. What makes marmalade bitter is the white part under the rind. You need to peel the rind very thinly making sure that no white parts get into the marmalade. After removing the rind, you’ll need to divide each orange into segments and remove all the peels and membranes that cover each segment. The resulting product should be pure orange pulp and juices. It’s a time-consuming and boring process, but it has to be done. Turn on your favorite movie and embrace the idea of spending a few hours with your hands submerged into orange juice. 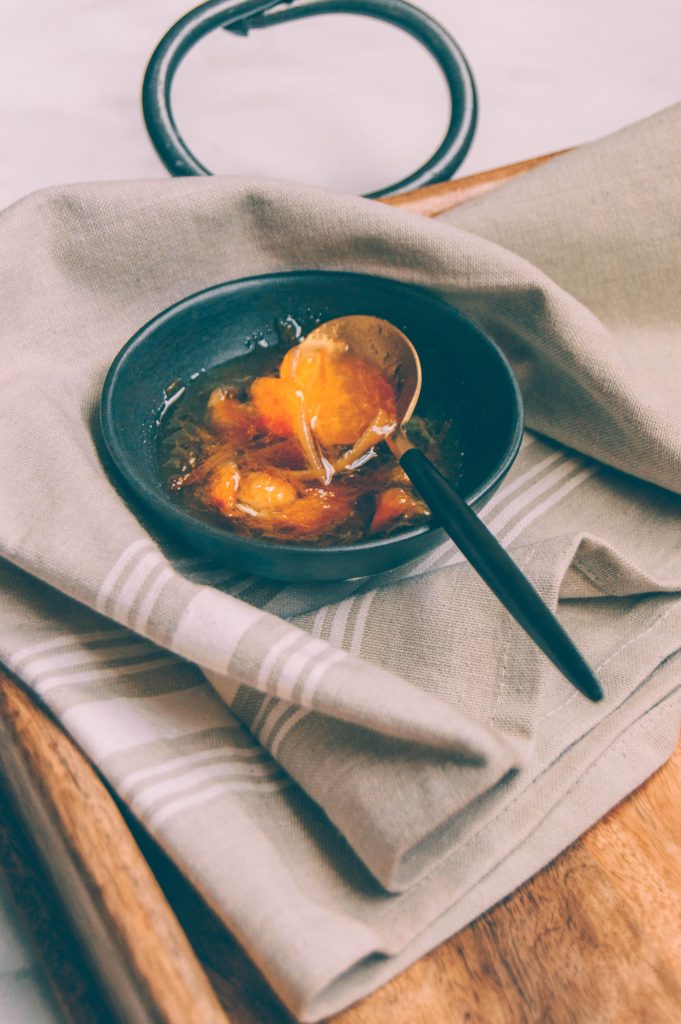 Recipe Modification and the Use of Pectin

I made only one сhange to the original recipe by adding pectin to help marmalade thicken. I understand how ridiculous it is to make corrections to a recipe developed by Pierre Hermé, but I’ve prepared this marmalade dozens of times and it never thickened by itself. If you want to try making the original recipe, just omit pectin. Nina Tarasova doesn’t use pectin in her recipe, but almost all of the comments in the post say that jam turned out too runny. I was relieved to know I am not the only one who couldn’t get it right at first.

I don’t specify the exact amount of pectin in the recipe for several reasons. First, it will depend on the amount of fruits and sugar that you will have to weigh in the process of cooking. Second, various brands of pectin work differently. Before moving to USA, I used to buy unbranded pectin powder in bulk and use 13 g of pectin per 1 kg of sugar. It worked like magic. In USA, I bought commercial pectin with instructions to add 50 g of pectin to 800 g of sugar. The marmalade still didn’t set very well. I recommend to read the instructions on the box of pectin to define the exact amount you’ll need. Some brands recommend to dissolve pectin in water first, then add it to jam. Other brands sell pectin in liquid form.

I personally mix pectin powder with a little bit of sugar and then add it to jam almost in the end of cooking process. By mixing pectin powder with sugar you make sure that pectin particles won’t stick together creating jelly-like clusters. Pectin doesn’t affect the taste of jam, only its texture, so don’t be afraid to add a little more if you see that marmalade isn’t setting well. Make sure to add a little at a time and keep in mind that it will set more after cooling down.

I hope I didn’t scare you off by this rant. This orange marmalade recipe is not as complicated as it is time-consuming. Making it is not going to be fast and easy, but come to think of it, the best things in life are never fast and easy. 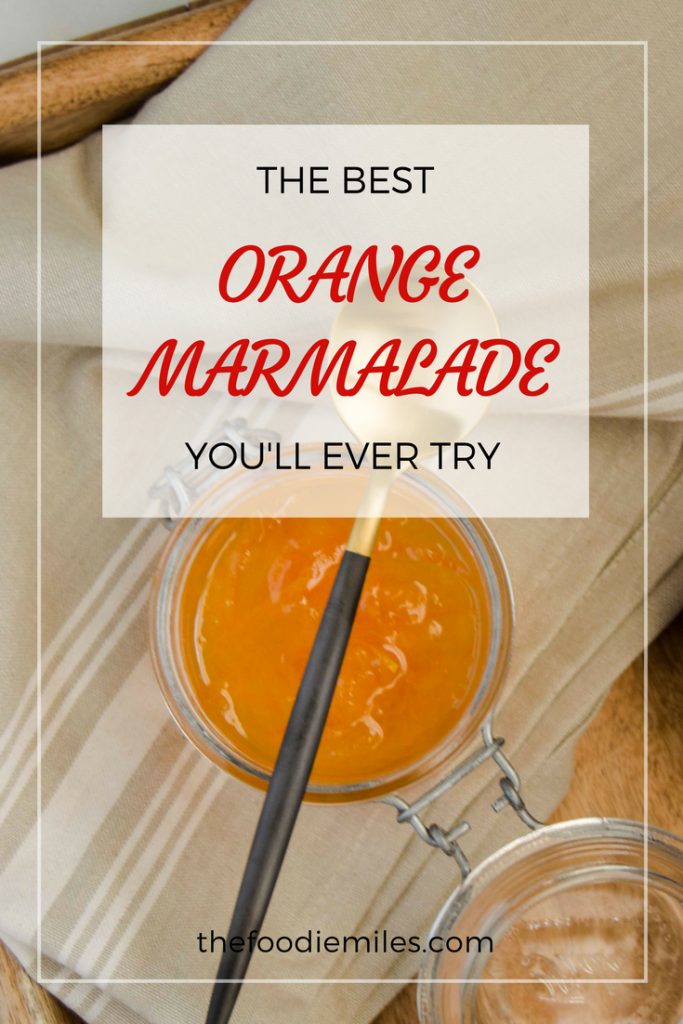