I had a light breakfast, an even lighter lunch and a several hours walk around San Antonio before heading down to Lulu’s Bakery and Café for what seemed like an impossible challenge – eating a 3 pound cinnamon roll (1,3 kilos). 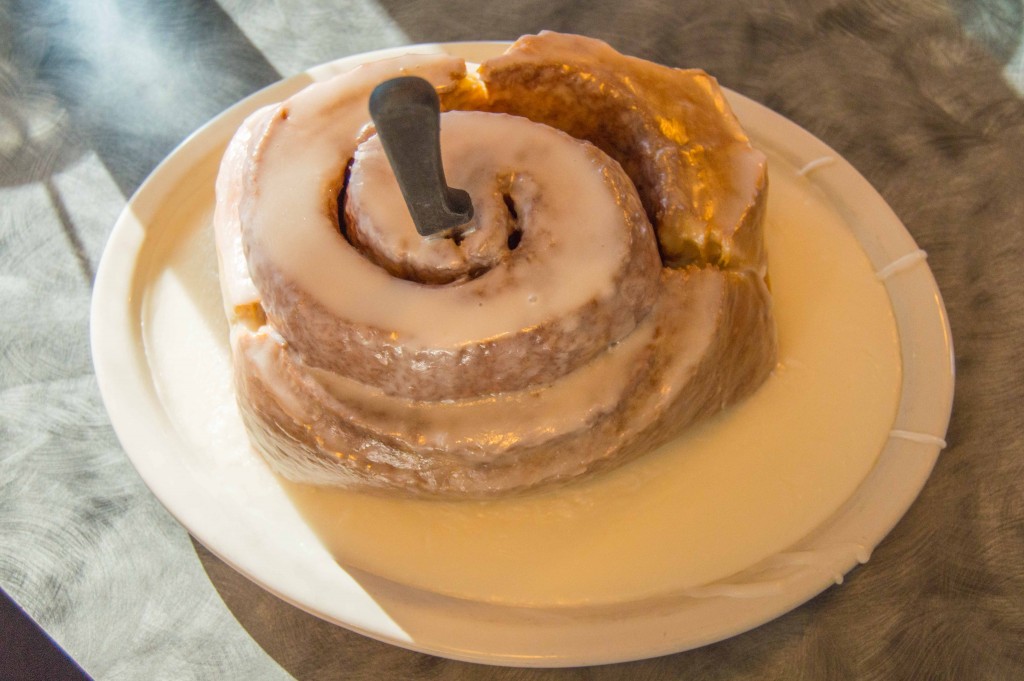 This cinnamon roll was on the top of my list of foods to try in San Antonio for a while now, but I knew that it doesn’t make sense to go there unless I have 6 other people to share the roll with or… my 16-year-old brother who can eat an elephant in a blink of an eye, all because, as he explains it, “a lot of energy is required for a growing teenage body”. 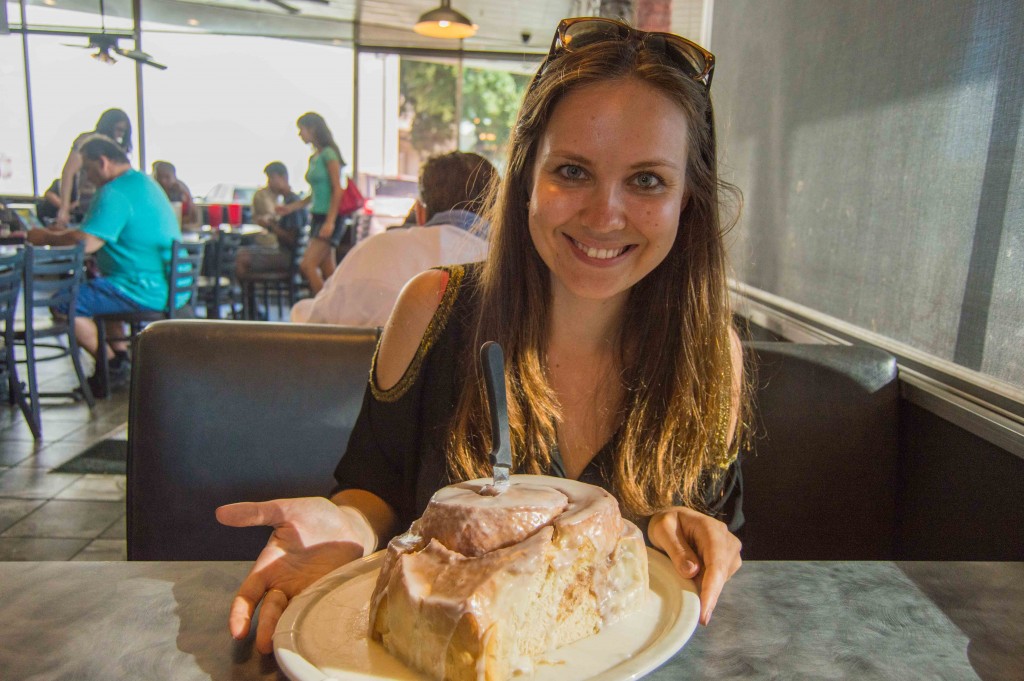 So I used this precious opportunity to visit Lulu’s and get my hands on this giant of a pastry that was featured on Man vs Food with Adam Richman. After seeing the pictures and videos I had an idea of what’s waiting for me at Lulu’s but when I actually saw the waitress carrying a cinnamon roll that was taking up all the space on her tray I couldn’t help but let out a terrified and astonished gasp! People at the nearby tables seemed to look as impressed and I could notice them nodding in our direction and almost pointing fingers. The knife inserted in the middle is a normal size dessert knife, just so that you understand proportions. 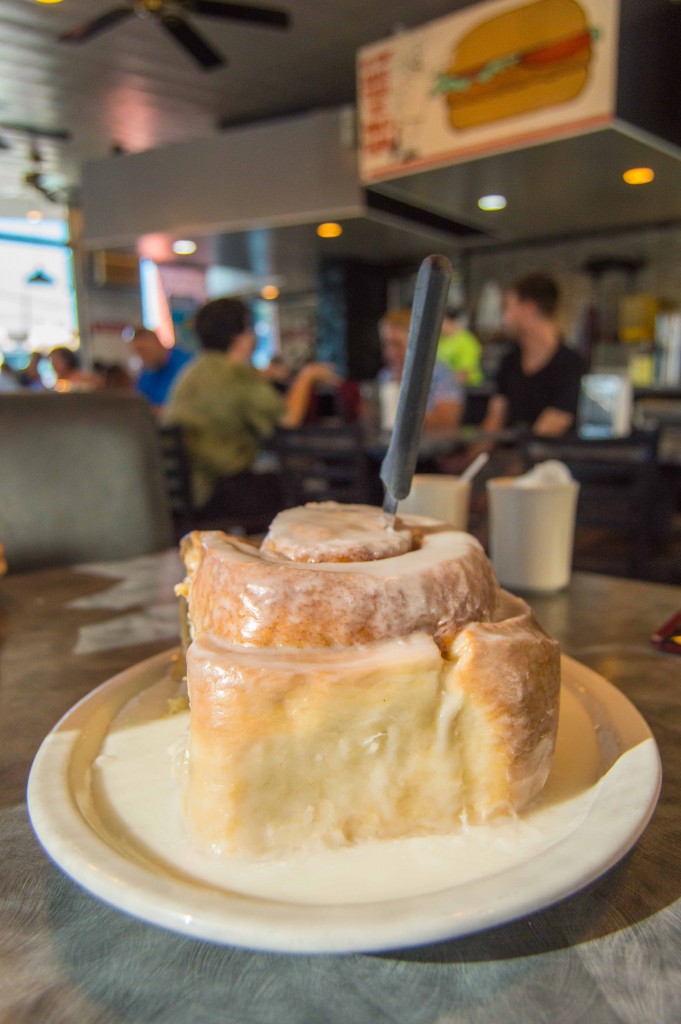 And here’s also a coffee cup just next to the roll. You would probably need a pot of coffee to go along with this giant because a cup gets lost next to it. 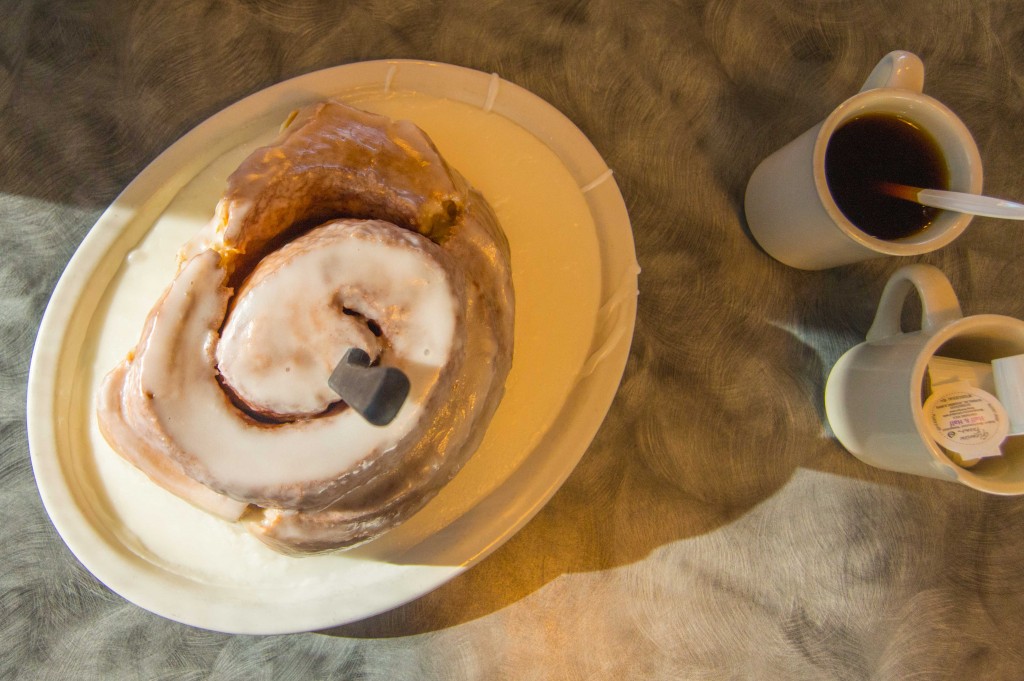 The roll came straight out of the oven and onto our table. Making it is no easy task: the dough is rolled out 6 feet long (183 cm), buttered and sprinkled with heaps of sugar and cinnamon. The preparation takes 2 hours and then 2 more hours of baking – you would think this baby needs quite some time in the oven. When ready, the pastries are covered with icing sugar and a whole lot of it: the roll is pretty much swimming in a pool of icing at least 0,5 inch deep (1,3 cm). 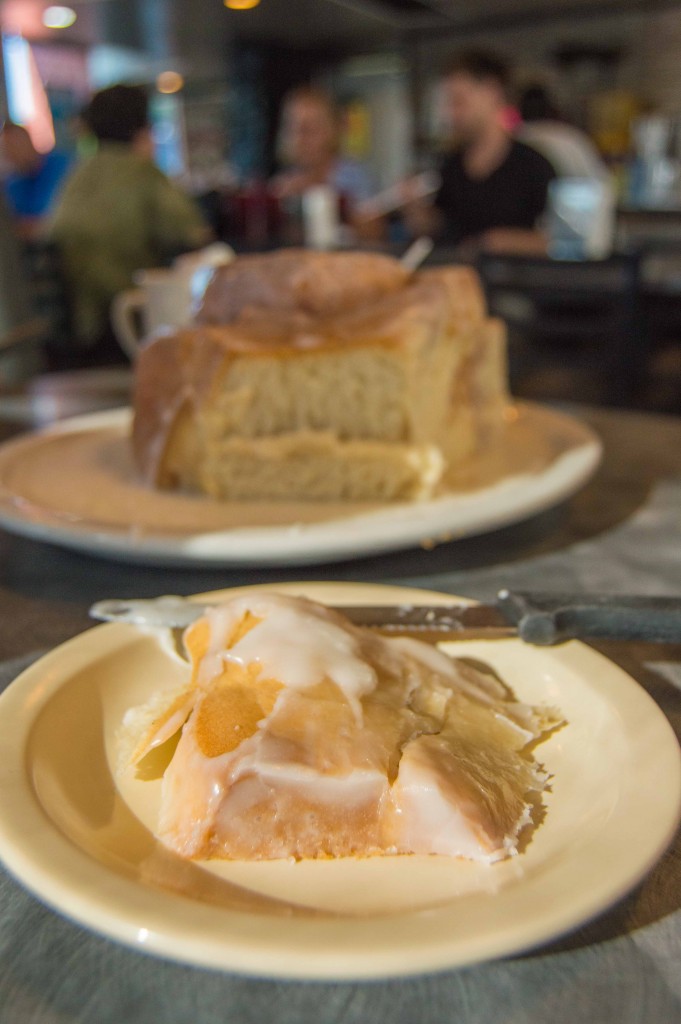 I’ve had a slice and got most of the roll packed up to go – it can be kept without refrigeration for 1 week. My plan to freeze half of it at home and enjoy the other half for breakfast during the week failed. Remember the 16 year-old brother of mine? 3 pound cinnamon roll was gone in 1 day! Well, on the bright side, I won’t have to burn off all that sugar on the treadmill for hours. 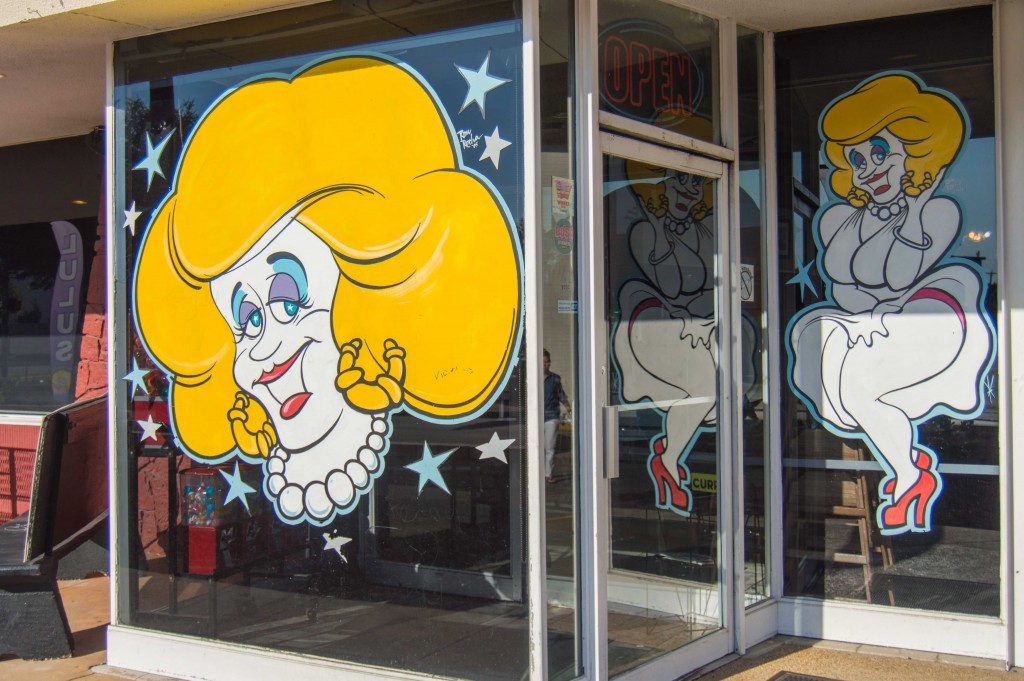 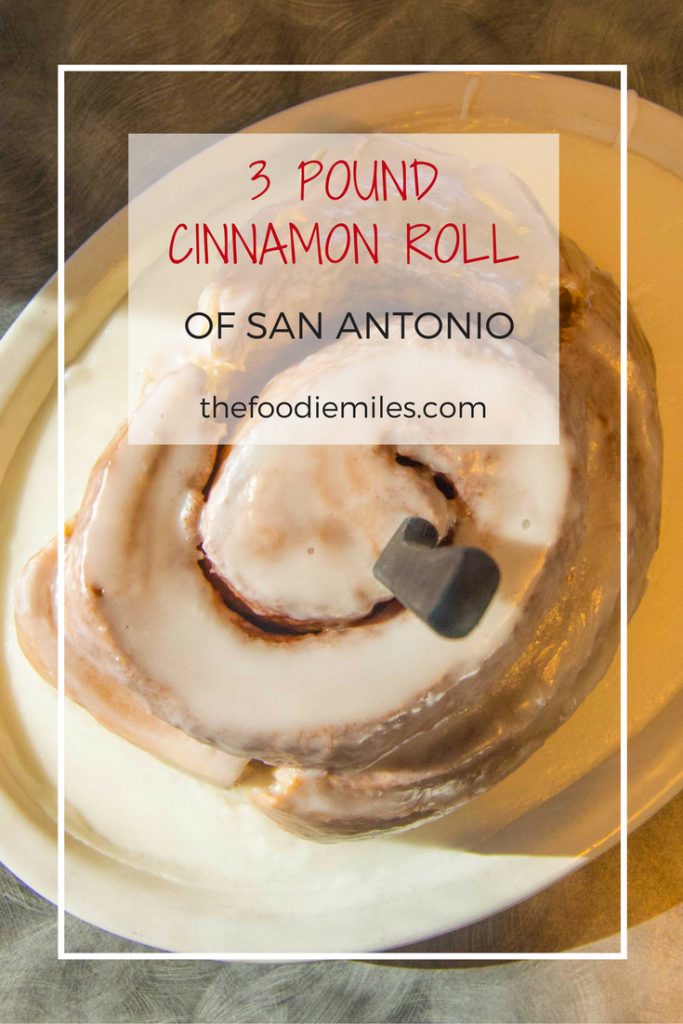